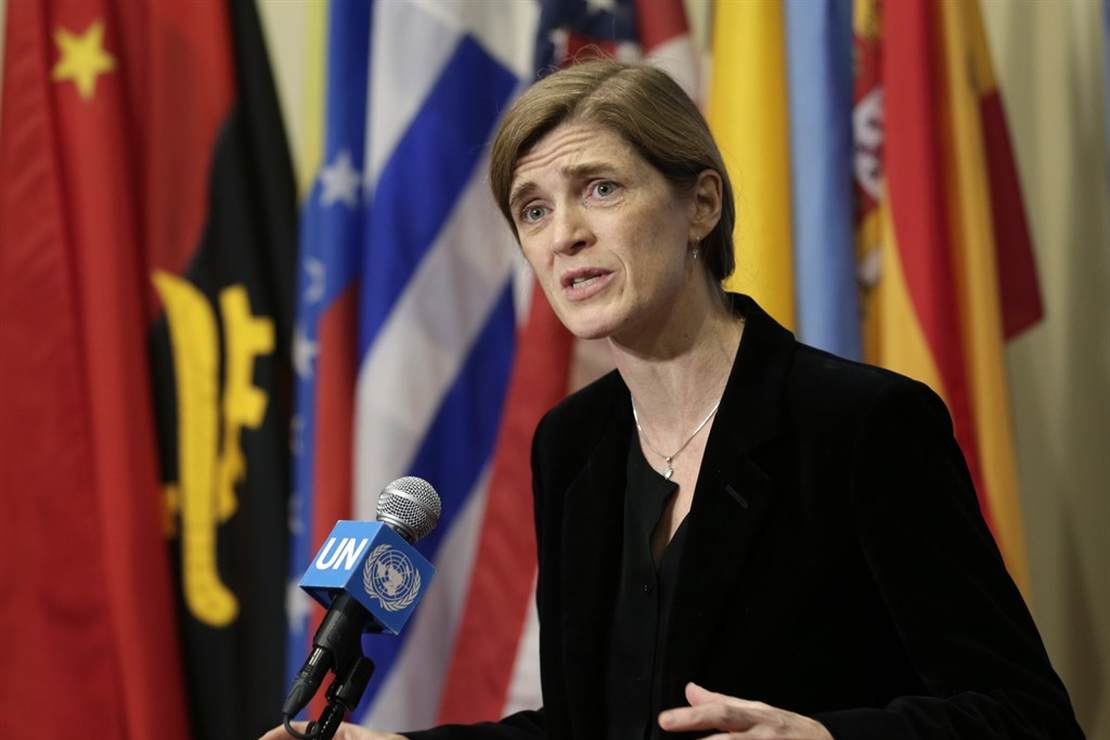 On Wednesday, acting Director of National Intelligence Richard Grenell released the list of Obama administration officials who sought to “unmask” the identity of Michael Flynn during Trump’s presidential transition.

On the top of the list was Obama’s former U.S. ambassador to the United Nations, Samantha Power, who made at least seven requests between November 30, 2016, and January 11, 2017.

Despite making seven requests during this period, two of them on the same day, Power testified under oath that she had “no recollection” of ever making any unmasking requests of Flynn.

Here is a portion of the transcript of Power’s testimony:

MR. SCHIFF: Well, let me then ask you about, sort of, maybe the gravamen of how this came about. And I think it came about over a concern about the leaking of Mike Flynn’s name.

Now, the White House has publicly acknowledged that they had to let him go because he didn’t disclose a conversation he had with the Russian Ambassador on the subject of sanctions.

None of the reports that l’ve seen that will be related to you or you’ll be asked about today concern the conversation with Mike Flynn and the Russian Ambassador.

So, to your knowledge, did you ever make [redacted]

MS. POWER: I don’t recall making such a request. I want to just again stress, though, that any time a U.S. person or entity’s name came to nie disclosed or annotated or where I requested it and it came back, I never discussed it with another member of the human race.

So, you know, I don’t recall making such a request. I wasn’t tabulating when and whether I was making requests. I wasn’t thinking about this practice in the fraught way in which we are discussing it. But, certainly, I have nothing to do with the leaking of names that were deminimized in whatever process occurred –

MR. SCHIFF: And I just want to be clear that there’s no indication you ever made a request or that there necessarily was even a report on that subject. But I did want to get you on the record on that, because at the end of the day that’s sort of where this came from.

MS. POWER: Yes. I have no recollection of making a request related to General Flynn.

MR. SCHIFF: Okay. And I take it you never leaked Mr. Flynn’s name in any way, General Flynn’s name?

Samantha Power’s testimony was released last week. Unmasking an American citizen’s identity is not illegal if you have the proper clearance, but leaking that information is.

In 2017, Fox News reported that Samantha Power “was ‘unmasking’ at such a rapid pace in the final months of the Obama administration that she averaged more than one request for every working day in 2016 – and even sought information in the days leading up to President Trump’s inauguration.”

Former Vice President Joe Biden, then-FBI Director James Comey, then-CIA Director John Brennan then-Director for National Intelligence James Clapper, and Obama’s Chief of Staff Denis McDonough we’re also on the list of officials who made unmasking requests. Like Powers, Biden also previously denied having any knowledge of the investigation or the Flynn unmasking, though he didn’t testify to this point under oath.

Matt Margolis is the author of Trumping Obama: How President Trump Saved Us From Barack Obama’s Legacy and the bestselling book The Worst President in History: The Legacy of Barack Obama. You can follow Matt on Twitter @MattMargolis