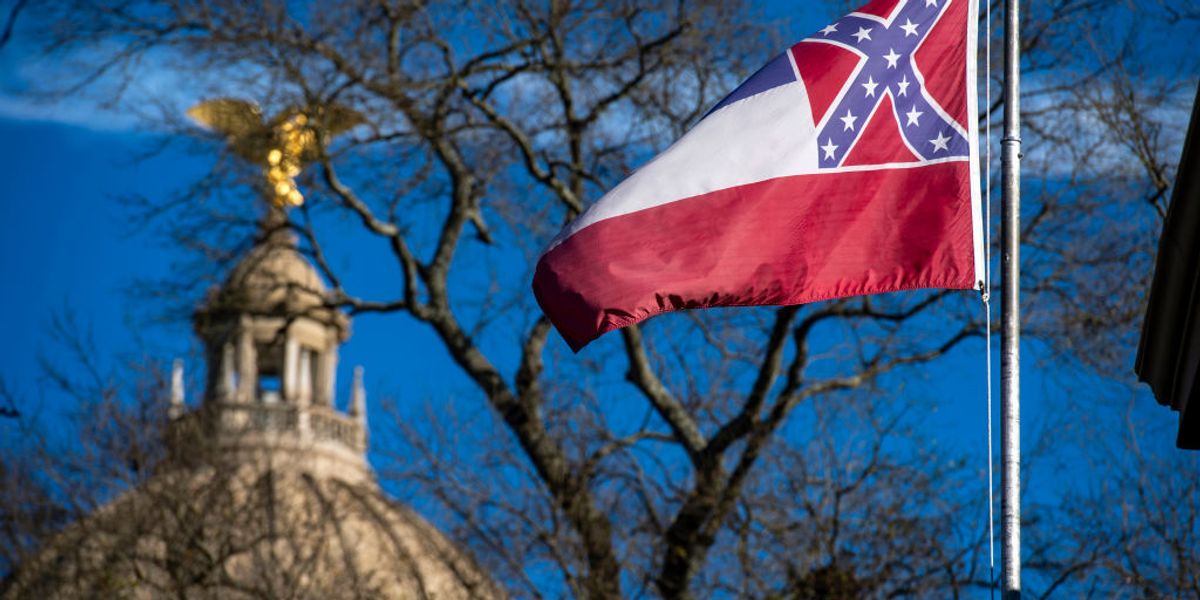 By a margin of 85-35, the chamber voted to suspend the rules in the House on Saturday so they can consider a bill to alter the state flag. The Senate followed and passed the resolution with a 36-14 vote. Lawmakers reached the two-thirds majority needed to suspend the rules to consider the change. A separate vote can now happen on a flag bill, which only requires a simple majority to pass, and then it can be sent to the governor.

If the governor approves of the flag change, a commission would design a new Mississippi state flag that will not include the Confederate battle emblem, but will include the phrase “In God We Trust.” A commission to resign the flag will be created by Sept. 14, 2020. A new design would be put on the Nov. 3 ballot. If voters approve of the new design, it will become the new state flag. If voters reject the design, the commission will offer another redesigned flag during the 2021 legislative session.

The Magnolia State’s flag was adopted in 1894 and it features a red field topped by a blue “X” with 13 white stars.

“The eyes of the state, the nation and indeed the world are on this House,” said Republican Jason White, the second-ranking office in the Mississippi House. “I know there are many good people who … believe that this flag is a symbol of our Southern pride and heritage. But for most people throughout our nation and the world, they see that flag and think that it stands for hatred and oppression.”

“I don’t think we can move forward together if we say, ‘Ýou can have any flag you want except … this one,'” said Republican Rep. Chris Brown. “If we put the current flag on the ballot with another good design, the people of Mississippi will change it. I believe that. Let’s not steal their joy. They want to show the world that they’re moving on.″

“Some of you when you come in here don’t notice that flag up in the corner,” said Democratic Rep. Ed Blackmon, D-Canton. “There’s some of us who notice it every time we walk in here and it is not a good feeling … It ought to be something that fills us with a sense of pride, so we know it’s about us, not just some of us.”

“I think it was a historic moment in our state and it was the right thing to do,” said Republican House Speaker Philip Gunn. “The bottom line is the image of our state hangs in the balance.”

Also on Saturday, Republican Gov. Tate Reeves said for the first time publicly that he would sign a bill to change the flag.

“The legislature has been deadlocked for days as it considers a new state flag,” Reeves said on Twitter. “The argument over the 1894 flag has become as divisive as the flag itself and it’s time to end it. If they send me a bill this weekend, I will sign it.”

“For economic prosperity and for a better future for my kids and yours, we must find a way to come together. To heal our wounds, to forgive, to resolve that the page has been turned, to trust each other. With God’s help, we can,” Reeves wrote on Facebook. “No matter where you are … I love you, Mississippi.”

The legislature has been deadlocked for days as it considers a new state flag. The argument over the 1894 flag has… https://t.co/nQLuxeIVl5

Walmart announced this week that it would no longer display the Mississippi state flag in its stores. Earlier this month, the NCAA’s Southeastern Conference told Mississippi that if it does not change its flag, the state might be barred from hosting championship events.