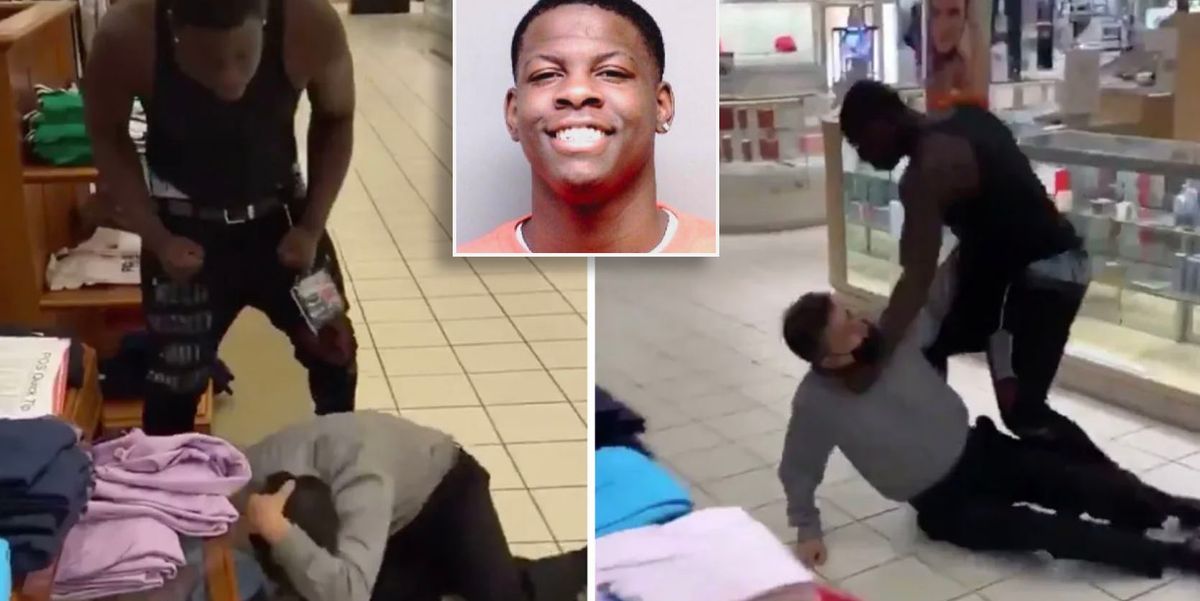 The crime is a felony and carries a maximum prison sentence of 10 years.

#BREAKING — Charges issued for attack of a Macy’s employee inside the Genesee Valley Mall.
➡️ 18yo Damire Palmer f… https://t.co/dpGWPEOiCw

In a viral video, Palmer is allegedly seen brutally beating a Macy’s store manager in Flint. Palmer’s brother, who filmed the attack, later claimed the victim called his brother the N-word, which provoked the attack. However, Macy’s debunked the claim after investigating the June 15 incident, explaining the attack was completely “unprovoked.”

Police have been searching for the brothers for more than a week, but they have yet to locate them.

At a press conference, Leyton confirmed the attack was unprovoked.

“This was an unprovoked attack,” Leyton said. “The internal video for Macy’s shows the suspect approaching from behind the victim. The store manager appears unaware that he’s even there.”

In fact, the district attorney explained that Palmer and the victim called prior to the attack, when Palmer asked if a jacket fit him.

Regarding the accusation that the store manager used a racial epithet, Leyton said there was no evidence proving that happened — and even if it had occurred, the use of racial slurs do not legally permit assault.

“Even if there were verbal provocation, which we have no evidence of, violent retaliation is not permitted by the law,” Leyton explained, WJRT reported.