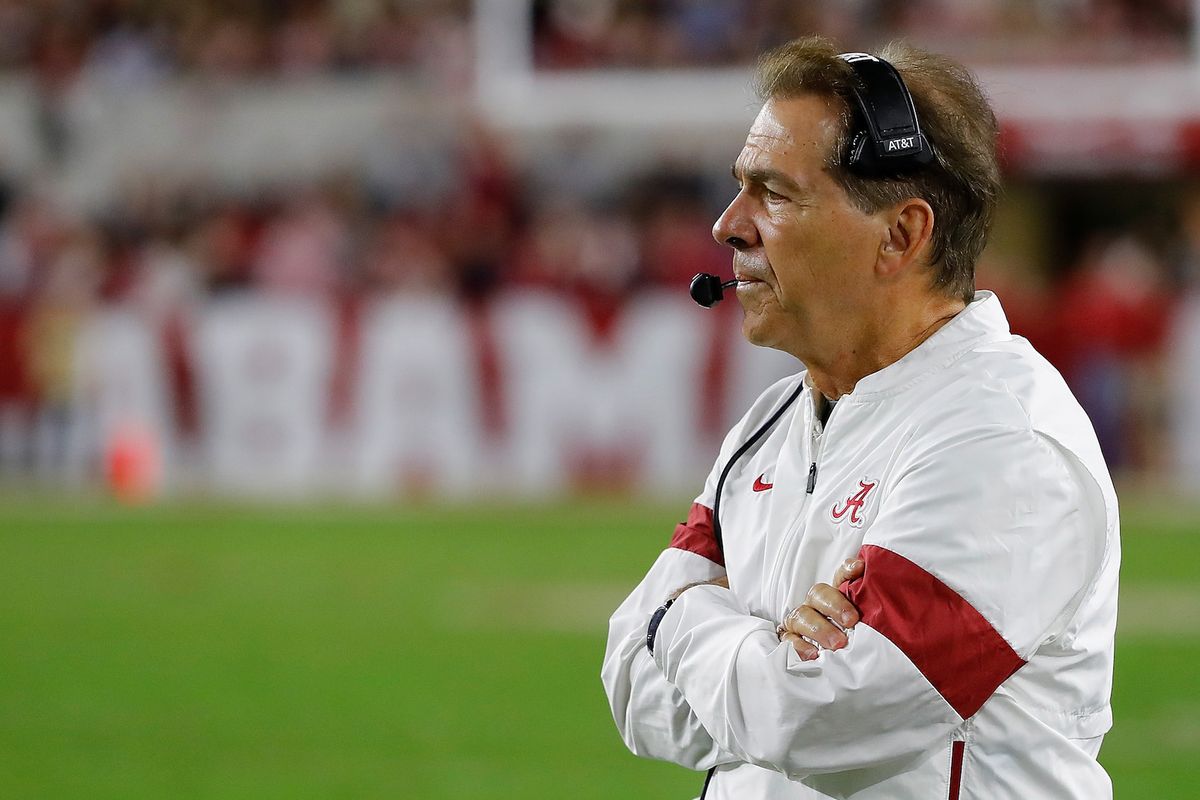 The mayor of Carbon Hill, Alabama, resigned over the weekend, shortly after he posted his frustration with the University of Alabama football program for its support of Black Lives Matter, ESPN reported.

Mayor Mark Chambers turned in his letter of resignation on Saturday, the same day he wrote that he was selling his University of Alabama memorabilia due to the college football program’s “sorry ass political views.”

“I got several Alabama pictures for sale Nick Sabin (sic) and the Tide is done in my opinion I’ll post them tomorrow,” Chambers wrote. “I’m not getting rid of them because of how they have performed. Their sorry ass political views is why their (sic) getting out of my house. … When you put Black lives before all lives they can kiss my ass.”

The Alabama football team shared a video in which Saban and some of his players read an essay written by offensive lineman Alex Leatherwood that included the theme, “All lives can’t matter until black lives matter.”

“In this moment in history, we can’t be silent.” https://t.co/YF4ndJSpa0

Although Chambers’ resignation came right after the social media posts, it’s not clear whether the two are related. Chambers has gotten in trouble for controversial remarks in the past, including criticisms of the LGBTQ community in which he said, “The only way to change it would be to kill the problem out,” leading some members of the city’s council to resign in opposition to him.

Carbon Hill is a town outside of Birmingham, where the University of Alabama is located, that has a population of about 2,000 people.

Regardless of their personal political views, coaches can feel the pressure to make public statements because their livelihoods depend on being able to convince young athletes and their parents, who are often back, that they will be safe and respected in the program.