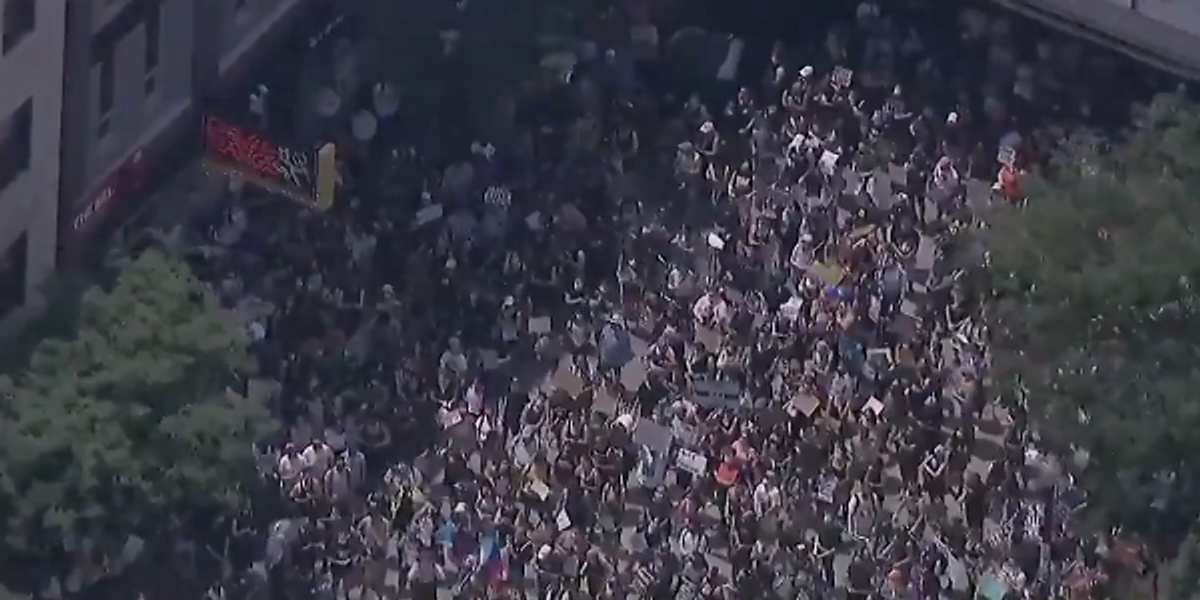 June is Pride month, and June 28 is a celebrated day in LGBTQ history as it is the anniversary of the Stonewall Rebellion in New York City on June 28, 1969. Most cities have canceled their Pride events and parades because of the coronavirus pandemic. But apparently not everyone got the message, especially in Chicago, where a massive crowd gathered.

“Aerial footage shows massive crowds rallying to celebrate #Pride in Chicago,” the Bloomberg QuickTake Twitter account posted on Sunday with a video that featured people amassing with little or no social distancing.

Chicago’s annual Pride Parade was canceled this year due to COVID-19 concerns, but another event called “reclaim Pride” was organized and hundreds of people gathered in the Windy City. There was also a Pride Without Prejudice Rally that had anti-Trump signs.

Thousands also gathered in New York City for the Queer Liberation March. Social distancing was rarely practiced at that event as well.

Thousands are already lining up

During a Pride march in New York City, there were clashes between NYPD cops and demonstrators.

Pepper spray, including of a cop, another falls off a motorcycle, other cops pushing…. at splitter Pride march. https://t.co/kauOXsAwbG

These cops just got ran up on people https://t.co/RnibVPjKfm

NYPD officers are chased off after altercations and arrests with #QueerLiberationMarch protestors in #NYC #NYCPride… https://t.co/TyBaYOaKmr

The huge LGBTQ events happened on the same day that the coronavirus pandemic reached a new milestone — surpassing 10 million confirmed coronavirus cases and more than half of a million COVID-19 deaths worldwide.