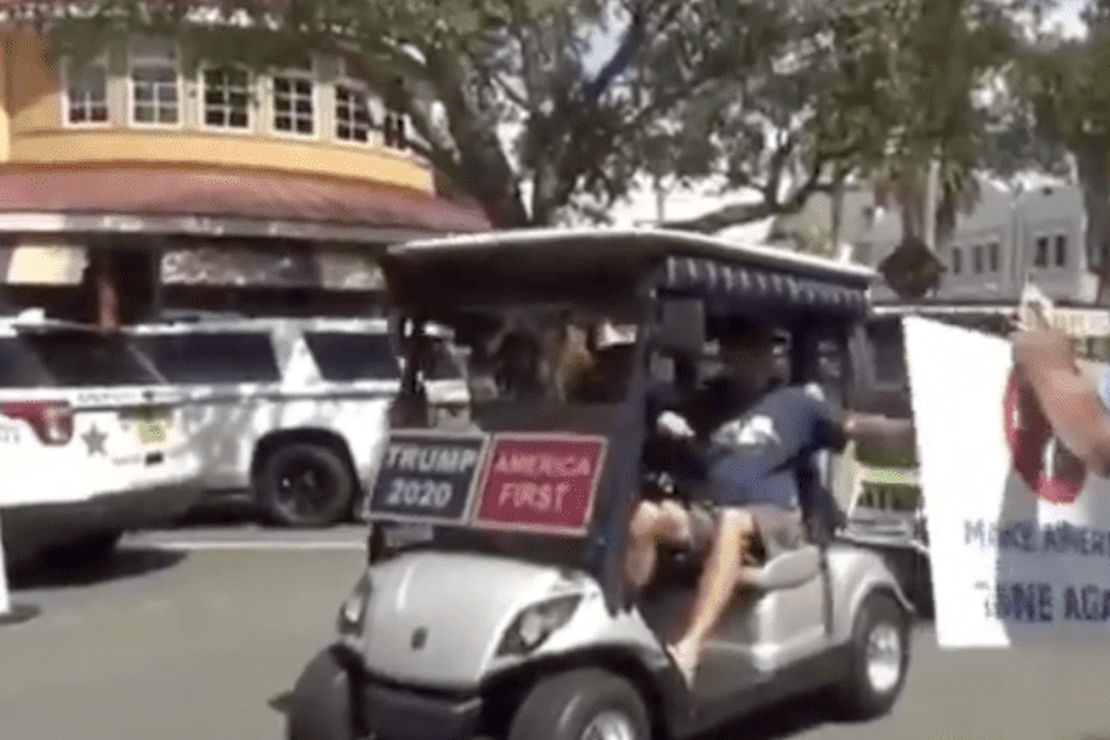 Did you ever dream you’d see a pro-Trump golf-cart parade full of angry old people battling other angry old people over a political candidate? The simulation is working overtime to provide us with all the evidence we need to wake up to the reality that we are living in some kind of dream state where jokes come true, everything is ridiculous, and battling grannies are the final stage before we all wake up in alien pods.

Seniors from The Villages in Florida protesting against each other: pic.twitter.com/Q3GRJCTjEW

For some reason, the president thought this was fun and retweeted it and seemed not to realize one of the guys in the golf carts was shouting “white power,” either in an effort to annoy the protesters or because he believes it. Who knows? Still, neither side looks particularly good here. The grantifa granny in black is particularly foul, calling everyone a “f*cking Nazi,” which is ironic, since many of these people are old enough to have actually fought against actual Nazis.

I find it hard to believe this actually happened. It’s like Twitter in real life. Is this performance art? A flashmob of idiocy? I can’t think of anything more ridiculous than senior citizens, who are supposed to be the wisest among us—the most seasoned, the most reasonable people of all—losing their minds like this. Apparently, we can’t count on anything anymore including the wisdom of our elders.

Is 2020 over yet? I want to wake up now even if it means that whatever is really going on is some kind of alien torture—which would be preferable to this.

BOMBSHELL: Could OMICRON be the CURE for covid? Highly infectious strain with “mild” symptoms could deliver worldwide natural immunity and make vaccines obsolete
It’s Morning in America!: The Great Hope of <em>Dobbs</em> Is a Beautiful Challenge to Us All
Soros-Backed DA Larry Krasner Freed a Suspected Carjacker to Become a Suspected Murderer
Rittenhouse Takes Aim at Lin Wood
Now Profits Are a Justification for Discrimination?