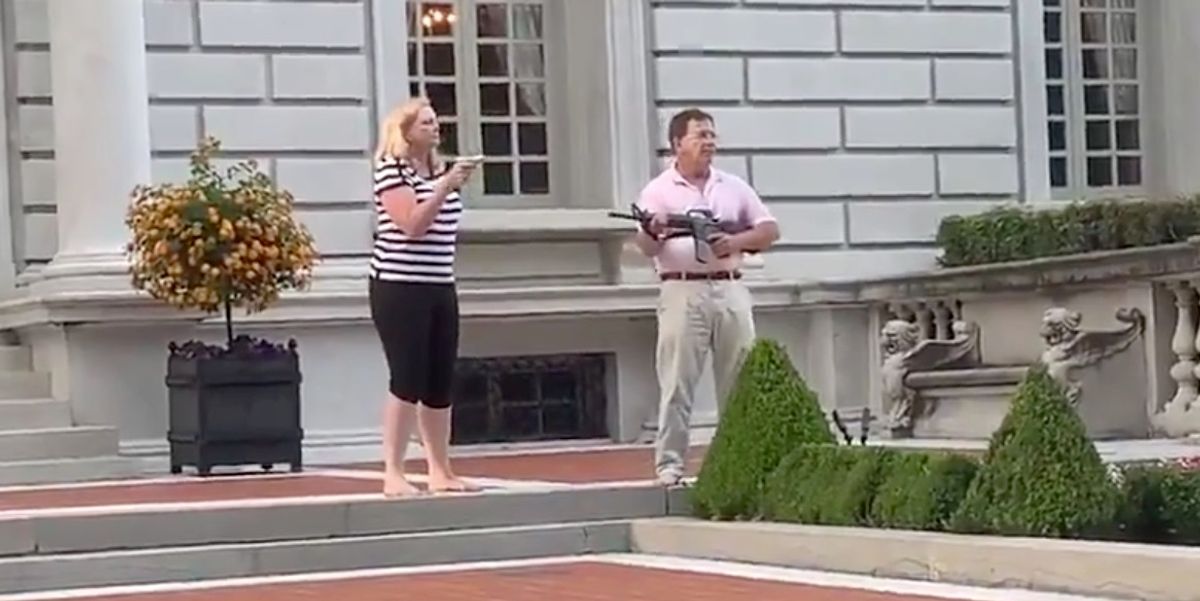 Police confirmed Monday they are investigating whether assault occurred — but not by the McCloskeys.

According to the St. Louis Post-Dispatch, police are investigating whether the mob of protesters, which numbered approximately 500, committed fourth-degree assault by intimidation, as well as trespassing.

Police said the mob “forcefully” broke an iron gate “marked with ‘No Trespassing’ and ‘Private Street’ signs.” The demonstrators then allegedly threatened the McCloskeys.

“The group began yelling obscenities and threats of harm to both victims,” police said, the Post-Dispatch reported. “When the victims observed multiple subjects who were armed, they then armed themselves and contacted police.”

Pictures of the McCloskeys’ neighborhood showed that protesters destroyed an iron gate to access the private, gated community.

Fully debunked conspiracy theory about white couple that pulled guns on peaceful protestors. The broke the gate and… https://t.co/T7Nne1HSVJ

According to Anders Walker, a constitutional law professor at St. Louis University School of Law, the McCloskeys did not violate any laws. In fact, he told the Post-Dispatch that Missouri’s castle doctrine permits residents to protect private property with force.

“At any point that you enter the property, they can then, in Missouri, use deadly force to get you off the lawn,” Walker said.

“There’s no right to protest on those streets,” he explained. “The protesters thought they had a right to protest, but as a technical matter, they were not allowed to be there. … It’s essentially a private estate. If anyone was violating the law, it was the protesters.”

In an interview with KMOV-TV, Mark McCloskey recalled the chilling details of what happened.

“A mob of at least 100 [protesters] smashed through the historic wrought-iron gates of Portland Place, destroying them, rushed towards my home where my family was having dinner outside, and put us in fear of our lives,” he said. “This is all private property. There are no public sidewalks or public streets. We were told that we would be killed, our home burned, and our dog killed.”

“We were all alone facing an angry mob,” Mark added.