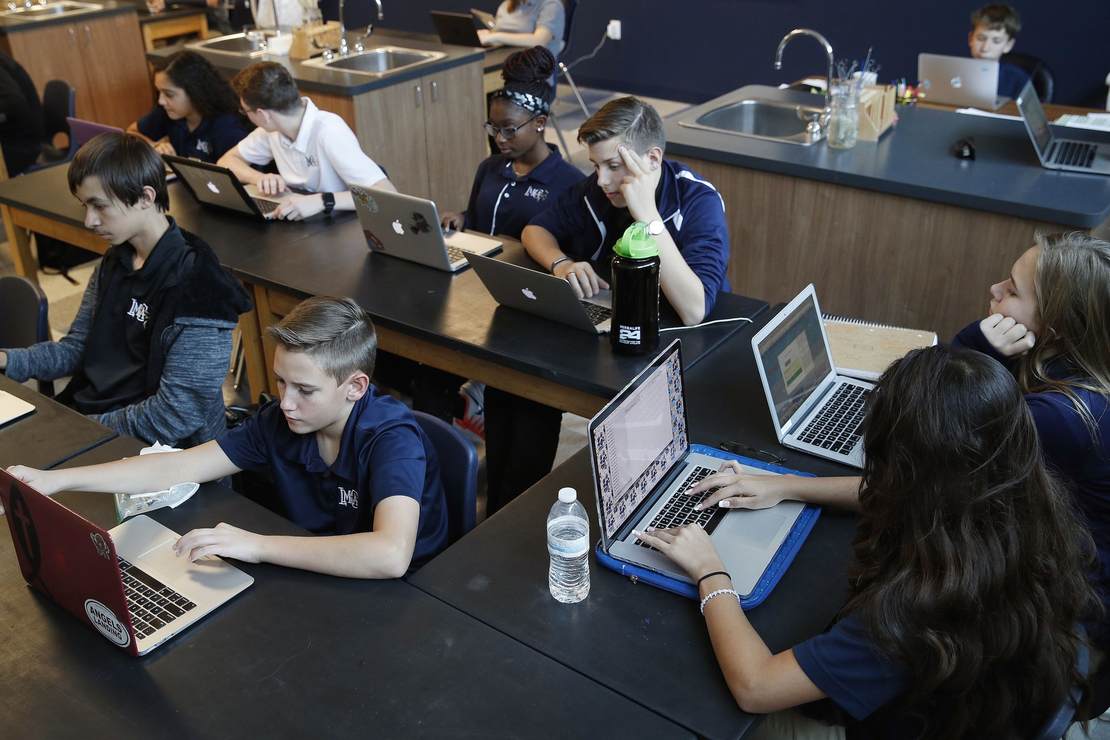 By a 5-4 vote, the Supreme Court upheld a lower court decision that allowed a Montana scholarship program that benefitted mostly private school kids to go forward.

Chief Justice John Roberts wrote the opinion for the majority.

In her dissent, Justice Sonia Sotomayer seemed to invoke a strict constructionist view.

Justice Sonia Sotomayor wrote in dissent that the high-court ruling “is perverse. Without any need or power to do so, the Court appears to require a State to reinstate a tax-credit program that the Constitution did not demand in the first place.”

If it’s not in the Constitution, it doesn’t need adjudicating? One would hope Sotomayer and the other liberals on the court would take that notion to heart.

Naturally, conservative activists are overjoyed at the decision.

Advocates for allowing state money to be used in private schooling said the court recognized in its decision that parents should not be penalized for sending their children to schools that are a better fit than the public schools.

“This opinion will pave the way for more states to pass school choice programs that allow parents to choose a school that best meets their child’s individual needs, regardless of whether those schools are religious or nonreligious,” said Erika Smith, a senior attorney with the Institute for Justice, which represented the parents in their court fight.

“School choice” means school vouchers and that doesn’t sit well with the teachers and their powerful unions.

But the president of the Montana Federation of Public Employees, which counts more than 12,000 teachers and other school workers as union members, called the decision “a slap in the face” to its members and the communities they serve.

Just once I’d like to read something from the left that isn’t full of wild charges and hysterical exaggerations.

The problem not pointed out by the union or other liberal opponents is that the law that bans on aid to religious schools has its origin in anti-Catholic bigotry, as Brian Burch of The Catholic Vote points out in an email to PJ Media’s Tyler O’Neill.

“Today’s Supreme Court decision is a long overdue victory for American families and a defeat for anti-Catholic bigotry. The Supreme Court made clear today that a state cannot exclude religious schools from funding made available to other private schools, including Catholic schools which serve millions of children of every faith and background. With this ruling, the Court has also reined in state “Blaine amendments” which originated in shameful 19th century anti-Catholic bigotry, and have allowed governments to discriminate against Catholic institutions for 145 years. Minority families and children will especially benefit from today’s ruling as they increasingly seek alternatives to failing public schools. Finally, today’s decision is yet another reminder of why sound legal reasoning and judges matter, and a reminder for voters on what is at stake in November.”

What’s at stake is Donald Trump being able to continually remake the federal courts by naming qualified conservative judges to the bench. And, of course, the balance of power in the high court, currently on the right, would flip if Joe Biden were elected and a vacancy opened.

For many families with kids in private schools, the court’s decision is most welcome.

Biden heckled during Virginia event, takes shot at Trump and his rallies
Biden Administration to Impose Vaccine Mandate for Federal Workforce: Report
20 Things That Caught My Eye Today: Transgender Dangers in the Open & More
Data on COVID-19 From Other Countries Presents a Puzzling Predicament for Our Health Experts
‘Unwoke’ With Kevin and Kruiser #4: ‘Grandpa, What Was Comedy Like in the 1980s?’