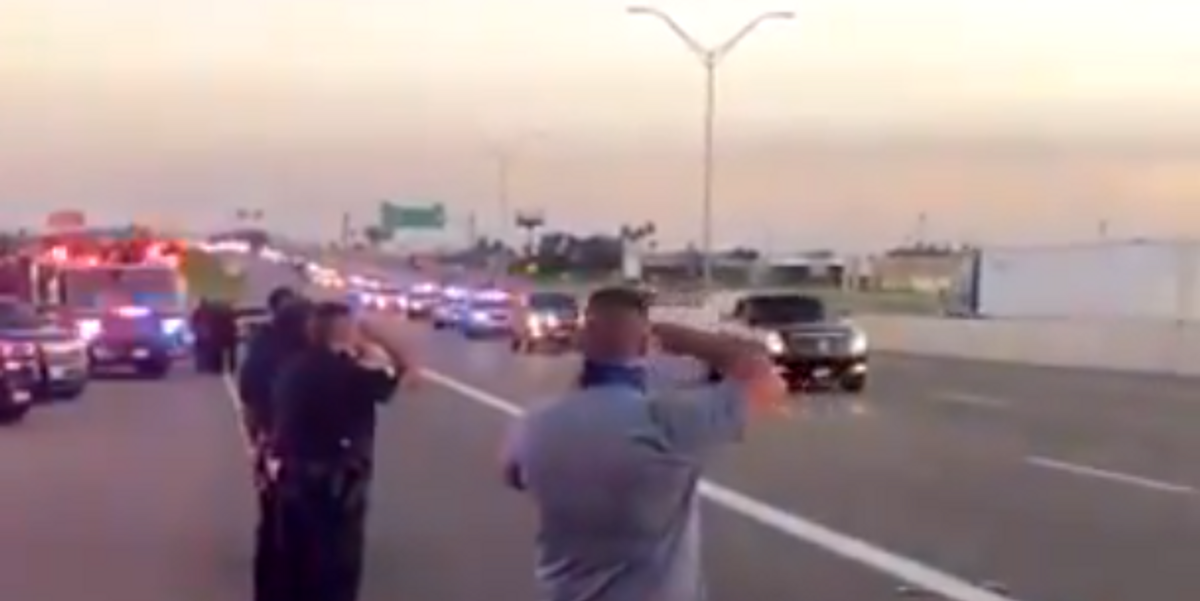 Officers Edelmiro Garza, Jr., 45, and Ismael Chavez, 39, of the McAllen Police Department in Texas were shot and killed on Saturday. The officers were reportedly ambushed while responding to a domestic disturbance call at a residence.

Chavez was a former chemistry teacher and football coach, and the father to Savannah Chavez. The daughter of the slain officer posted several memories and heartfelt tributes to her loving father on Twitter.

I’m so proud of you and all your accomplishments and I’m proud to call you my father. i can’t thank you enough for… https://t.co/taEDoQQTSl

One post honoring her late father received much attention.

words cannot describe the pain I’m in, but I’m glad my dad is at peace. you were an amazing man and anyone who ever came across you knew that. I’m going to miss you so much. you died doing what you loved most, you died a hero. i love you daddy, see you soon. #BlueLivesMatter

Chavez has since deleted the tweet because it received insensitive messages from Twitter users because she used the hashtag #BlueLivesMatter.

One Twitter user responded to the tweet by saying: “I am so sorry for your loss but you didn’t have to use a racist hashtag,” according to Heavy.com.

“Blue lives matter was literally created in response to and to undermine black lives matter,” another person wrote. “There’s no other connotation unfortunately.”

“Well atleast your pops is a good cop now, 6 feet in the dirt where he cant hurt nobody,” a user tweeted.

“Rip to your daddy!!! But one cop down many more to go,” another person responded.

Dozens of Twitter users responded to the tribute with “ACAB,” which means “All Cops Are Bastards.”

it makes me absolutely sick how divided this country has become https://t.co/OChbymldRh

“These are difficult moments,” McAllen Police Chief Victor Rodriguez said at a press conference. “The officers came here to maintain peace. Instead, they were taken down by gunfire.”

The suspect, identified as Aldon Caramillo, 23, shot and killed himself shortly after firing on the police officers.

“Two of our finest were killed in the line of duty while working to protect residents in their community,” wrote Texas Gov. Greg Abbott. “I’ve spoken with McAllen Police Chief Victor Rodriguez and offered the full support of the State of Texas. We unite to #BackTheBlue. #RGV.”

Two of our finest were killed in the line of duty while working to protect residents in their community.

Fellow police officers paid their final respects to Chavez and Garza in a 50-vehicle procession that accompanied the bodies of the fallen officers in McAllen.