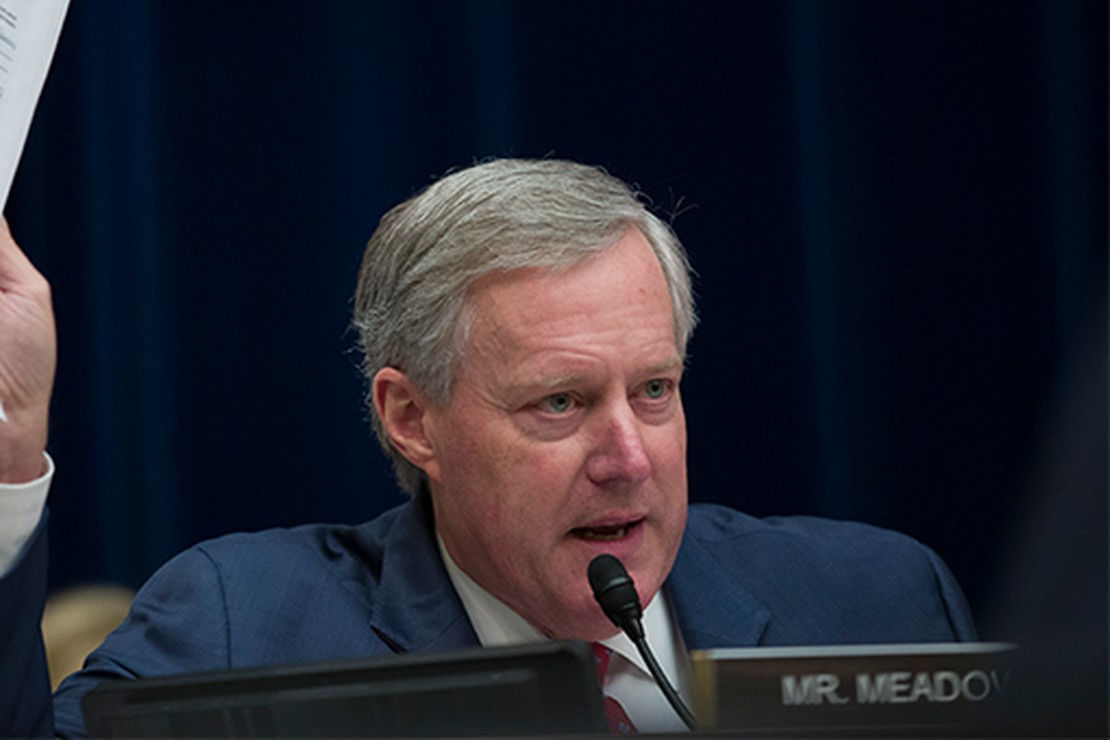 Some headlines make you laugh. This morning, Axios blared this one: “Scoop: How the White House is trying to trap leakers.” Reading the article is pretty entertaining, mostly because the staffers are anonymous. From the article:

President Trump’s chief of staff, Mark Meadows, has told several White House staffers he’s fed specific nuggets of information to suspected leakers to see if they pass them on to reporters — a trap that would confirm his suspicions. “Meadows told me he was doing that,” said one former White House official. “I don’t know if it ever worked.”

Why it matters: This hunt for leakers has put some White House staffers on edge, with multiple officials telling Axios that Meadows has been unusually vocal about his tactics. So far, he’s caught only one person, for a minor leak.

The big picture: Trump has made clear to Meadows that an important part of his job is to “find the leakers” — a wickedly difficult task that has plagued all three of Meadows’ predecessors.

Did Meadows leak his strategy?

These paragraphs beg a few questions. First, is the former staffer the minor leaker that was fired? Second, if staffers are on edge, that is a good thing. Leaking classified and other information is a crime. If they aren’t leaking information, there should be no reason for them to be on edge. Finally, the fact that Meadows has been vocal about his tactics is a warning shot. He may or may not be doing it. But it will certainly give those predisposed to leak pause before they ring up Maggie Haberman or Adam Goldstein.

According to the article, President Trump is particularly frustrated by two recent leaks. One is the debunked Russian bounty story, and the other is the Secret Service’s decision to have him go to the bunker during violent protests outside the White House.

Perhaps Axios and others in the White House have forgotten that President Barack Obama had a record number of leak investigations and prosecutions during his tenure:

Two other high ranking Obama officials, General David Petraeus and General James Cartwright, were also prosecuted as part of leak investigations. They both ultimately pled to lesser charges and were never indicted under the Espionage Act. Cartwright was also later pardoned. Including their cases, the total number of leak case prosecutions under the Obama administration was 10.

President Barack Obama strongly supported Holder’s war against journalists’ sources, despite once promising to protect whistleblowers when in office and running for president on the national security scandals of the Bush administration — misdeeds that became public only because of leaks.

“Since I’ve been in office, my attitude has been zero tolerance for these kinds of leaks and speculation,” Obama said in June 2012. “Now we have mechanisms in place where, if we can root out folks who have leaked, they will suffer consequences. In some case, it’s criminal. These are criminal acts when they release information like this. And we will conduct thorough investigations, as we have in the past.”

According to someone “familiar with Meadows thinking” in his role as chief of staff, he is primarily concerned with leaks related to national security. As we saw with the premature Russian bounty story, leaking has negatively impacted the ongoing investigation of the claim, limiting the intelligence community’s ability to verify whether or not Russians truly are paying the Taliban to assassinate Americans. As Secretary of Defense Mark Esper told the House Armed Services Committee:

“We are aggressively pursuing leaks within the Defense Department. It’s bad and it’s unlawful and it needs to stop.”

What this administration is asserting is no different than what the Obama administration contended in pursuing leaks related to national security and classified information. What is different is that many of the leaks coming out of the Trump White House are not accurate or are carefully constructed to harm the administration. The leaks from the Obama White House were generally correct and, in some cases, exposed government lying. Snowden exposing NSA spying on Americans was one explosive example.

It will be interesting to see if anything comes from this article. The premise is rather funny, given the reporting. One has to wonder if only one person inside the White House has been given some of the information in the article. Meadows did report they had tracked down and fired the staff member responsible for leaking the social media executive order.

It will be more interesting to see if the investigation being led by Secretary Esper in the Russian bounty story will yield an outcome. White House officials have confirmed they have narrowed the list of suspects to less than ten individuals. Additionally, Marine General Frank McKenzie of the U.S. Central Command found no evidence any Americans died in Afghanistan as a result of the alleged bounty program.

It is past time that sensitive leaks related to national security and classified information stop. Whistleblowers have a process to report situations that need to be addressed inside the government. Dropping this information to a resistance reporter is not the appropriate process and should not be tolerated.

Brooklyn Nets ban Kyrie Irving from team over his COVID vaccine refusal
Terry Bradshaw complimented a female sports reporter on her looks and Twitter is very angry
Allison Williams delivers tearful and powerful explanation why she defied ESPN’s vaccine mandate; will now be forced out of the company
China’s Newly Elected U.N. Torture Committee ‘Expert’ Is an Evangelist for ‘Xi Jinping Thought’
Will Biden Blow It for McAuliffe in Virginia?