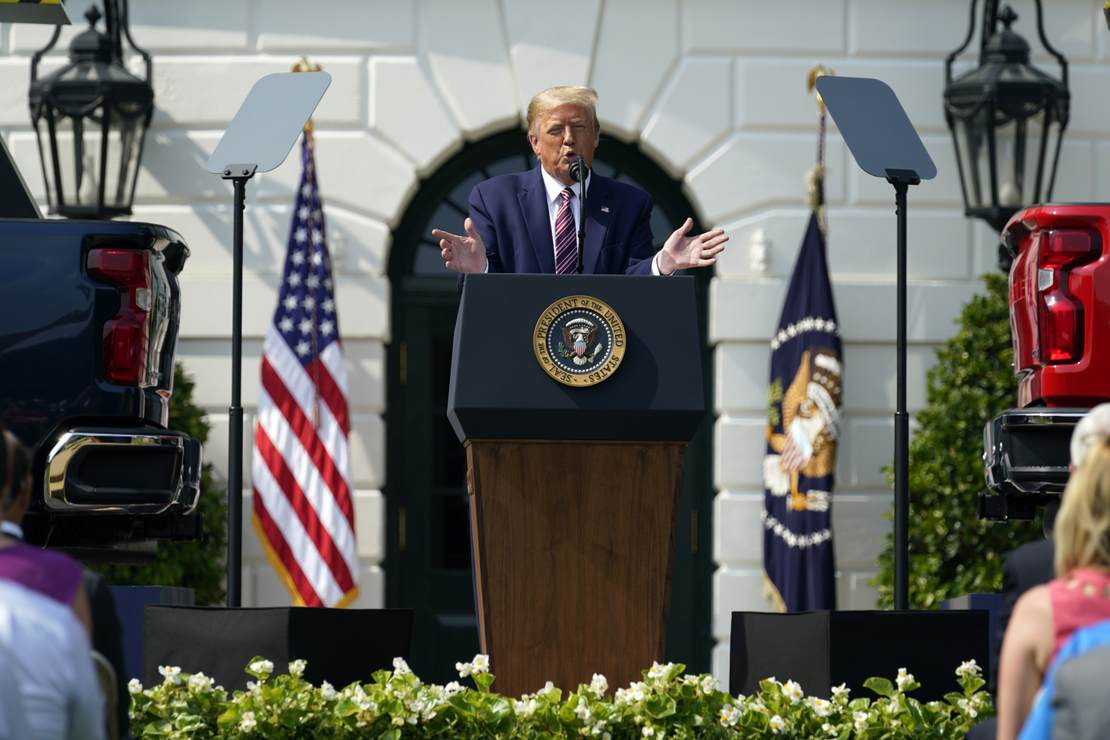 President Trump began highlighting Joe Biden’s horrific housing policy in a speech on July 16. The president is framing the policy in stark language by letting voters know that Joe Biden wants to “abolish the suburbs.” It would be great if this were hyperbole, but it is not.

As Trump mentions, Biden’s policy will put local zoning in the hands of federal bureaucrats. To receive HUD grants and highway funds, communities will need to agree to eliminate zoning for single-family housing. The president then correctly draws the conclusion that housing values will go down in areas where this policy is implemented.

He repeated these comments when he conducted a tele-rally for Wisconsin voters. Now the media is trying to cast his remarks as dark and imply racist motivations. Twitter lit up with this inference last night because Trump argued that these policies would bring “who knows into your suburbs.”

Claiming the far left will bring “who knows into your suburbs” that will cause “your communities will be unsafe and your housing values will go down.” https://t.co/3cLJMC4Ass pic.twitter.com/R6jzdQeRYH

Again, the president is correct. Some of us got a glimpse of what this can do to a community following the housing crash. The phrase “who knows into your suburbs” has nothing to do with race. It has to do with a complete revision of the social contract in these communities, by which — I would assert — the minority neighbors in my subdivision would be as appalled as I am. Let me explain.

Following the housing crash, my suburban Chicago subdivision saw record foreclosures and a drop in housing values. It was a neighborhood of about 1,500 homes that was a planned community with an elementary school in the middle that all the neighborhood children attended. There were also parks and pools for the residents to use.

With the decline in housing values, large rental companies came in and bought up the smaller homes in the development. In the six years we lived there, several things happened. About 20% of the houses became rental properties. Several streets only contained rentals, and it was apparent. The agencies did not provide lawn and outdoor maintenance on these homes, and neither did many of the residents.

The parks became less populated with children playing unsupervised. The expansive outdoor recreation was one of the reasons we selected that neighborhood. By the fourth year we lived there, it was often the case that my children were the only ones playing at the park I could see from my kitchen window. There were also a lot more children and teens getting ejected from the pool for bad behavior.

About a year before we left, I met with my child’s resource teacher. When I entered her office, I noted she looked tired. She informed me they now had a gang problem in the elementary school. She said it was worse at the junior high, where two of my children were attending. However, it was taking a toll on the school staff and changing the resources they needed to address the problem. That year a school resource officer was placed at the junior high.

When it was time for us to move, we took a significant loss on the sale. Our home had lost over 20% of its value. This loss was despite the market having recovered to some extent. The original purchase was also near what should have been the bottom of the market.

There was no bright-line related to race that divided the renters from the homeowners in this community. It was a fairly diverse neighborhood, to begin with. The “who knows [what] in the suburbs” had more to do with lifestyle and behavior rather than anything else.

It did not involve all the renters. However, it was enough of them to make a difference. Not all the landlords participated in the Section 8 housing program, but some did. These things happened in a single neighborhood full of single-family homes. Biden’s housing policy goes much further by establishing the volume of low-income and multi-unit housing each community must provide.

Why abolish the suburbs?

The goal of this policy is two-fold. The climate cabal would like us all to be living in much smaller homes with less land. It demands we all live in arrangements where commuting is less ordinary, and public transportation is the norm. Preferably, the cabal would like to cram us all closer to urban centers and riding on human meat tubes.

The ideological left sees it as an opportunity to consolidate power. Urban centers where the vote for Democrats reaches +30 contain a whole lot of wasted votes. By redistributing their supporters, the leftists envision making traditionally tight races in suburban and exurban districts flip to them. You can count on red counties and suburbs being the first ones addressed under the policy.

This policy is more radical than the one adopted by Barack Obama. It is further proof that Biden is not going to govern as a moderate. He is an empty vessel the ideological left will use to consolidate power in D.C., including the power to decide how your small town or suburb will be organized. This policy is a straight-up power grab using executive branch authority, not congressional action, that needs to be resisted.

No, Trump Isn’t Crazy. Joe Biden Poses a Threat to the Suburbs. Here’s How.