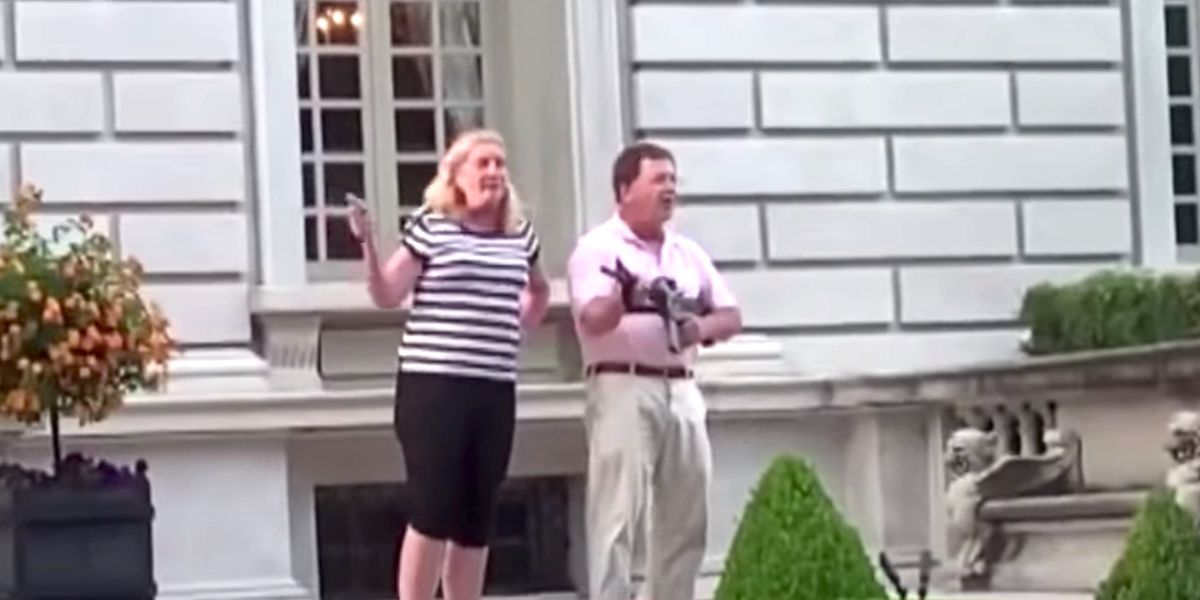 Missouri Attorney General Eric Schmitt
said that he filed to dismiss the charges against a St. Louis couple who used their firearms in order to ward off Black Lives Matter protesters from their property.

Schmitt posted a lengthy response to the charges from his Twitter account on Monday, where he accused St. Louis Circuit Attorney Kim Gardner of having a political motivation for the prosecution.

“St. Louis prosecutor Kim Gardner is engaged in a political prosecution. I entered the case seeking a dismissal,” tweeted Schmitt.

“As AG I have a duty to protect the fundamental rights of all Missourians including the right to keep [and] bear arms in self-defense of one’s person [and] home,” he added.

Gardner announced earlier Monday that Mark and Patricia McCloskey, who are both personal injury attorneys, were charged with felony unlawful use of a weapon.

“It is illegal to wave weapons in a threatening manner,” Gardner
said in a statement, “that is unlawful in the city of St. Louis.”

The McCloskeys became a national story when Black Lives Matter protesters damaged a gate on June 28 and entered onto a private street on their way to the home of the St. Louis mayor. The couple stood outside their home with a handgun and an AR-15 rifle warning the protesters to stay away. Videos of the incident quickly went viral on social media.

Schmitt opined in his Twitter thread that the McCloskeys were justified in their brandishing of firearms to protect themselves and their property.

“The right to defend one’s person, family, home and property has deep roots in Missouri law. Self-defense is the central component of the right to keep & bear arms, which receives the highest protection from the MO Constitution,” he added in a
second tweet.

Schmitt went on to claim that the prosecution of the McCloskeys would undermine the right to self-defense.

“The prosecution sends a powerful message to all Missourians that they exercise their fundamental right to self-defense at their peril. Missourians should not fear exposure to criminal prosecution, even prison time, when they use firearms to defend themselves and their homes,” Schmitt
said.

If the charges are not dismissed and the McCloskeys are found guilty, they could face up to four years in jail and up to a $5,000 fine.

Here’s more about the charges against the McCloskeys: