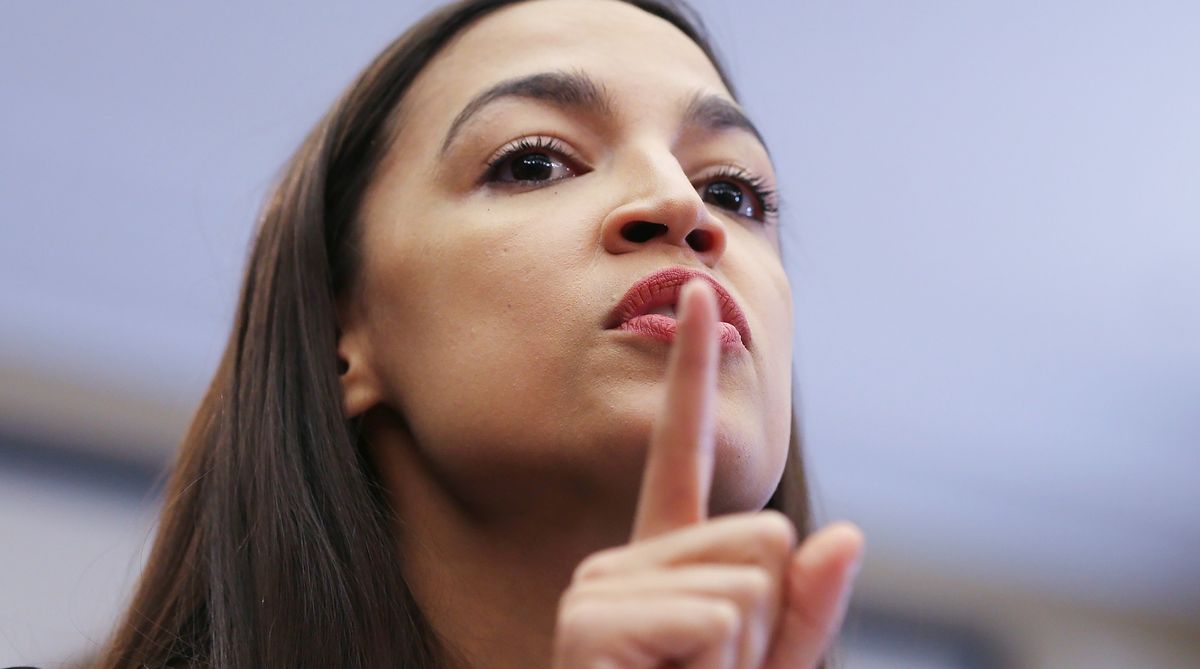 Far-left serial provocateur Rep. Alexandria Ocasio-Cortez (D-N.Y.) spent her afternoon Thursday explaining to her Instagram followers that America is racist because “virtually” all of the statues in the U.S. Capitol represent “colonizers and settlers.”

But the figure she singled out as an example of “white supremacist culture” left people scratching their heads over her argument.

The Washington Examiner‘s John Gage wrote on Twitter, “@AOC calls the statue in the US Capitol building of Father Damien [of Molokai], a canonized saint in the Catholic Church, a part of ‘white supremacist culture.’ Father Damien died of leprosy after spending his life serving others who had the disease.”

Gage included a clip posted from Ocasio-Cortez’s video, where she wrote in the text:

Even when we select figures to tell the stories of colonized places, it is the colonizers and settlers whose stories are told — and virtually no one else. Check out Hawaii’s statue.

It’s not Queen Lili’uokalani of Hawaii, the only Queen Regnant of Hawaii, who is immortalized and whose story is told. It is Father Damien. This isn’t to litigate each and every individual statue, but to point out the patterns that have emerged among the totality of them in who we are taught to deify in our nation’s Capitol: virtually all men, all white, and mostly both. This is what patriarchy and white supremacist culture looks like! It’s not radical or crazy to understand the influence white supremacist culture has historically had in our overall culture & how it impacts the present day.

The congresswoman’s attack on Father Damien baffled many, including the Bishop of the Los Angeles Diocese, Bishop Robert Barron, who posted his own
video on social media explaining how the departed saint volunteered to minister on the island of Molokai—a leper colony—knowing that he would never leave. Bishop Barron called Ocasio-Cortez’s selection of Father Damien to pick on out of all the statues in the Capitol as “crazy and outrageous.”

Father Damien is revered in Hawaii.
National Review pointed out the the state even declared an annual holiday in his honor in 2009.

Ocasio-Cortez responded to Gage’s post, writing, “1. Unsure why you cut the context of the video. Here’s moment prior. 2. Read the text of the video you posted: it’s not about litigating an indiv person or statue, but examining that the TOTALITY of all 100+ statues are almost all white & male, incl to rep largely nonwhite places.”

When we talk about sexism and racism being cultural — aka just the water that we swim in and don’t even realize — I want to show you a real life example. This is the crypt of the US Capitol. In general, the Capitol has statues all over the place. They’re everywhere you turn. I walk under past them every day on the way to work. Millions of people come here every year to learn these stories and see who is celebrated as heroes in US history. Who do you see? Who do you not see?