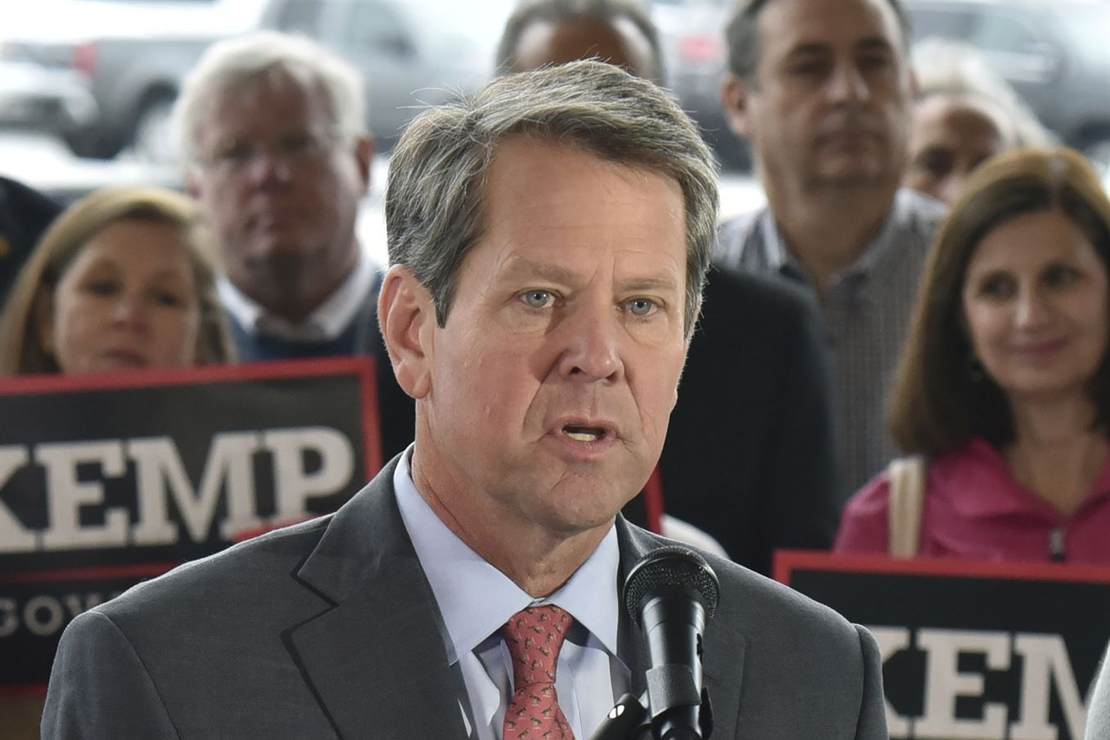 I am old enough to remember when the media was trashing Georgia Gov. Kemp for being a first to reopen the economy. Massive death and suffering were sure to follow. That didn’t happen and Kemp never got an apology or an opportunity to tout the success of the reopening.

Then the riots happened over Memorial Day weekend and continued apace following the death of Rayshard Brooks. About two weeks later, Georgia’s case-rate began to climb. The cases were concentrated in Fulton County, where the protests occurred in Atlanta and two adjacent counties, Gwinnett and DeKalb.

By that time Georgia had been open for six weeks. Georgians were not going back on lockdown. We were back to eating out, back to the gym, and getting our hair done. It was starting to feel like we could get back to normal. Most Georgians also don’t take hypocrisy lightly. If thousands of people could be in the streets in downtown Atlanta, there was no way you were going to stop those of us outside the city from meeting friends for a plate of nachos and a beverage on Friday evenings.

Governor Kemp resisted calls to lock down again. He insisted that the freedoms that had been restored be available to Georgians across the state. Nor did the governor let mayors in Savannah and Atlanta place additional restrictions inside their cities. He also ensured no Georgian or business would be fined for not wearing masks or enforcing mask-wearing.

He invalidated local ordinances that mandated masks or levied fines. Following that announcement, there was much screeching and gnashing of teeth from Atlanta Mayor Keisha Lance Bottoms. Kemp went on a statewide tour to educate the public on mask-wearing with the surgeon general. He has also consistently modeled the behavior in public and on social media.

However, to those on the left, letting adults assess their own risk and make a personal decision is not allowable. So the governor was trashed again amid rising cases due to the Mostly Peaceful Protests™. Then Mayor Bottoms blew it by negotiating with domestic terrorists who had taken over a local Wendy’s they had burned down. Then an 8-year-old girl was shot at the border to Atlanta’s own mini-CHAZ.

Governor Kemp decided to put an end to the madness the mayor could not control and sent in the National Guard to stop the daily madness and rising violence. Roughly ten days later, new cases began to drop. Now Georgia has every reason to be cautiously optimistic. The 7-day rolling average appears to be at the beginning of a downward slope.

There is a theory that cases begin to decline once about 20% of the population has been infected. The CDC estimates that the actual number of infections is approximately ten times the number of confirmed cases. In a population of nearly 11million, Georgia is getting close to the 20% mark.

Deaths may lag, but Georgia’s highest daily number was 59 early in the pandemic. In the second wave following the protests, the highest daily count was 41. This fact indicates we are getting better at treating the illness and are doing a good job protecting at-risk populations.

There are a lot of good reasons to be optimistic. However, you wouldn’t know this if you just listened to the corporate media. This weekend, my county will have their first summer festival. Next week my town will have First Friday, the first one in 2020. They usually start in May.

It almost feels like life is getting back to normal, and next week it will look even more normal. Our school district is offering in-person and online instruction beginning next week. The big yellow buses will be back on the road. No radical teachers’ unions here. We get to keep our police and educate our kids. It will be up to the parents to decide what they are comfortable with. Even fall sports have started practicing.

According to a recent Monmouth poll, 54% of Georgians approve of the way Gov. Kemp has handled the pandemic. This approval is despite the constant negative coverage from national and local media. In listening to friends around the country, I am glad I still live in America—and credit Kemp for not caving to media pressure and having confidence that most Georgians will do the right thing.

Governor Kemp Is Trending Again for Absolutely No Reason

Kamala Harris’s Threat to ‘Pack’ the Supreme Court
DeSantis Rejects Tampa Schools’ Plan for Online-Only Classes
This Day in Liberal Judicial Activism—August 8
Meghan McCain is returning to ‘The View’ but will she vote for Biden?
MSNBC Tries to Rehab Disgraced Dem, Pretend She Was ‘Victim’ in Sex Scandal