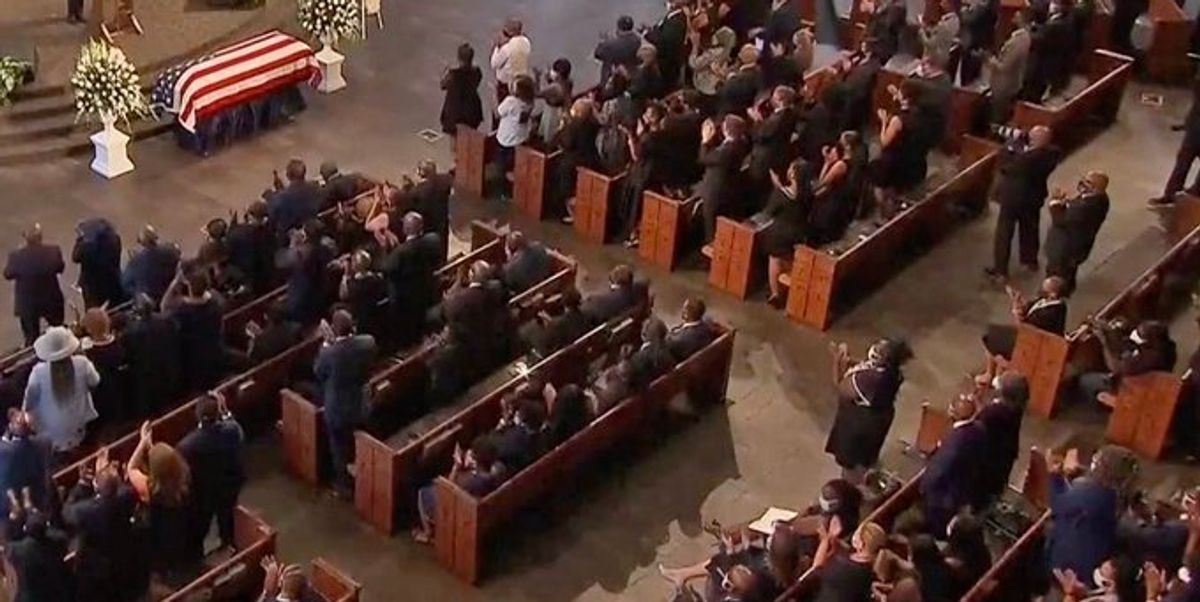 Americans nationwide continue to be impacted by coronavirus-related restrictions implemented by their state leaders. Although most lockdowns have lifted, leaders continue to restrict gatherings to few people, require social distancing of at least six feet between people, and mandate the wearing of face coverings.

The restrictions have forced millions of Americans to miss out on important family-related events, like weddings and funerals.

But, for some reason, the same restrictions that apply to the general public were not followed during the funeral for American hero John Lewis, which took place at Atlanta’s historic Ebenezer Baptist Church.

A powerful picture revealed the double standard on social distancing that apparently applies to politicians and other American leaders.

In a viral Twitter post, user “brink,” wrote, “I get it. My dad wasn’t important. So it’s ok to limit his funeral to 10 people tomorrow.” Accompanied was a picture from Lewis’ memorial showing attendees not social distancing.

I get it. My dad wasn’t important. So it’s ok to limit his funeral to 10 people tomorrow. https://t.co/9MCAlNrRK4

“This is not an attack or statement on Lewis or Masks. Rather, a statement on the double standards of those we have voted into office vs. the people who voted for them,” the user added in a follow up tweet.

Indeed, one of the most tragic aspects of the coronavirus pandemic is that many people have died alone in hospitals and other care facilities, and that families have been unable to attend funerals, instead being forced to settle for watching a memorial service via livestream.