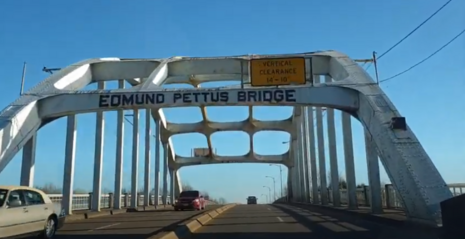 The Washington Post had, understandably and correctly, considerable coverage of the death and funeral ceremonies for civil rights hero and Congressman John Lewis.

Well, make that “considerable coverage” into “sort of considerable coverage.” Take a look at this excerpt from The Post’s July 17th story reporting Lewis’s death. The headline is: “John Lewis, front-line civil rights leader and eminence of Capitol Hill, dies at 80.”

And in the second and third paragraphs the story says (bold print supplied):

“His death was announced in statements from his family and from House Speaker Nancy Pelosi (D-Calif.). Advisers to senior Democratic leaders confirmed that he died July 17, but other details were not immediately available.

Mr. Lewis, a Georgia Democrat, announced his diagnosis of pancreatic cancer on Dec. 29 and said he planned to continue working amid treatment.”

Got that? Quite unmistakably, Congressman Lewis is identified as a “Georgia Democrat”, and to make it crystal clear what his party affiliation was, there is prominent mention of a statement from “House Speaker Nancy Pelosi (D-Calif.)” and a confirmation of his death from “Advisers to senior Democratic leaders”.

And well into this particular story one reads this, bold print for emphasis supplied:

“There also have been calls to rename the Edmund Pettus Bridge for Lewis. Pettus was a Confederate officer and a grand dragon of the Ku Klux Klan.”

Yes, Edmund Pettus was indeed a Confederate officer. Yes indeed, he was in fact the grand dragon of the Alabama chapter of the Ku Klux Klan. But Edmund Pettus was something else as well, and unlike the case of John Lewis, that descriptive was missing.

From 1897 until 1907, Edmund Pettus was the elected United States Senator from Alabama —  and like John Lewis, he was a Democrat. Here is a description of Pettus from a 2015 issue of the Smithsonian magazine, bold print supplied:

“In 1896, at the age of 75, Pettus ran for U.S. Senate as a Democrat and won, beating incumbent James L. Pugh. His campaign relied on his successes in organizing and popularizing the Alabama Klan and his virulent opposition to the constitutional amendments following the Civil War that elevated former slaves to the status of free citizens.”

So what do we have here?

What we have is The Washington Post going out of its way to identify John Lewis as “a Georgia Democrat”, taking pains to make sure he is identified with Nancy Pelosi, herself identified by her political party membership as “Speaker Nancy Pelosi (D-Calif.)”, with another reference to “Advisers to senior Democratic leaders.”

But Edmund Pettus? No party identification for him. Pettus is just a party-less one-time “Confederate officer” and “a grand dragon of the Ku Klux Klan.”

And the Post did it again here, in another Lewis story dated July 26. The story said this:

“Michael Starr Hopkins, a black attorney, political strategist and D.C. native, had just returned to his home from a George Floyd protest in downtown D.C. on May 31 — the night before President Trump ordered federal officers to clear Lafayette Square. Shaken by the unrest he had witnessed, Hopkins said he couldn’t sleep and instead stayed up to watch “Selma,” the 2014 film recreation of Bloody Sunday.

‘I realized I had no idea who Edmund Pettus was,’ Hopkins said. So he looked him up and found the answer: Pettus was a U.S. senator for Alabama from 1897 to 1907, a Confederate Army officer and, after the Civil War, a grand dragon in the Ku Klux Klan.”

Yet again, the central fact that Pettus was a Democrat mysteriously never makes a Post story.

By coincidence, this game of hiding the horrifically racist past of the Democratic Party comes amidst the frenzy from Speaker Pelosi to remove four portraits of her predecessors as Speaker. They were portraits of Robert Hunter of Virginia, James Orr of South Carolina, Howell Cobb and Charles Crisp of Georgia. Said Pelosi:

“There is no room in the hallowed halls of Congress or in any place of honor for memorializing men who embody the violent bigotry and grotesque racism of the Confederacy.”

Notice anything? Somehow, in some fashion, Pelosi neglected to mention that all four of these ex-Speakers were members of her own party.

Back in June, the Post headlined this: “Nancy Pelosi calls for removal of Confederate statues in Congress.”

This gem of omission journalism from the Post began this way:

“House Speaker Nancy Pelosi renewed a years-long quest to remove the remaining Confederate statues from the U.S. Capitol as calls to erase monuments to the Confederacy increase amid the nation’s reckoning with its racist past.

Pelosi wrote in a letter Wednesday to colleagues who co-chair the Joint Committee on the Library that Congress should ‘lead by example.’

‘The statues in the Capitol should embody our highest ideals as Americans, expressing who we are and who we aspire to be as a nation,’ Pelosi (D-Calif.) wrote. ‘Monuments to men who advocated cruelty and barbarism to achieve such a plainly racist end are a grotesque affront to these ideals. Their statues pay homage to hate, not heritage. They must be removed.’”

Once again, not a peep from either Pelosi or the Post that the men represented by the statues in question had all been members of the Democratic Party.

So since Pelosi was all swept up in the business of removing portraits and also called for the removal of statues in the Capitol of those who had served in the Confederacy and supported slavery- Texas Republican Congressman Louie Gohmert decided to take her up on it.

Gohmert took to the House floor and introduced a Resolution. Writing of his Resolution in Breitbart, Gohmert said this:

“Many on the left and their willing accomplices in the media would tell you otherwise, yet a cursory examination of our nation’s factual history and records proves the riots and chaos that have swept across our country in recent months stand as a devastating reminder of the racist policies and values held by the Democratic Party throughout much of its history.

Because of this, I introduced a privileged resolution in the House calling upon Congress to acknowledge the indecorous history of the Democratic Party. I asked that the Speaker of the House be instructed to ban any political organization or political party that ever publicly supported slavery or the Confederate States of America.…

Efforts by Democrats to destroy all public traces of their own history of supporting slavery, the Confederacy, and segregation in an attempt to shift blame onto Republicans must no longer go unchallenged. It is time for Democrats to play by their own rules, and accept the standards they have forced onto everyone else. They must divest themselves of their name that has denied so many the right to life, liberty, and the pursuit of happiness. Their recent actions demand nothing less. Instead of canceling our culture and history, it’s time to #CancelDemocrats.”

And coverage of this in The Washington Post? A search on the Post website of all the paper’s articles on Congressman Gohmert reveals not one – not one! – reporting on Gohmert’s resolution.

Which is to say, yet again the Post is going about the awkward business of hiding the hard, horrific and historical fact that the Democratic Party was built on dividing Americans by race – as Gohmert lists in considerable detail.

And the response of The Washington Post? The Post re-writes history —  from that of the Edmund Pettus Bridge to the real history of the men portrayed in portraits and statues in the Capitol —  by ignoring that history altogether.

Cooties and Conscience
Biden’s lead over Trump drops, now almost identical to Hillary’s at this point in 2016
What Makes a Car American?
President Trump declares war on Big Pharma to save America from the criminal pharmaceutical cartels
UK fires thousands of coronavirus contact tracers after reports they are watching Netflix and doing quizzes over lack of work