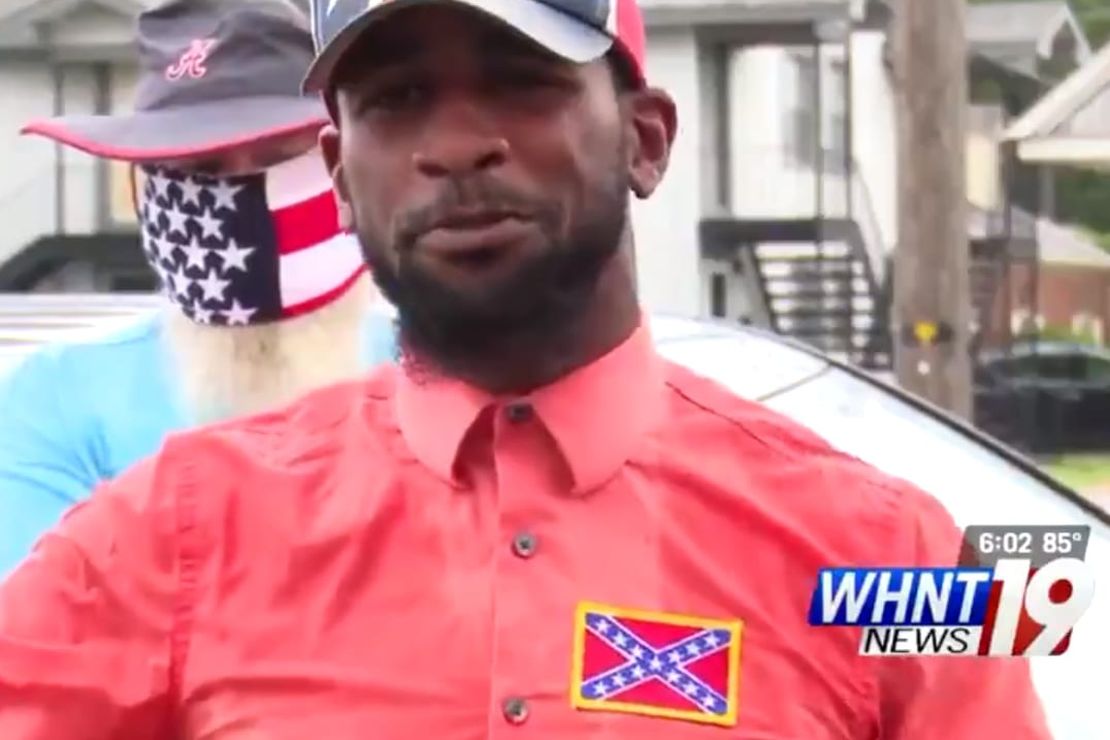 Now that the news is moving on from calling Americans racist over the death of George Floyd and transitioning over to calling Americans racist over Joe Biden picking Kamala Harris, we’re seeing fewer stories about those evil, harmful Confederate monuments. For a couple of weeks, that was the most important story in America. Statues and monuments that had stood for over a century, not hurting anybody, were suddenly dangerous and had to come down immediately.

Dumb rioters took out their rage on everything in sight, even vandalizing statues of Christopher Columbus and George Washington and abolitionist Matthias Baldwin. Hell, they even splashed paint on the Lincoln Memorial. Any statue of any dead white guy was fair game.

“The rebel flag does not represent all Americans so it should not be at a place where all Americans in the county come, which is the courthouse. So, it is out of place and it has been out of place since they placed it here in 2005,” said Say Their Names Alabama leader Unique Dunston.

And on the pro-Confederate side, there was this guy:

A perspective on confederate monuments you probably haven’t heard before. Thoughts? pic.twitter.com/wZmswcWv8x

“Regardless how the next person feel, I’m not gonna take my flag down. If I got anything to do with it, ain’t no monument gonna come down… My whole family’s white. Went to an all-white schrool (sic). Grew up in an all-white neighborhood. My grandfather was white, and he was the main one that fought in this war here. And he’s taught me everything I know… It may make my blood boil if they just come up here and feel like they can just tear it down. I don’t see me still livin’ if they do that right there. That monument ain’t hurtin’ nobody. That monument ain’t killin’ a soul. It ain’t talkin’ bad to nobody. It ain’t even racist.”

Now, okay. My Hoaxometer spiked when Daniel Sims said “schrool.” And I’m no expert on Alabama accents, but his seems comically pronounced. It’s entirely possible that this is a gag, and this guy is just an actor or comedian trying to go viral. If so, he has succeeded with flying colors. (Can I still say “colors”?)

A lot of people are comparing this to the “Clayton Bigsby” sketch from Chappelle’s Show, where Dave Chappelle played an African-American Klansman who was blind from birth and didn’t know he was black. (You can watch it here, but be warned that it uses a word I’m not allowed to say. A lot.)

But what if this dude is the genuine article? What if he really is an African-American in Alabama who doesn’t think Confederate flags and monuments are racist? What if he sincerely means what he’s saying, and isn’t afraid to say it in public?

I’ve been told, over and over and over, that as a white person I should defer on matters of race to anyone whose skin is even slightly darker than mine. I need to check my “white privilege.” My “white fragility” and “white comfort” are things of the past.

Okay, then how am I supposed to react to this guy? Is he not actually black, just because he’s saying something that a lot of black people don’t like to hear? Am I to ignore the immutable biological characteristic of his skin color because he’s saying something he isn’t supposed to say? Are black people not allowed to have different opinions? Is ideological diversity actually racist?

If Black Lives Matter, what about his life?

Whether Daniel Sims is for real or not, as an American he has the right to say whatever he wants. He’s an individual, and I’m not going to assume he should think a certain way just because of how he looks.

Sorry for being so racist about it!

Biden Says the Latino Community Is Incredibly Diverse, ‘Unlike the African-American Community’