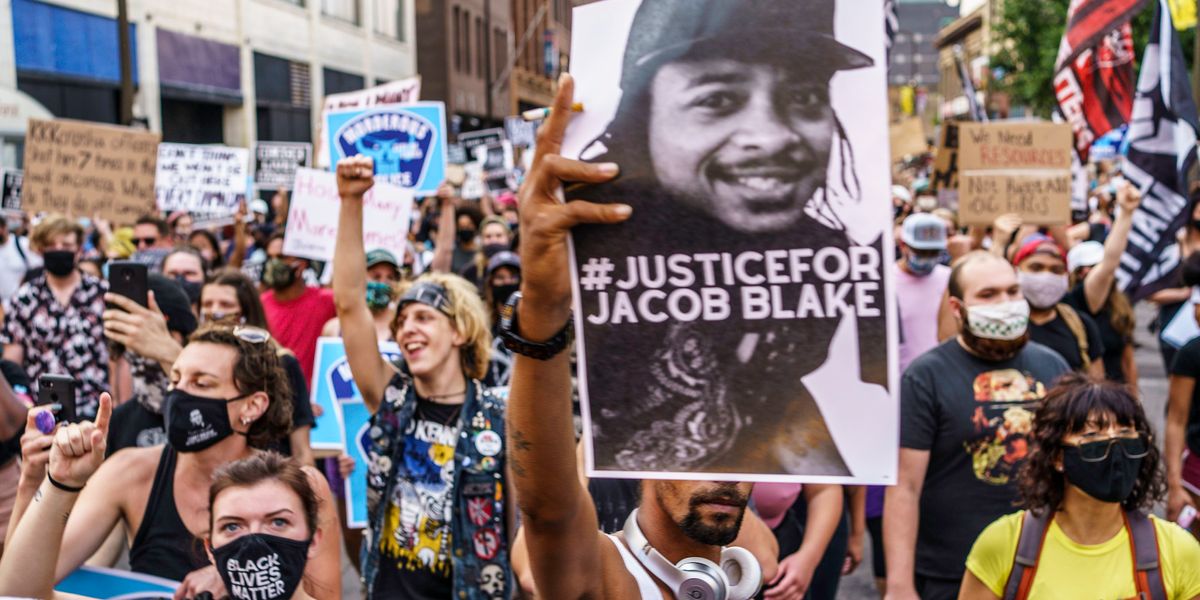 Wisconsin investigators gave an account of the controversial police shooting of Jacob Blake — with a crucial detail and also released the identity of the police officer who shot him.

The Wisconsin Department of Justice Division of Criminal Investigation released the details on Wednesday after two nights of violent protests, rioting and looting in Kenosha and other cities.

The account said that Kenosha Police Department officers responded to a call from a female saying that her boyfriend was refusing to leave her premises.

When they arrived, they attempted to arrest Blake, who resisted their commands. They tased him but he continued to resist. Officer Rusten Sheskey then fired at Blake seven times when he reached into his car.

Investigators say that Blake admitted that he had a knife in his possession during the initial investigation after the shooting.

The DCI added that the knife was recovered from the driver’s side floorboard of Mr. Blake’s vehicle. They said a search of the vehicle uncovered no additional weapons.

No body camera footage from the incident is available because the Kenosha Police Department does not employ them.

Blake was hospitalized and his father later told the media that he was paralyzed from the waist down because of the incident.

Video of the shooting of Blake outraged many in the public and immediately led to protests with angry denunciations of the police involved.

On Tuesday evening a shooting at the protests in Kenosha ended with two dead and one person injured. Graphic videos from the shooting show the grisly results of the altercation.

Police later arrested 17-year-old Kyle Rittenhouse from Illinois as a suspect in the shooting. Newer video footage from the incident appears to show that protesters were antagonizing, threatening, and attacking Rittenhouse before the lethal shooting.

Here’s video of the media briefing on the investigation: