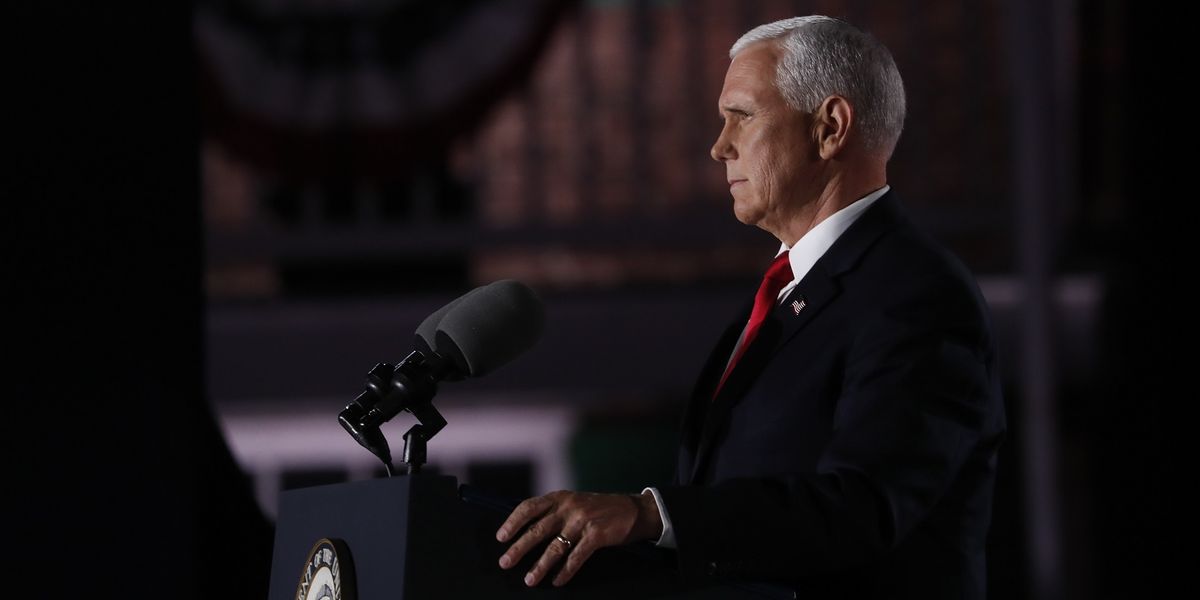 Vice President Mike Pence reiterated President Donald Trump’s call for law and order in his speech to the Republican National Committee on Wednesday night, promising the American people, “We’re not going to defund the police — not now, now ever.”

Speaking from Fort Henry in Baltimore, Maryland, the vice president painted a stark comparison between the Trump administration and what a Biden administration might look like.

“When you consider their agenda, it’s clear: Joe Biden would be nothing more than a Trojan horse for a radical left,” Pence said, according to RealClearPolitics. “The choice in this election has never been clearer and the stakes have never been higher. Last week, Joe Biden said democracy is on the ballot, but the truth is…our economic recovery is on the ballot, law and order is on the ballot. But so are things far more fundamental and foundational to our country.”

Protests over racial injustices often descending into violence, looting, rioting and arson have gripped the country for months since the death of George Floyd in May, and further chaos has overtaken the town of Kenosha, Wisconsin, since another black man, Jacob Blake, was shot by police there over the weekend.

“Last week, Joe Biden didn’t say one word about the violence and chaos engulfing cities across this country,” Pence noted, referring to Biden’s speech at the Democratic National Convention.

But Pence addressed the issue head-on. “Let me be clear,” he said, as dictated by the Milwaukee Journal Sentinel. “The violence must stop – whether in Minneapolis, Portland or Kenosha, Too many heroes have died defending our freedoms to see Americans strike each other down.”

Hitting out at the Democratic challenger to Trump once again, Pence added, “The hard truth is, you won’t be safe in Joe Biden’s America. Under President Trump, we will stand with those who stand on the thin blue line, and we’re not going to defund the police — not now, not ever.”