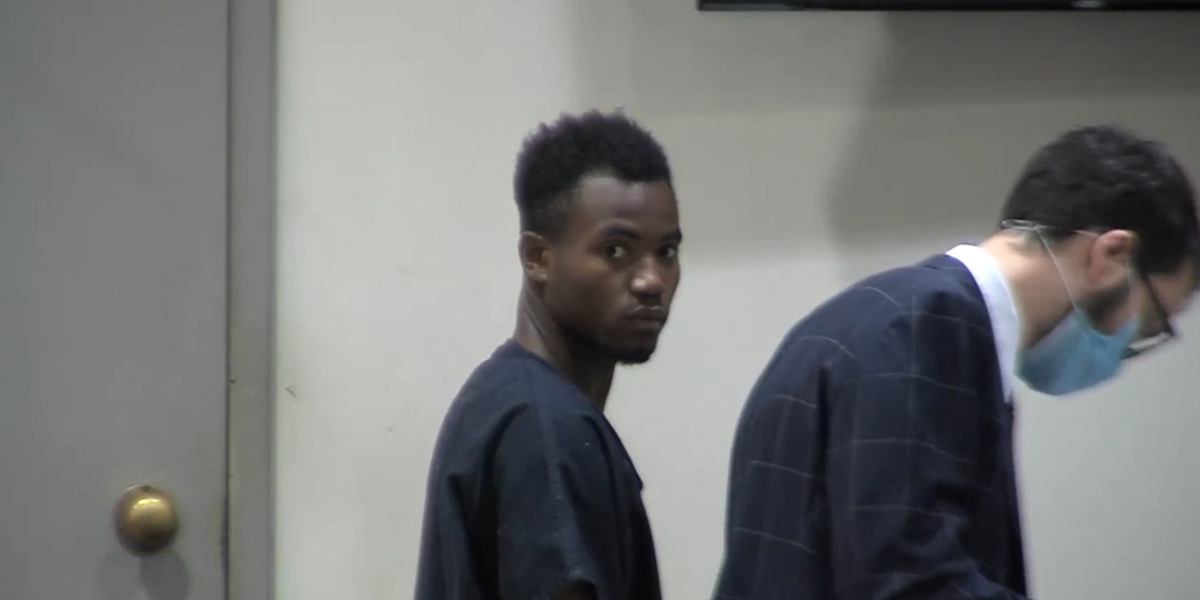 Police in Columbus, Georgia, reported Wednesday that a black man told them he “felt compelled” to stab a white man at random after watching videos of police shootings online.

Jayvon Hatchett, 19, allegedly walked into an AutoZone on Tuesday morning and proceeded to stab a white employee in the neck and torso seven times, according to WLTZ-TV reporter Robbie Watson.

Hatchett was promptly arrested and charged with aggravated assault and possession of a knife during the commission of a crime.

The victim, whose name has not been released, had no apparent connection with the assailant, police said. He was transported to the hospital in critical condition, but is expected to recover.

Columbus Police Sgt. Ray Mills allegedly stated to a judge Wednesday that Hatchett greeted him with a smile and readily confessed to the assault when officers responded to his home — which is just a short distance away from the AutoZone — to arrest him.

“Mr. Hatchett told me that he had been watching Facebook videos of police shootings in other parts of the country and that he felt compelled to go stab a white male,” Mills reportedly testified in court.

Witnesses at the AutoZone said that Hatchett fled the scene immediately after committing the assault.

Surveillance video from the store and parking lot captured the crime on video, however, and police were tipped off to Hatchett’s identity shortly after the footage was distributed by local media.

According to court records obtained by WLTZ-TV, Hatchett was free on bond at the time of the attack. He had been charged just three days prior for criminal damage to property. Only six months before that, he was reportedly booked for two felonies, including aggravated assault.

The judge presiding over this most recent case ordered Hatchett to have a mental health evaluation and declined to issue bond.