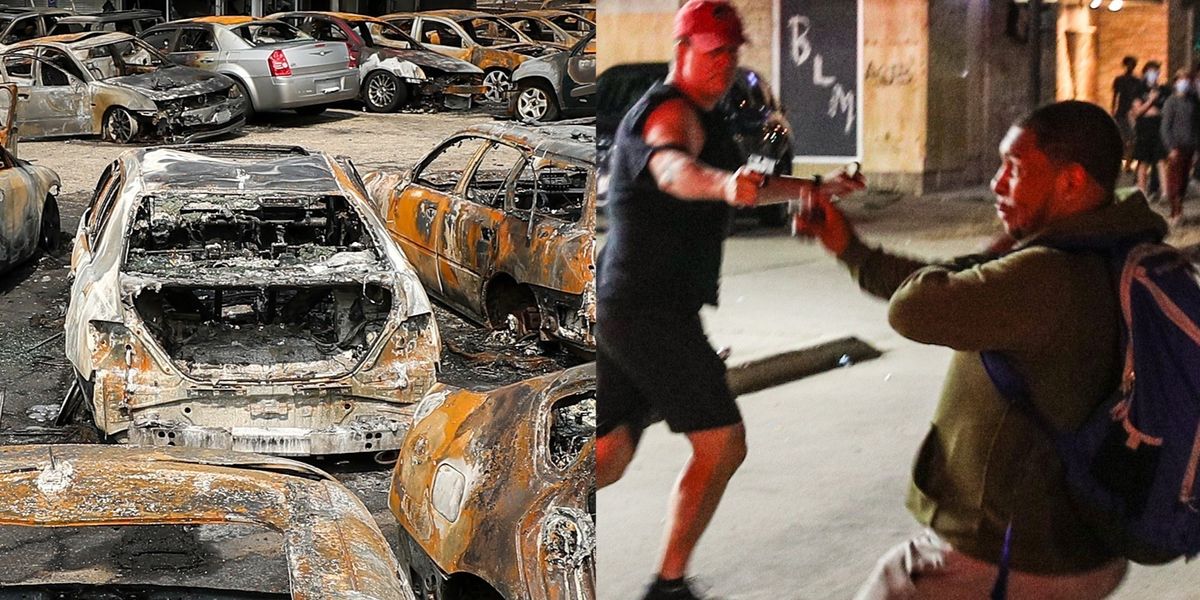 Thursday, Steve Deace tore into the argument that the president must have an invitation from a governor to restore order in Kenosha, WI, and other cities on fire at the hands of Black Lives Matter rioters. According to Deace, if what happened in Kenosha happened to an American embassy abroad, we would have already acted. Watch the clip for more details.

Use promo code DEACE to save $10 one year of BlazeTV.

To enjoy more of Steve’s take on national politics, Christian worldview and principled conservatism with a snarky twist, subscribe to BlazeTV — the largest multi-platform network of voices who love America, defend the Constitution and live the American dream.

New study shows that vaccinated people routinely discriminate against their own friends, “breaking up” with those who refuse to take deadly covid jabs
How BAD Is the Border? Even the Networks Are Covering It!
BREAKING: Gavin Newsom Will Remain Governor of California
Thug punches 77-year-old woman in face in broad daylight — then rips away her purse and her Bible
North Korea Launches Two Ballistic Missiles at Japan