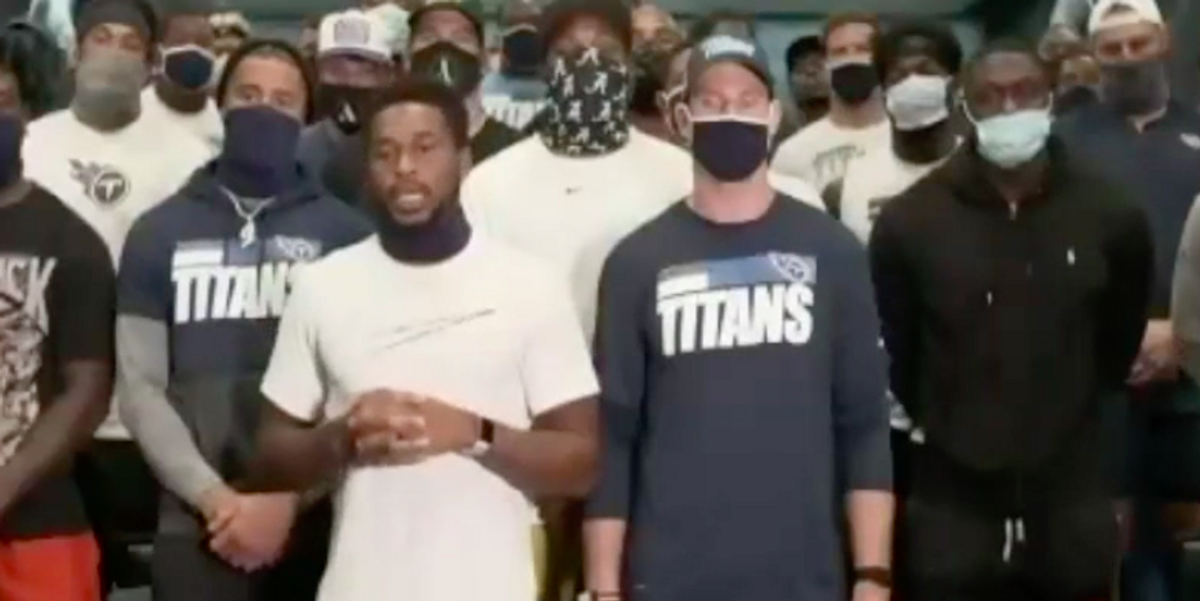 The NFL’s Tennessee Titans canceled practice Thursday and instead held a virtual news conference during which quarterback Ryan Tannehill said the United States is “founded upon racist ideas,” according to the Tennessean.

With the entire team standing behind them, Tannehill and safety Kevin Byard explained why they decided not to practice, and spoke about the changes they want to see.

“We feel that with all the recent events that’s happened in our country, not only just this year, not only the past year, but the past hundreds of years, we decided that it’s time to take a stand today,” Byard said. We feel that with this moment right here, and today, with my brother Ryan [Tannehill] standing next to me and all my brothers standing behind me, we wanted to show solidarity and be unified, and say that we’re tired.”

Byard referenced police brutality against black people, and expressed concern about the environment his young children would grow up in.

“We’re sick and tired of seeing the things that’s been going on, on social media for the entertainment,” Byard continued. “Seeing our black brothers and sisters be murdered by police like it’s nothing, it’s time for a change. … I just had a son, just Sunday. I have a 1-year-old daughter, and I have no clue what I’m going to tell them or what kind of world that they’re going to grow up in, in this country.”

Tannehill spoke after Byard, and called for an end to centuries of systemic oppression in the U.S.

Athletes in the NBA, MLB, and MLS refused to play scheduled games this week after the police shooting of Jacob Blake on Sunday in Kenosha, Wisconsin. The NBA considered cancelling its entire postseason in protest, although it eventually opted to resume play.

Blake was shot seven times in the back during an altercation with police, who had been called by his girlfriend. The girlfriend accused Blake of stealing her keys and refusing to leave. Police shot Blake as he reached into his car, where they say they found a knife on the floor.