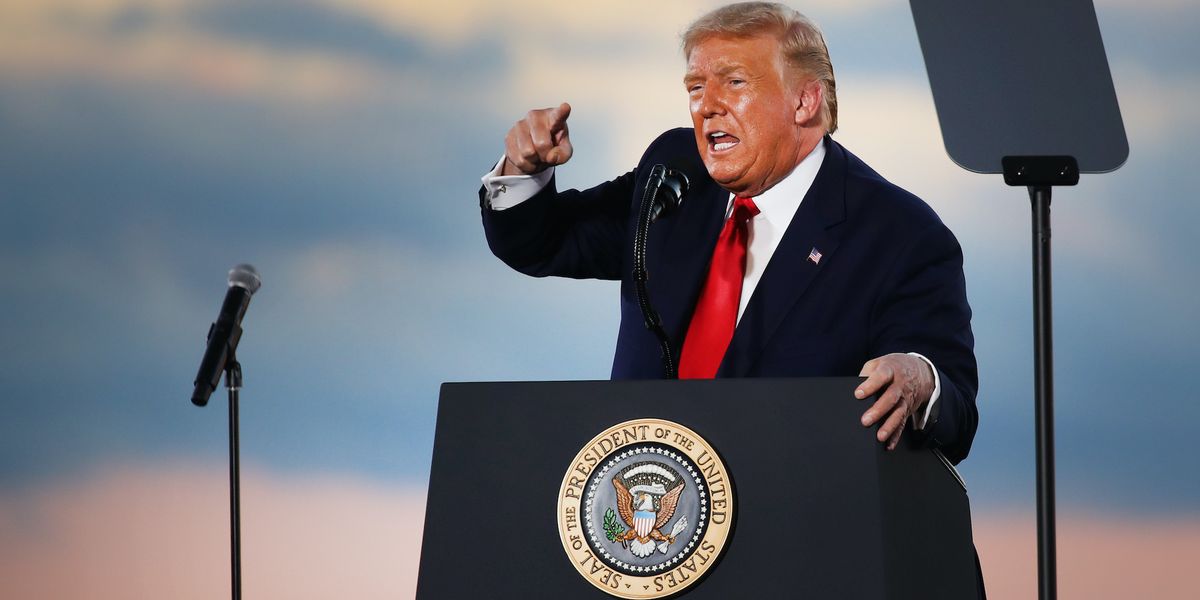 President Donald Trump
said that the mayor of Washington, D.C., was to blame for the numerous attacks by Black Lives Matter protesters on his supporters after his speech Thursday night at the White House on the final night of the Republican National Convention.

Numerous videos posted on social media showed supporters of the president
being harassed and assaulted by aggressive and angry protesters.

The president called the aggressors “thugs” during his outdoor campaign rally Friday in Manchester, New Hampshire.

“What I didn’t like, you saw, this right, when it was over? The thugs outside!” he yelled to great applause.

“The Democratic mayor of Washington, D.C., it’s another Democrat that’s not believing in law and order, and you know we give Washington, D.C., a lot of money to run it, but they don’t do a good job of running it, the mayor, she doesn’t run anything, and these incredible people from all over the country, all over the world last night, they walked out to a bunch of thugs,” the president continued.

“And the mayor should be ashamed of herself, for that kind of display of incompetence,” he continued later in his speech.

Sen. Rand Paul (R-Ky.) was one of the Republican politicians who faced the mob along with his wife. In harrowing video from the evening, they can be seen hurrying along as protesters scream and yell at them. At one point, they knock over a police officer offering security for the couple.

Paul tweeted that the police “literally” saved his life from what he said was a “crazed mob.” Many on social media noted that Paul had distinguished himself among Republicans in his record for criminal justice reform.

Also on Friday, the mayor of Portland, Oregon, rejected the president’s offer of aid to stop rioting in his city, despite business leaders and residents demanding action.

Here’s the video of the president’s comments: