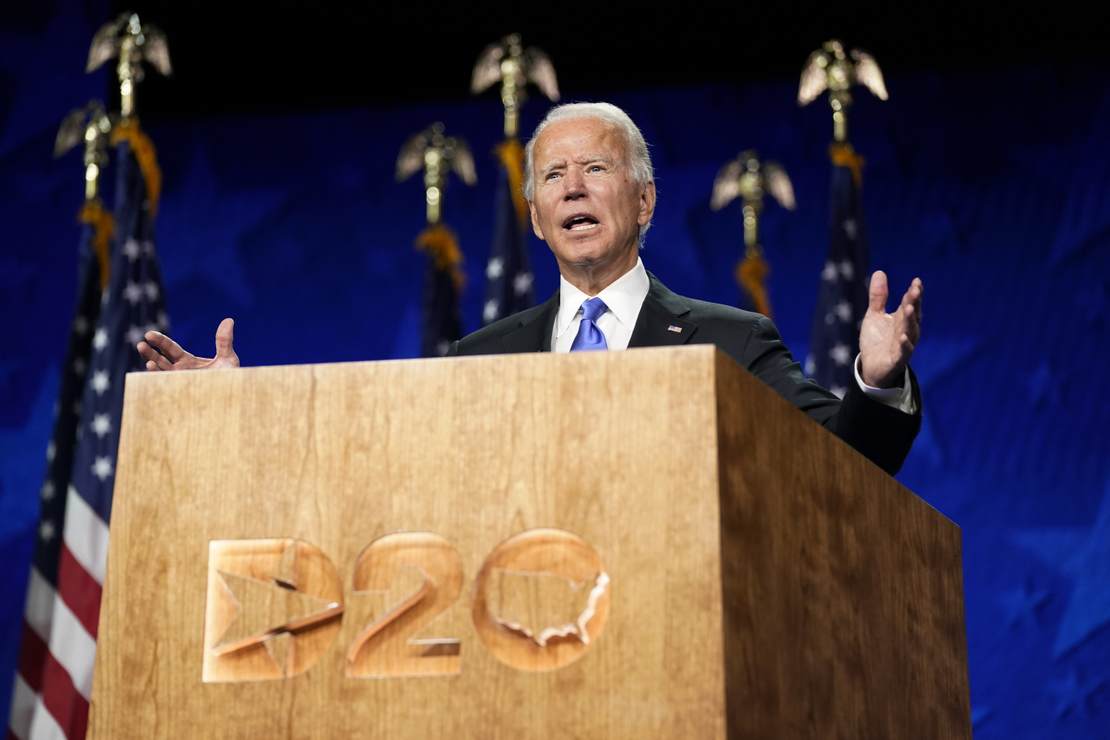 In Wisconsin, the shift in attitudes is even more pronounced.

The Marquette University Law School poll showed the net favorability rating (favorable – unfavorable) of Black Lives Matter declined from +33 points among likely voters in June to +10 points in August. This matches with the decline of the largely peaceful protests of June fading from the news, as well as attacks on Black Lives Matter from the right.

The net approval rating (approval – disapproval) for the protests fell from +27 points to -1 point during the same time period.

As the radicalism of Black Lives Matter has now become impossible to hide behind “peaceful protests,” support for the group is dropping like a stone. Even The Atlantic’s George Packer recognizes the potency of the issue.

The day before, on Monday, the Republicans began their remote convention. The simultaneous mayhem in Kenosha seemed like part of the script, as it played into their main theme: that Biden is a tool of radical leftists who hate America, who want to bring the chaos of the cities they govern out to the suburbs where the real Americans live. The Republicans won’t let such an opportunity go to waste. “Law and order are on the ballot,” Vice President Mike Pence said on Wednesday night. Other speakers were harsher.

It’s no use dismissing their words as partisan talking points. They are effective ones, backed up by certain facts. Trump will bang this loud, ugly drum until Election Day. He knows that Kenosha has placed Democrats in a trap. They’ve embraced the protests and the causes that drive them. The third night of the Democratic convention was consumed with the language and imagery of protest—as if all Americans watching were activists.

And the media, which ignored both the riots and the massive uptick in violent crime, may be beginning to pay closer attention.

On Tuesday night, the CNN host Don Lemon warned his colleague Chris Cuomo that riots were hurting Biden and the Democrats: “Chris, as you know and I know, it’s showing up in the polls, it’s showing up in focus groups. It’s the only thing right now that’s sticking.” Lemon urged Biden to speak out about both police reform and violence. With Kenosha and the political conventions, the coverage seems to be changing. On Thursday, the New York Times ran a piece headlined “How Chaos in Kenosha Is Already Swaying Some Voters in Wisconsin.” Half a dozen Kenosha residents, reckoning with damaged buildings and businesses, expressed displeasure with the uncertain response of Democratic officials. Ellen Ferwerda, an antique store owner, “said that she was desperate for Trump to lose in November but that she had ‘huge concern’ the unrest in her town could help him win. She added that local Democratic leaders seemed hesitant to condemn the mayhem.”

Yes, Democrats are trapped. Trump will pull the noose tighter in the next few weeks, zeroing in on this indecision and hypocrisy in his appearances and in his TV ads. Biden, if he’s smart, will craft one overarching statement on the violence and the protests against racism and stick with it. If he tries to ad-lib it, he will become hopelessly confused and appear to be flip-flopping.

Trump has Biden down on this issue and shouldn’t let him up. It would be a tragedy for the country if Black Lives Matter were to continue causing rioting, burning, and looting, but it would prove Trump’s point.