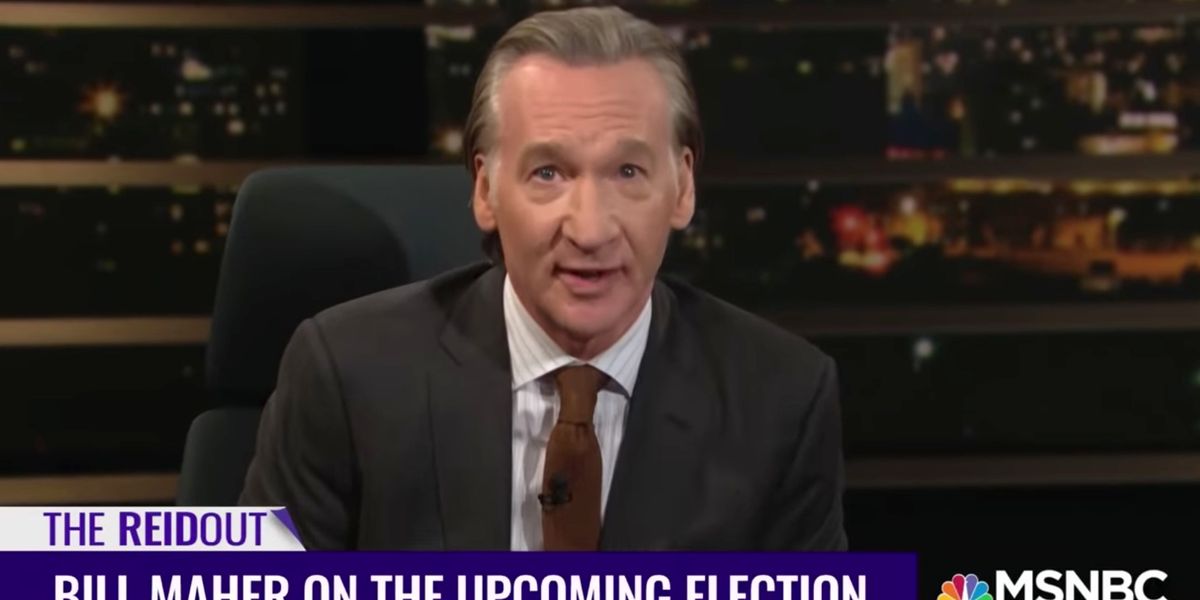 Speaking with MSNBC host Joy Reid, Maher said he believes the Republican National Convention’s optimism will prove very effective — so much so that his Biden enthusiasm is tanking.

In fact, Maher explained that the GOP’s strategy of presenting diversity — in the face of the DNC emphasizing conformity — has him feeling uneasy about Biden’s electability.

“I feel very nervous, the same way I did four years ago at this time,” Maher revealed.

[embedded content]
I’m Nervous About Election Day, ‘The Same Way I Was Feeling Four Years Ago’ | The ReidOut | MSNBC

The HBO host went on to explain that he thought the optics of Trump’s nomination acceptance speech — at the White House with an audience that did not conform to face mask requirements — is one that likely resonates with many Americans.

“To portray that idea that ‘I would rather die on my feet than live on my knees,’ yes, I think that is attractive to a degree,” Maher said, The Wrap reported. “They looked optimistic, they looked like the country isn’t falling apart, even though the country is falling apart. And optimism very often wins elections.”

Indeed, the Republican Party’s strategy of optimism and diversity appears to be working.