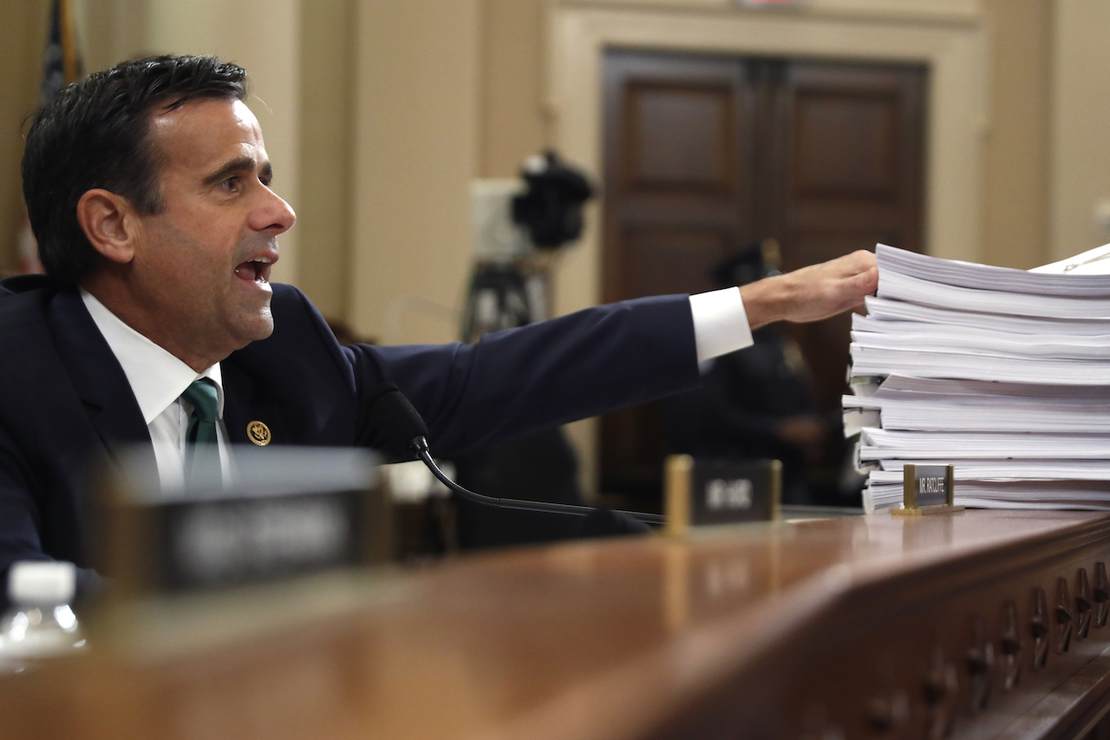 Director of National Intelligence John Ratcliffe is coordinating with U.S. Attorney John Durham, who is leading the investigation into the Obama administration’s spying on the Trump campaign, and more documents related to the investigation are expected to be declassified soon.

Ratcliffe gave an update on how his office is assisting Durham’s investigation on Sunday during an interview with Maria Bartiromo on Fox News.

“We’ve actually, for several months, been coordinating with his team of folks to make sure that he has access to all of the intelligence community documents that he needs,” Ratcliffe told Bartiromo. “He’s looking at the same, some of the same documents that I am, and so our work is running on parallel paths. Now, his is a criminal investigation, and he’s not sharing his findings or the work that he’s doing, but I’m coordinating with him to make sure that he has the intelligence documents that he needs to do his work, and what I don’t want to do is declassify something that might prejudice his work, so we’re going to have to coordinate as we go forward the completion of his work with my ability to declassify documents, and so we’ve communicated along those lines.”

Durham’s investigation got its first guilty plea earlier this month when former FBI lawyer Kevin Clinesmith admitted to altering evidence that the FBI used to get a FISA warrant extension to continue Operation Crossfire Hurricane. Despite the guilty plea, some have been frustruted with the pace of the investigation and are worried that the we won’t get a complete picture of Spygate and the actions of those involved before the election, particularly because of Joe Biden’s direct involvement in Spygate.

Rep. Devin Nunes, the top Republican on the House Intelligence Committee, told Bartiromo earlier this month that he agreed that both Barack Obama and Joe Biden knew about the spying on Trump’s campaign.

“It’s way worse than even we thought it was,” Nunes told her. “And we knew it was really, really bad.”

Declassified notes written by Peter Strzok proved that Joe Biden was the one who suggested going after General Michael Flynn using the Logan Act.

“So, clearly, the previous administration knew that they were spying on the Trump campaign. Joe Biden should have known at the time to put a halt to this. So he is just as guilty as everybody else.”

In May, declassified Department of Justice (DOJ) documents showed that President Obama was aware of the details of wiretapped conversations of then-incoming National Security Adviser Michael Flynn with then-Russian Ambassador Sergey Kislyak back in December 2016. Joe Biden was also aware, and was present at a White House meeting where the Flynn investigation was discussed.

In addition to Spygate, U.S. Attorney Durham is also investigating if Obama’s former CIA Director, John Brennan, pressured the Intelligence Community into pushing the theory that Russia was trying to help Donald Trump win in 2016. Experts have concluded that evidence suggests Russia wasn’t actively trying to help Trump win. In fact, according to Fred Fleitz, former chief of staff to Trump’s National Security Council, John Brennan suppressed the truth and chose to put forward lower quality intelligence in order to bolster the narrative that Putin backed Trump when he actually wanted to help Hillary Clinton.

In his interview with Bartiromo, Ratcliffe explained that even when he was still a congressman he “felt strongly that the FBI had continued a counterintelligence investigation against the Trump campaign without a proper predicate, in other words, illegally continued it.”

“Obviously the Clinesmith plea and documents that I declassified in connection with that are related to that,” Ratcliffe added.

“The question now is: Did the FBI have a proper predicate to begin a counterintelligence investigation at all? And that’s the issue that John Durham is looking at, and it’s also the issue that I’m continuing to look at.”

Hopefully, this means before the election. The American voters need to know what happened, particularly with regard to Biden’s involvement in Spygate, before they vote.

Nunes: Obama and Biden Knew About Spying on the Trump Campaign

Justice Is Coming: ‘As Many as 16-17’ Obamagate Criminal Referrals Headed to DOJ