Four Joe Biden Supporters Greet Him on Highway — But He Got 80 Million Votes — What a COMPLETE JOKE!Gratitude: What We Owe to Our CountryDays before Christmas, Jupiter and Saturn will look like one bright star — some believe the alignment is the same described in the BibleBiden urges Americans to ‘forgo family traditions’ on Thanksgiving to fight COVID-19‘Another Truth:’ CBS’s ‘S.W.A.T.’ Echoes Defund the Police NonsenseLate Night SCOTUS Ruling Saves NY Religious Groups From Onerous COVID RestrictionsLatest from the CDC: Shortening quarantine times is likely the next big announcementThe Title IX Wars ResumeTrump Again Claims He Won Election ‘By a Lot’ during Pennsylvania Senate HearingDurbin v. Whitehouse
Patriot Daily Press
Skip to content 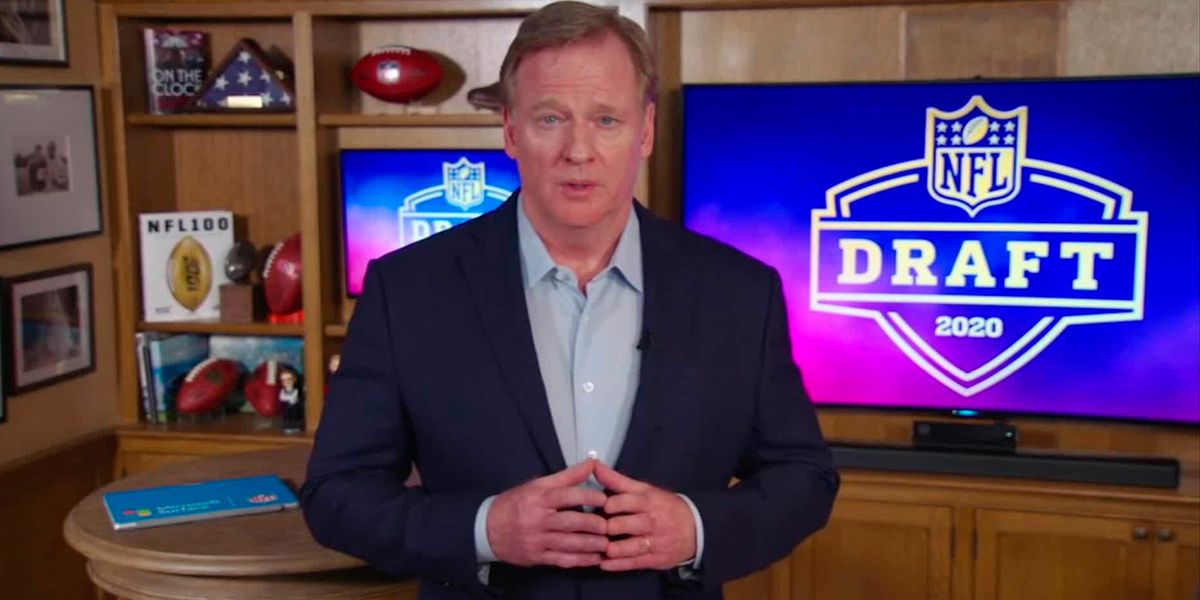 The NFL, once openly opposed to overt social justice or political demonstrations, will reportedly allow players to put the name of a victim of police brutality or systemic racism on the back of their helmets this season, according to Pro Football Talk.

It’s a fairly thick white strip, where multiple organizations currently print the names of their teams. The names of specific persons will be easy to see when TV cameras capture close-up images of players on the field.

The names will come from an approved list, with names like George Floyd, Breonna Taylor, and Ahmaud Arbery among the possibilities.

NFL Commissioner Roger Goodell has softened his stance toward social justice issues in recent months, notably lamenting the fact that he didn’t listen more to former NFL quarterback Colin Kaepernick about the issues he was protesting by kneeling during the national anthem.

ESPN reported over the weekend that the NFL was planning “extensive content” around social justice for the season’s opening week of games.

The black national anthem, “Lift Every Voice and Sing” will be performed before games, and the end zones will feature messages of “End Racism” and “It Takes All of Us.”

Game day broadcasts may include players reading personal poems or telling person stories of their experiences with social injustice or racism.

At least one team, the Arizona Cardinals, has considered a Week 1 boycott of games in protest of the police shooting of Jacob Blake in Kenosha, Wisconsin, ESPN reported.

That focus on political activism may be turning some viewers off from the league, however. Despite a presumably strong appetite for sports after the hiatus caused by COVID-19, the NBA’s ratings have been disappointing during its playoff season.

“People are angry about it … they don’t want — they have enough politics with guys like me, they don’t need more,” President Donald Trump said of the league’s struggling ratings, according to the Washington Times. “The NBA is in trouble. I think it’s in big trouble, bigger trouble than they understand.”