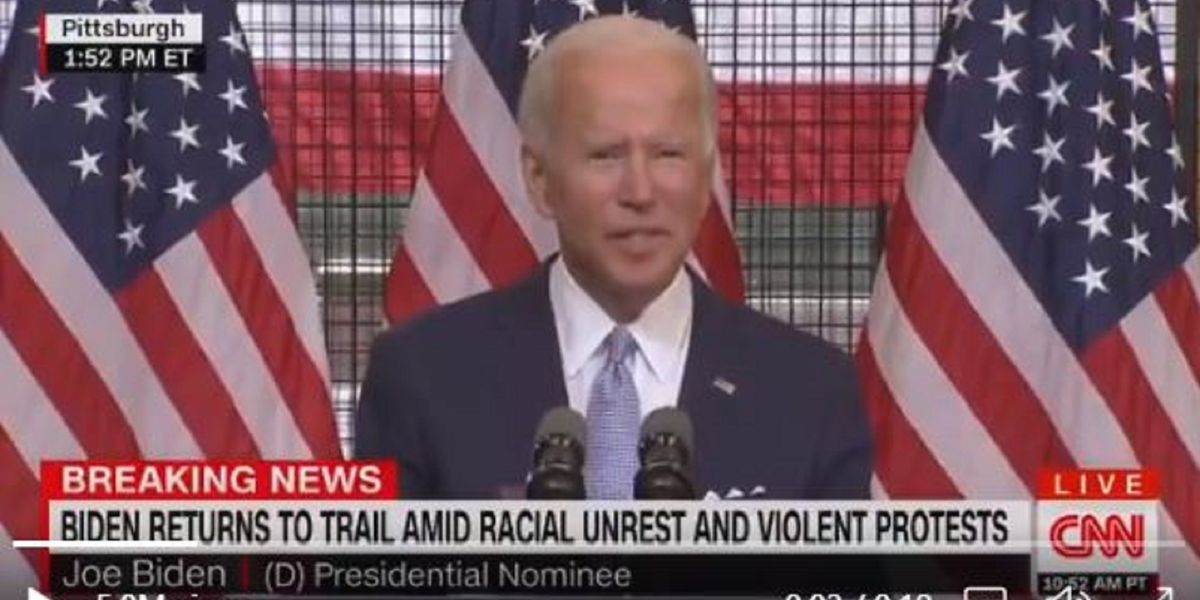 While the former vice president was hailed and criticized over policy, one excerpt where Biden appeared incoherent sparked concern among users who claimed the flub went beyond “stumbling over words.”

In the video, the 77-year-old Biden says, “COVID has taken this year — just since the outbreak — has taken 100 year. Look, here’s…the lives…it’s just…I mean, think about it. More lives this year than any other year for the past 100 years.”

One of President Donald Trump’s sons, Eric Trump, shared the footage online, claiming, “This is why the Biden campaign doesn’t want him to leave his basement — this guy isn’t playing with a full deck and it is so irresponsible that the media covers this up…”

This is why the Biden campaign doesn’t want him to leave his basement — this guy isn’t playing with a full deck and… https://t.co/wh9zy82vWd

Republican activist Brandon Straka, a former liberal and co-founder of the WalkAway movement reacted, “OMG. This isn’t a mispronunciation or stumbling over a few words. This is really bad.”

Another user asserted, “It’s dementia. I’ve seen it up close, as a lot of us have, sadly. I can’t understand why Jill Biden is allowing this to continue.”

And another said, “It’s even worse when you see it written down….”

Someone else stated, “Would anyone let this man handle their checkbook. He is incapacitated. I really don’t think he will make it to the election. His family needs to stop this. It’s truly sad.”

One person replied, “Slip ups are funny but this is watching someone struggle. I just can’t see how he could do a debate at this point.”

What did Trump critics say?

But Trump critics also weighed in, with one responding to Eric Trump, “Why was your Dad rushed to the hospital recently? Why is he having difficulty walking and why does he keep slurring his speech? Did your Dad have a stroke? This is what the American people want to know!”

Another wrote, “Yeah, that’s awkward. Funny thing is though, Biden is STILL the better choice.”

Biden has been dogged by concerns over his gaffes for years, but has faced increased scrutiny both during the primary campaign and general election over his frequent stumbles during speeches. His defenders have attributed the slips to the stutter the former vice president had as a child.

Biden mocks resurgence of Al Qaeda on 9/11 anniversary, gets booed at memorial: ‘Terrible!’
How BAD Is the Border? Even the Networks Are Covering It!
GOP Will Force Democrats to Walk the Plank
GOP Rep Who Voted to Impeach Trump Says He Won’t Seek Reelection
Trumpian Logic from the <i>Washington Post</i>