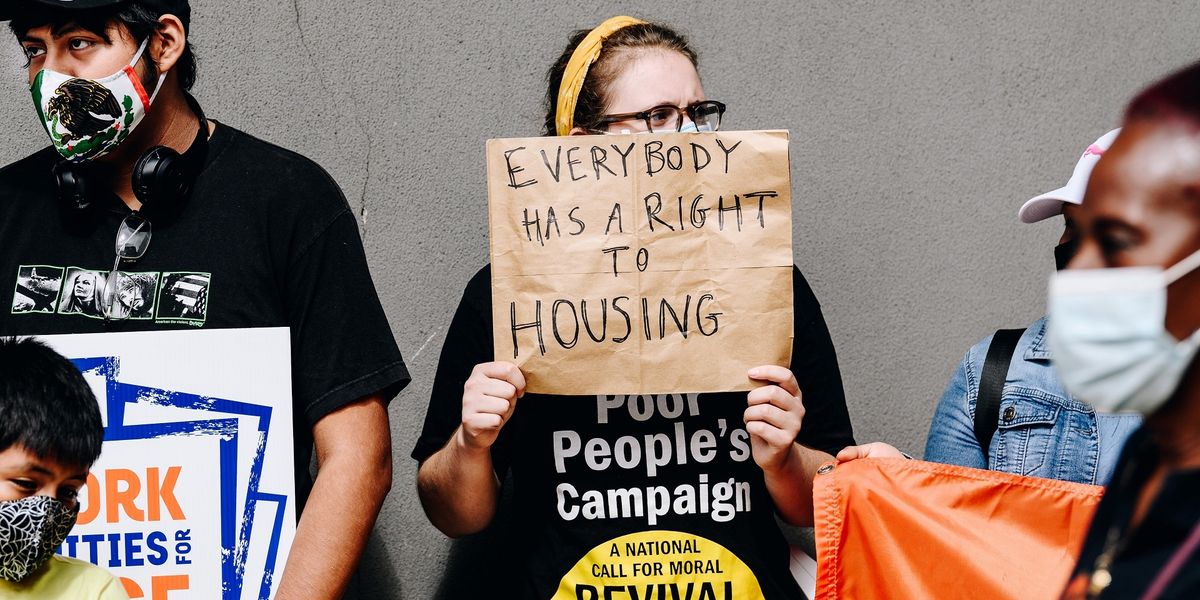 The Centers for Disease Control and Prevention has issued a sweeping moratorium on evictions nationwide, which decrees that landlords who are found to be in violation of the order face fines of up to $100,000 and a year behind bars.

The agency was granted purported authority for the action through an executive order signed by President Donald Trump last month, which “instructed federal officials to consider measures to temporarily halt evictions,” according to CBS News. CBS noted that “senior administration officials explained that the director of the CDC has broad authority to take actions deemed reasonably necessary to prevent the spread of a communicable disease.”

Renters covered through the executive order must meet four criteria. They must:
— Have an income of $198,000 or less for couples filing jointly, or up to $99,000 for single filers.
— Demonstrate they have sought government assistance to make their rental payments.
— Affirmatively declare they are unable to pay rent because of COVID-19 hardships.
— Affirm they are likely to become homeless if they are evicted.

Reason pointed out that landlords who violate the order — which goes into effect Friday and extends through the end of 2020 — can face steep penalties if they evict a renter covered under the federal government’s mandate. The penalties are steep: As much as year in jail and up to $100,000 in fines.

Advocates for both landlords and renters have criticized the CDC’s mandate.

Property rights advocates are crying foul over whether the government has such authority in the first place. Libertarian-leaning GOP Rep. Thomas Massie (Ky.) declared on Twitter, “If society concedes that the CDC can unilaterally seize property (with their ridiculous rent moratorium) our devolution into a ‘bureautocracy’ is complete, and private property no longer exists.”

If society concedes that the CDC can unilaterally seize property (with their ridiculous rent moratorium) our devolu… https://t.co/aYp1QhMBZP

Meanwhile, tenant advocates are calling the measure insufficient because the order requires renters to pay all unpaid rent after it is lifted.

Diane Yentel, president and CEO of the National Low Income House Coalition tweeted in reaction to the news, “while an eviction moratorium is essential, it is a half-measure that extends a financial cliff for renters to fall off when the moratorium expires and back rent is owed. This action delays but does not prevent evictions.”

She added, “Congress & the White House must #GetBackToWork on negotiations to enact a COVID-19 relief bill with at least $100 billion in emergency rental assistance. Together w/nat’l eviction moratorium, this would keep renters stably housed during and after pandemic.”

During heated negotiations, Manchin tells Sanders he’s ‘comfortable with zero’ dollars for Biden’s social spending plan: ‘We shouldn’t do it at all’
Do We Have Freedom of Speech, Really?
Nevada GOP Senate Candidate Runs as Bulwark against the Left’s Push for ‘Radical Transformation’
Conditional Cross-Petitions for Certiorari in Texas Abortion Litigation
30 Years of Justice Clarence Thomas