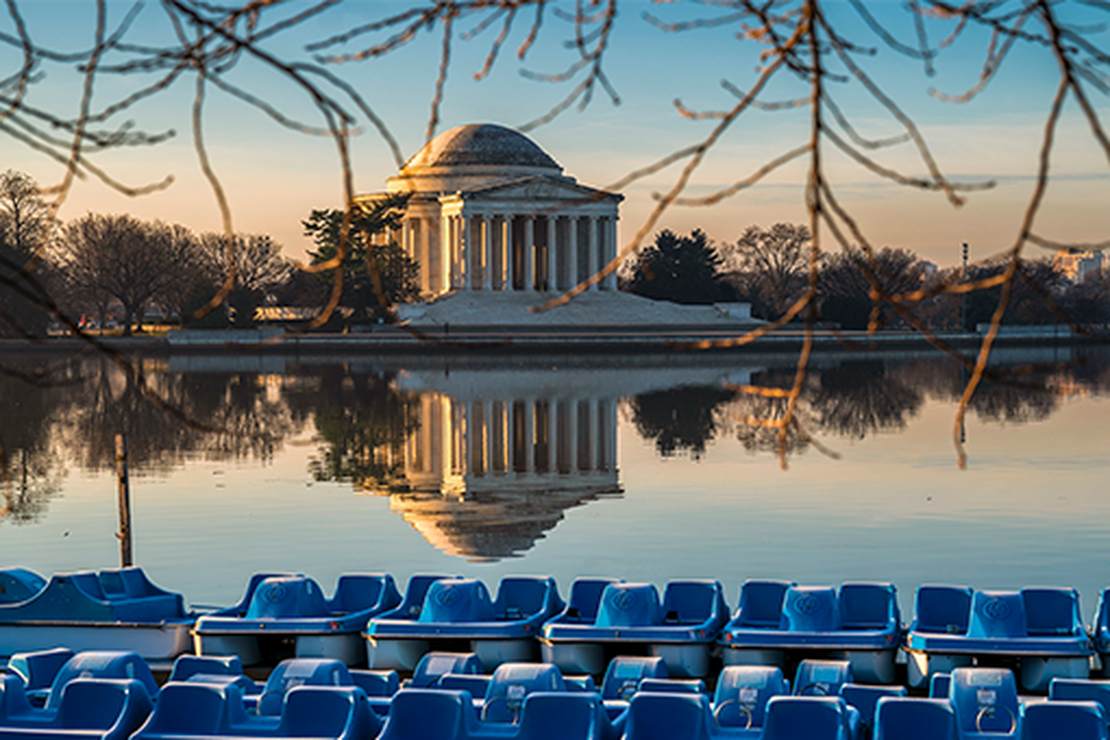 After the protests and riots following the death of George Floyd in police custody, Mayor Muriel Bowser (D-Washington, D.C.) brought together a commission to consider striking various alleged symbols of oppression from the nation’s capital city. The commission issued its recommendations on Tuesday and if Washington, D.C. acts upon them, Americans may see national landmarks like the Washington Monument and the Jefferson Memorial removed completely.

“We believe strongly that all District of Columbia owned public spaces, facilities and commemorative works should only honor those individuals who exemplified those values such as equity, opportunity, and diversity that DC residents hold dear,” the committee’s chairs, Bowser advisor Beverly Perry and public library director Richard Reyes-Gavilan, wrote in a letter introducing the report.

The commission analyzed historical figures commemorated in public monuments according to eight “DC values”: accessibility, diversity, equity, livability, opportunity, prosperity, resilience, and safety. They examined whether such figures participated in slavery, supported “systemic racism,” supported the “oppression of persons of color and/or women,” was a member of “any supremacist organization,” or violated the D.C. Human Rights Act, which prohibits discrimination based on “age, religion, sexual orientation, gender identity, and national origin.”

If commission members so desired, they could have suggested removing monuments to almost every political figure in American life until about 30 seconds ago. After all, many Democrats now condemn the Hyde Amendment (which prohibits federal tax dollars from funding abortion) as racist, so according to the ever-more-stringent standards of wokeness, a certain Joseph Robinette Biden Jr. may find himself #canceled. After all, a certain Barack Hussein Obama opposed “marriage equality” when he won the presidential election in 2008. Perhaps D.C. should prevent any monuments to America’s first black president because he violated the D.C. Human Rights Act.

In any case, the commission decided that only 153 of the 1,330 individuals commemorated in the names of schools, parks, government buildings, and monuments are “problematic” enough to warrant excision from the public consciousness. How generous of them!

“This week it’s Robert E. Lee, I noticed that Stonewall Jackson is coming down,” he said at the time. “I wonder, is it George Washington next week, and is it Thomas Jefferson the week after? You have to ask yourself, where does it stop?”

Commentators mocked Trump at the time, but now his remark seems prescient, if not prosaic.

After all, who else will save America from those horrible racist firefighters?

Yes, the far Left does want to remove these statues, and now a Democratic mayor’s commission has recommended removing the Washington Monument and the Jefferson Memorial from the nation’s capital city because racism.

Of course, the commission did not just recommend striking down the Washington Monument and the Jefferson Memorial. It also objected to 22 of the district’s public and charter school names, 78 street names, two of the ten public libraries, and 12 out of 75 parks and playgrounds named after historical figures.

In some cases, it may make sense to remove a name from a school, street, or monument as America’s culture changes. For example, the “Battle At Liberty Place” monument in New Orleans commemorated a Confederate uprising that took place after the Civil War. That monument literally celebrated the words “white supremacy.” That “monument” went too far by any standard, and Americans should celebrate its removal.

When activists begin to label America’s Founders, like George Washington, Thomas Jefferson, Benjamin Frankin, and George Mason “persons of concern” whose monuments should be removed from public view, they have jumped the shark. Nay, they have identified themselves as opponents of America’s heritage.

Why condemn the Washington Monument?

Yet perhaps it should not surprise Americans that Bowser’s committee would take aim at Washington, D.C., icons like the Washington Monument and the Jefferson memorial. After all, The New York Times launched the “1619 Project,” which uses Marxist critical theory to demonize America as a country founded on racist slavery, as opposed to a country founded on the Declaration of Independence.

The 1619 Project pushes an unguided and destructive revolution in the name of “racial justice.” It preaches that various aspects of American society, such as capitalism, are oppressive and racist. Indeed, the Smithsonian briefly taught that even things like science, the nuclear family, the Judeo-Christian tradition, and politeness itself are oppressive aspects of a “whiteness” culture.

Portland activist Lilith Sinclair showed how Marxist critical theory pushes aimless revolution. “There’s still a lot of work to undo the harm of colonized thought that has been pushed onto Black and indigenous communities,” she said. As examples of “colonized thought,” she mentioned Christianity and the “gender binary.” She said she organizes for “the abolition of … the “United States as we know it.”

When vandals toppled a statue of George Washington in Portland, they spray-painted “1619” on the statue. When Claremont’s Charles Kesler wrote in The New York Post “Call them the 1619 riots,” 1619 Project Founder Nikole Hannah-Jones responded (in a since-deleted tweet) that “it would be an honor” to claim responsibility for the destructive riots and the defamation of American Founding Fathers like George Washington.

In a November 9, 1995 op-ed, Hannah-Jones condemned Christopher Columbus as “no different” from Adolf Hitler and demonized the “white race” as the true “savages” and “bloodsuckers.” She went on to describe “white America’s dream” as “colored America’s nightmare.” Rep. Ilhan Omar (D-Minn.) expressed a similar sentiment when she called for the “dismantling” of America’s “economy and political system,” in order to root out supposed racist oppression.

Yet the “1619 riots” have arguably oppressed black people far more than the U.S. supposedly does. The riots have destroyed black lives, black livelihoods, and black monuments. At least 22 Americans have died in the riots, most of them black.

Americans accept that the country has a complex history, and many are willing to reconsider some historical monuments. But if Muriel Bowser removes the Washington Monument or the Lincoln Memorial, Americans will revolt against this dangerous and destructive ideology. Indeed, even by considering the removal of these Washington, D.C., icons, Bowser has made Trump’s reelection more likely.

Is Tom Cotton a Defender of Slavery?

Trump: ‘Joe Biden Has Given Moral Aid and Comfort’ to Rioters by Repeating ‘Peaceful Protests’

Pastor Voddie Baucham: ‘An attack on masculinity is an attack on the God who created us’
When Leaders Fail, It’s Up to Us to Remember 9/11
Germans Are Demanding a New China Policy. Will the Next Chancellor Deliver?
Stelter Cues Columnist to Slam Elder as ‘White Supremacist,’ Threat to ‘Communities of Color’
Approximately 70 people die from COVID vaccines every day in America – VAERS data