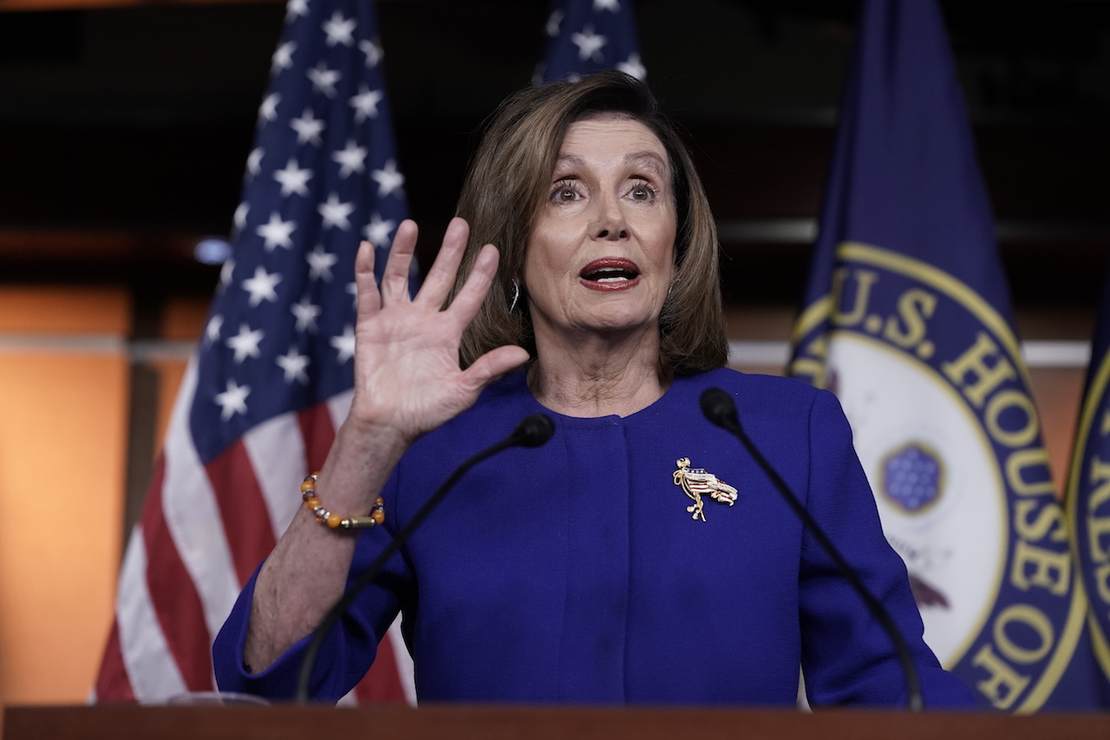 On Monday, House Speaker Nancy Pelosi (D-Calif.) infamously got her hair done at a San Francisco hair salon despite the fact that coronavirus lockdown restrictions have prevented the salon from reopening. President Donald Trump rightly called her out on this hypocrisy, and the single mother who owns the salon called Pelosi’s hairdo a “slap in the face.” On Wednedsay, Pelosi tried to turn the tables, calling the hairdo a “set-up” and demanding an apology.

Pelosi insisted that she has been to the salon “over the years many times.”

“I take responsibility for trusting the word of the neighborhood salon that I have been to many times,” she told reporters on Wednesday, Fox News reported. “When they said they could accommodate people one at a time, and we can set up that time, I trusted that.”

“As it turns out, it was a set-up. So I take responsibility for falling for a set-up,” the House speaker added. “The salon owes me an apology for setting me up.”

Salons in San Francisco had been closed since March and were only notified they could reopen on September 1 for outdoor hairstyling services only. Pelosi got an indoor hair styling session.

“It was a slap in the face that she went in, you know, that she feels that she can just go and get her stuff done while no one else can go in, and I can’t work,” Kious said, adding that she “can’t believe” the speaker didn’t have a mask on.

“We’re supposed to look up to this woman, right?” Kious said. “It is just disturbing.”

“We have been shut down for so long, not just me, but most of the small businesses and I just can’t – it’s a feeling – a feeling of being deflated, helpless, and honestly beaten down,” Kious added. “I have been fighting for six months for a business that took me 12 years to build to reopen. I am a single mom, I have two small children, and I have no income.”

“Crazy Nancy Pelosi is being decimated for having a beauty parlor opened, when all others are closed, and for not wearing a Mask – despite constantly lecturing everyone else,” President Donald Trump tweeted. “We will almost certainly take back the House, and send Nancy packing!”

Even if the hairdo was a “set-up” as Pelosi claimed, she inquired about getting her hair done and she agreed to do it. If Pelosi and her staff did not know that it was still illegal for hair salons to perform hairstyling indoors, what does that say about the speaker’s elitism? She doesn’t bother with the restrictions that still apply to the people she represents in San Francisco. Pelosi cannot claim she was innocent in all of this.

Democrats have employed some heinous double standards in their application of the coronavirus lockdowns. While lockdowns prohibited large gatherings, even for weddings and funerals, politicians attended the funeral of John Lewis — and Washington, D.C., exempted them from the mandatory quarantine it applied to everyone else who traveled to a “high-risk” state like South Carolina. While some states still prevent churches from gathering in person, many Democratic leaders have refused to break up large protests following the death of George Floyd in police custody.

Rep. Jim Jordan (R-Ohio) pointed out the glaring double standard in allowing protests while preventing people from going to work, from sending their children to school, and from attending religious services in person. “The ability to engage in your livelihood, the ability to have your kids get an education, the ability to practice your faith are just as important, in my mind, as protesting,” he said.

Hey California! Just Because Nancy Pelosi’s Nephew Shut Your Business Down Doesn’t Mean She Can’t Get a Haircut! UPDATED

How Do Democrats Keep Getting Away with Exempting Themselves from Social-Distancing Rules?