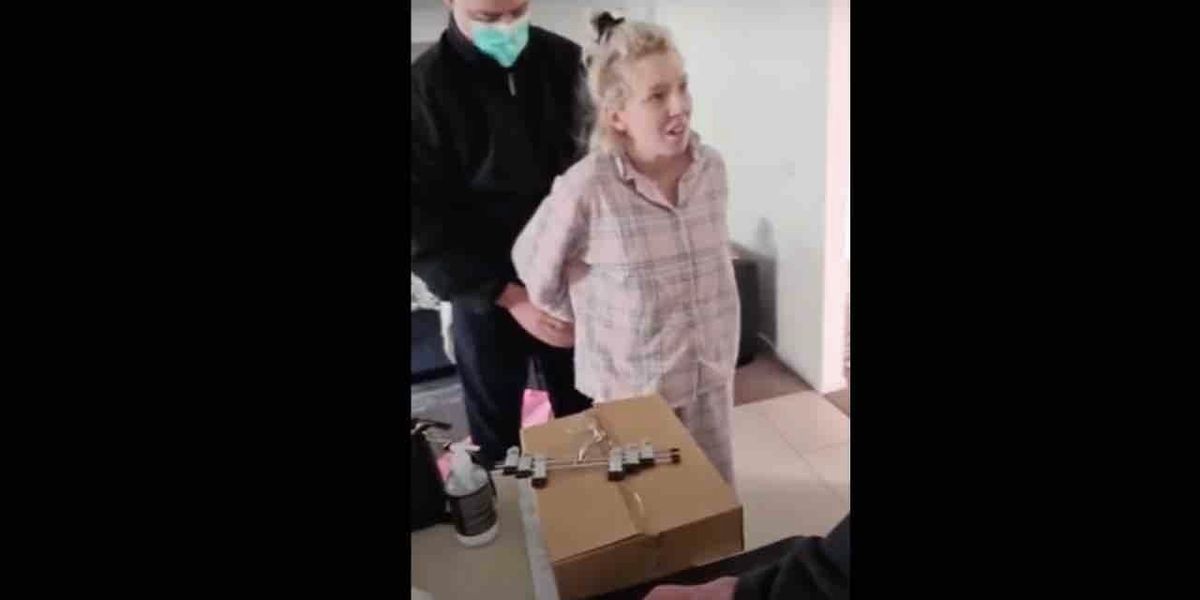 A pregnant woman was arrested in front of her children for “incitement” over her Facebook post about a planned protest of the COVID-19 lockdown in the Australian state of Victoria, 7News reported.

Video shows police entering her home in Miners Rest, which is northwest of Melbourne, on Wednesday afternoon, telling her she’s under arrest, and placing handcuffs on her, the station said.

Groups of anti-lockdown protesters have marked this coming Saturday for a series of planned protests across the country, 7News said. But the station added that others also have been arrested for incitement, including a 76-year-old man.

Regional Victoria is under stay-at-home orders, ABC Ballarat reported, and gatherings are banned.

The woman says on the video that she wasn’t aware she was breaking the law by advocating for the protest on social media.

“I wasn’t breaking any laws by doing that,” she’s heard saying to an officer.

“You are, actually, you are breaking the law,” the officer replies. “That’s why I’m arresting you.”

In the clip, the woman offers to take down her post.

But the police officers nevertheless executed a warrant and seized computers and mobile phones, including the one that recorded the incident, 7News said.

The handcuffed woman is in tears by the end of the clip.

What did police have to say later?

A Victoria Police spokeswoman told the station that a woman had been arrested and charged.

“Victoria Police is aware of a prohibited gathering which is planned for Ballarat on Saturday,” the spokeswoman said. “Any gathering of this nature is in blatant breach of the Chief Health Officer’s directions and puts Victorian lives at risk. Police executed a search warrant at a Miners Rest address this afternoon and a mobile device was seized. As a result, a 28-year old female has been charged with the offense of incitement and has been bailed to appear at the Ballarat Magistrates Court on 25 January 2021.”

The spokeswoman added the following warning, according to 7News: “Those still thinking of attending the protest in Ballarat on Saturday can expect a swift and firm response from police.”