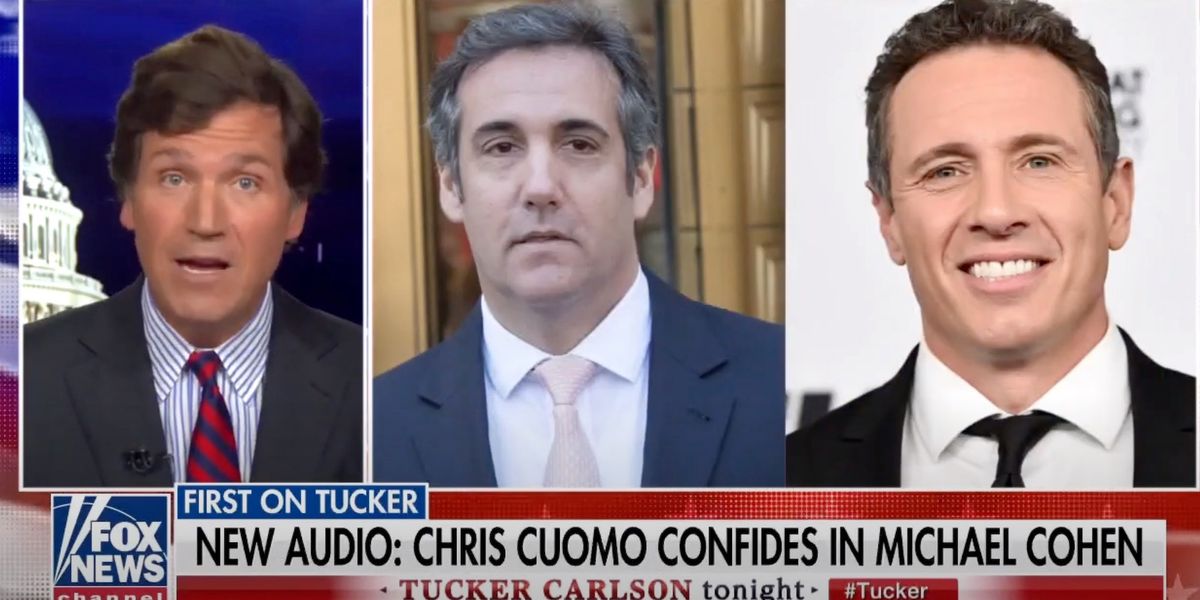 Cuomo appeared to be talking to Michael Cohen, the former friend and attorney to President Donald Trump, on the recording.

“You know, I’m always careful when I talk to media. Do you know how many f***ing phone calls I’ve gotten from people at ABC who say that reporters are calling and lying about things they’ve heard about me, to try to get stories about me when I was at ABC?” Cuomo said on the recording.

“Guys calling and saying, ‘I heard he was the Charlie Rose of ABC. He used to invite women to a hotel and open his bathrobe.’ Do I look like the kind of f***ing guy who’s gotta do that?” Cuomo asked.

“Sure, why not?” Cohen replies.

Carlson mocked Cohen and Cuomo over their conversation and noted how Cuomo was dismissive of the alleged sexual harassment accusations at a time when activists say all such accusations should be taken seriously.

‘The media is not your friend’

“Women who do work there saying, ‘Oh yeah, you know, some of these men,’ naming me with other guys. ‘You know, we bumped into each other once in the elevator, and he put his hand on my shoulder, and he made me really uncomfortable,'” Cuomo continued on the recording.

“I’m careful with the media, always,” he added. “I’ve always told you, the media is not your friend.”

Cohen registered his surprise and anger in a tweet he posted criticizing that Carlson was somehow able to obtain the private recording.

“The only people in possession of these recordings are me, @DOJ, @POTUS & Trump Org. I did not give this recording or authorization for its use to @FoxNews or anyone,” Cohen tweeted.

The only people in possession of these recordings are me, @DOJ, @POTUS & Trump Org. I did not give this recording o… https://t.co/yIO4K5pNvp

“@POTUS and cronies violated my First amendment rights and now this; all to discredit me and my book,” he added. “What’s next?”

Cohen made sure to use the occasion to publicize his book.

Here’s the video of the leaked audio:

#EmmysSoLame in Post-Trump Era
Biden’s Failure at Del Rio
Haunted house actor accidentally stabs 11-year-old with a real knife, but the boy finished the tour after receiving first aid
Prevent the Next Pandemic Part 2: Defund Dr. Peter Daszak for Good
Why in the World Is the Media Shocked at Biden’s Lack of Transparency?