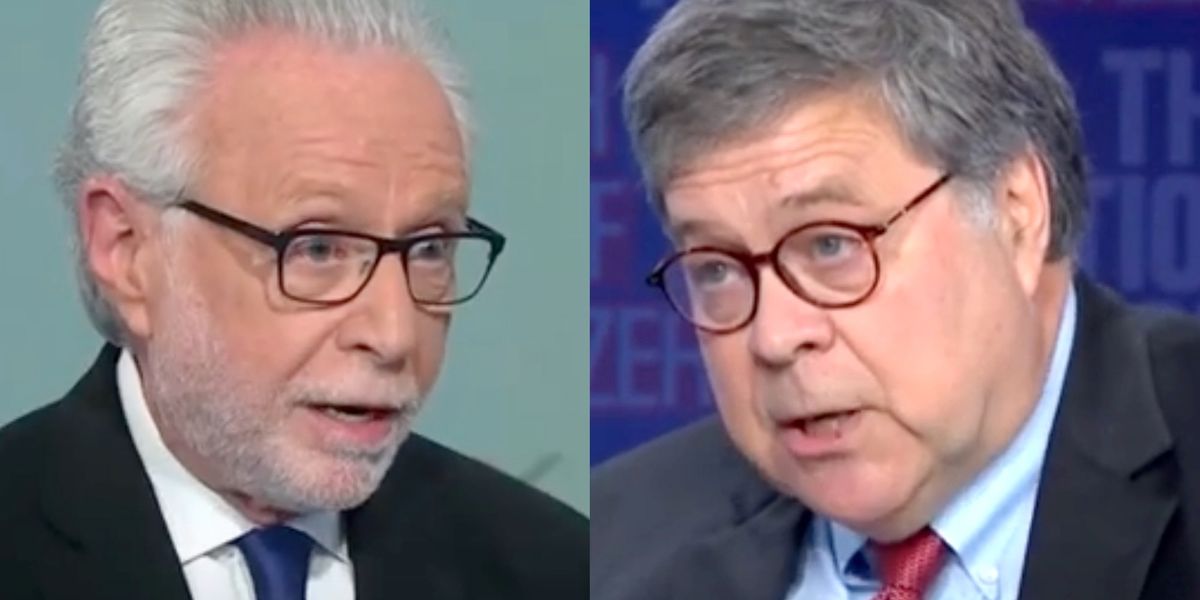 Blitzer began his interview with a quote from President Donald Trump telling his supporters in North Carolina to vote twice in order to test whether the absentee voter system is actually trustworthy.

“That sounds like he’s actually encouraging people to commit a crime, to vote twice,” said Blitzer.

Barr asked Blitzer to read the quote from the president again.

“‘So let them send it in, the voting by mail,'” quoted Blitzer. “‘And let them go vote, the ballot, let them send the ballot, and if the system is as good as they say it is, then obviously, they won’t be able to vote.'” It sounds like he’s encouraging people to break the law and try to vote twice.”

“Well I don’t know exactly what he’s saying,” responded Barr,” but it seems to me what he’s saying is, he’s trying to make the point that the ability to monitor this system is not good, and if it was so good, if you tried to vote a second time, you would be caught, if you voted in person…”

“I don’t know what the law in the particular state says,” said Barr.

“Well I don’t know what the particular state says, and when that vote becomes final,” said Barr.

“Is there any state that says you can vote twice?” asked Blitzer.

Blitzer pressed Barr on the issue.

“This is, you know, Wolf,” Barr interjected. “This is a, you know, sort of, cheap talk, to get around the fundamental problem, which is a bipartisan commission chaired by Jimmy Carter and James Baker said back in 2009 that mail-in-voting is fraught with the risk of fraud and coercion…”

Blitzer tried to interrupt but Barr talked over him.

“And since that time there have been in the newspapers, in networks, academic studies saying it is open to fraud and coercion,” said Barr. “The only time the narrative changed is after this administration came in. But elections that have been held with mail have found substantial fraud and coercion.”

Blitzer argued that Barr had no evidence that mass voting fraud had ever been committed, but Barr responded that there was greater threat of massive fraud if Democrats succeeded with implementing massive vote-by-mail.