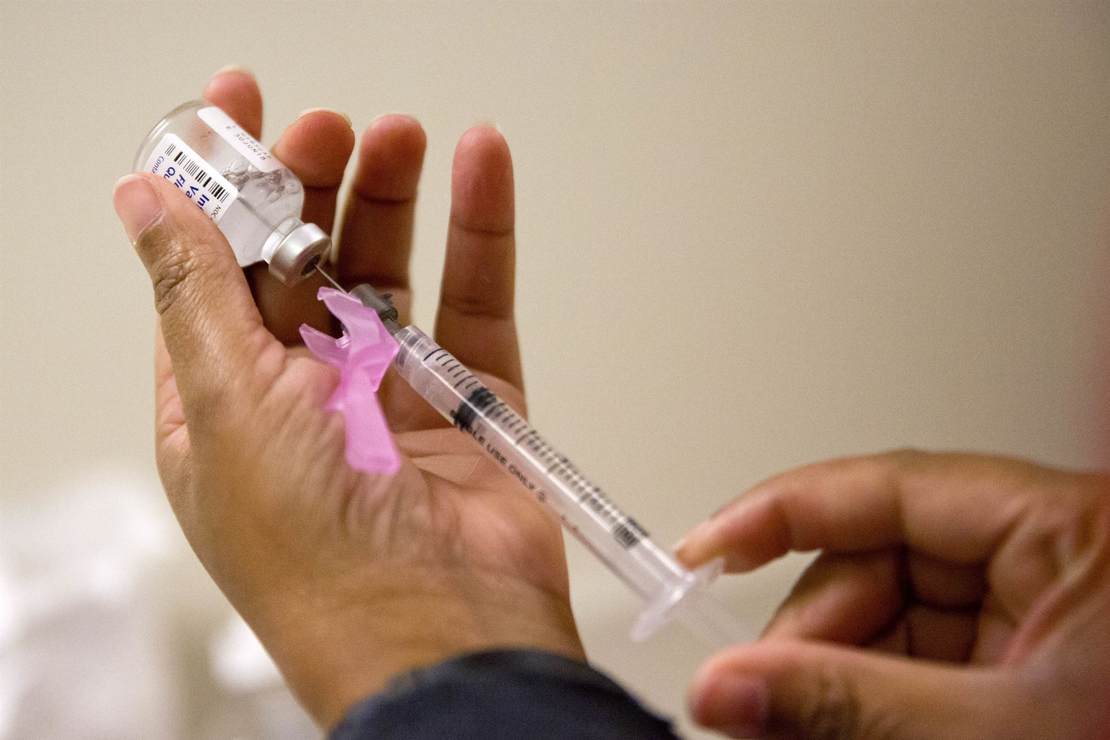 The Centers for Disease Control has informed state officials that they should prepare for the arrival of a coronavirus vaccine by October or November.

The vaccine would first be given to front line health care workers and Americans at risk of becoming seriously ill because of an underlying condition.

The CDC’s action comes after the Food and Drug Administration said on Friday that it’s possible one of the several vaccines currently undergoing the final stage of human trials could have those trials ended early and be given emergency approval if the results are promising.

Dr. Anthony Fauci says if a vaccine currently undergoing human trials is shown to be safe and effective, the government has a “moral obligation” to end the trial early and distribute it.

The vaccine’s potential fall timeline has raised some concerns by health experts over possible political pressure by President Trump and the White House to hurry a vaccine before the Nov. 3 election, even if it’s not safe.

“This timeline of the initial deployment at the end of October is deeply worrisome for the politicization of public health and the potential safety ramifications,” Saskia Popescu, an infection prevention epidemiologist, told The Times. “It’s hard not to see this as a push for a pre-election vaccine.”

I’d say it’s very hard to see this as a “push for a pre-election vaccine” — if you have two brain cells working. The timeline for distributing the vaccine is dictated by how the trials are proceeding. All the FDA and CDC are saying is that if the data supports it, the vaccine should be distributed.

But anything that might help Donald Trump get re-elected has the left screaming about “politics.” Maybe because it’s what they would do.

The CDC gave technical specifications for the storage, shipping and mixing of either vaccine A or vaccine B, which is likely two vaccines being developed by Pfizer and Moderna, the two that are furthest along in clinical trials, The Times reported.

Both vaccines would require two doses a few weeks apart.

The CDC stressed that the November timeline was hypothetical. “The Covid-19 vaccine landscape is evolving and uncertain, and these scenarios may evolve as more information is available.”

The New York Post’s Betsy McCaughey says that the EU and Great Britain are also considering emergency authorization for a virus if the data supports it. There are no elections scheduled in Europe any time soon.

Indeed, McCaughey points out how unlikely it is that political pressure could be used to speed up an unsafe vaccine.

Formal approval will be in the hands of the federal Vaccine and Related Biological Products Advisory Committee, experts drawn from industry and academia. They meet publicly, examine the data, vote and make a recommendation to the FDA. It takes months.

But even for emergency-use authorization, that committee will be consulted, explains Peter Marks, who runs FDA vaccine ­approval.

Hahn insists emergency use hinges on data, not politics, but anti-Trumpers accuse him of trying to boost the president’s re-election chances. These are the same voices who bash hydroxychloroquine, attack emergency use of remdesivir and wish failure on whatever breakthrough could stop the COVID carnage.

Why does the left want people to die? They are terrified of a Trump victory and would kill as many Americans as it takes to accomplish that.

The political effect of a safe and effective vaccine being distributed before the election is unknown. Trump can take credit for setting up a revolutionary process to create a vaccine but beyond that, it’s uncertain how the public will receive a vaccine. Some may see the timing as political. Others may not give Trump much credit at all.

But even a bounce of 1 or 2 percent nationally for the president would be significant. That’s why the prospect of a vaccine strikes fear in the heart of anti-Trump hysterics.

Glenn Beck: Here’s how Biden’s new finance report is the ‘most DANGEROUS movement in the world right now’
New York City to require entire municipal workforce to get vaccinated against COVID-19
Charles Barkley Fumes Over Kyrie Irving Being Unvaccinated
Jen Psaki triggers swift mockery after reporter grills her about Biden’s border visit: ‘I thought this was satire’
When Universities Are Incapable of Learning