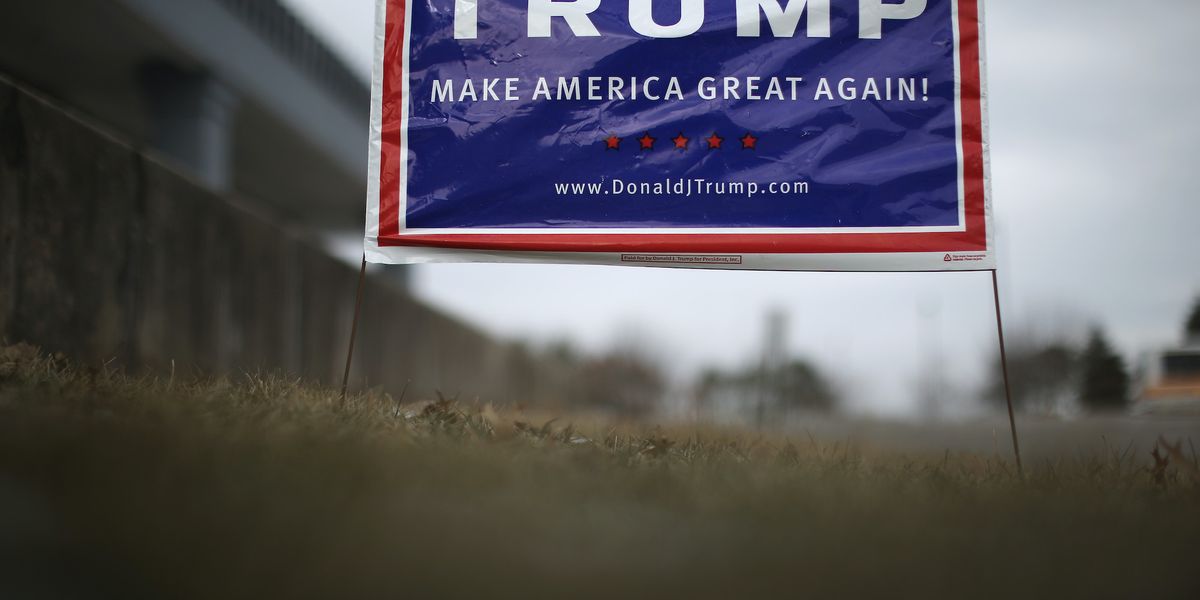 Police in Boulder, Colorado, said they are seeking a woman who allegedly assaulted a 12-year-old over his sign supporting President Donald Trump.

The incident unfolded on Monday at about 3 p.m. according to a police report.

The boy, who was left unidentified, was riding his bike with a pro-Trump sign when he says that a woman riding on a moped passed him and then took a u-turn in order to confront him about the sign.

Boulder police spokeswoman Shannon Aulabaugh said the woman told the boy, “you want something to look at?” or something similar before she punched him.

Aulabaugh said the woman hit the boy with her closed fist on his head, and give him several more blows. She also scratched him after he fell to the ground.

The boy told the police that the woman attempted to steal his sign but that she was unsuccessful.

Boulder police are seeking a white woman in her twenties or thirties. She was wearing a blue shirt, blue jeans and a tan jacket at the time of the alleged attack. Her moped was colored blue or gray.

He said that he was afraid to show his support for Trump because of the troubling incident. His father added that he wanted to press charges against the woman if she is identified by the police.

With ‘CBS Evening News’ Skidding, the Network Could Give O’Donnell the Boot
JUST IN: Alec Baldwin Accidentally Shoots and Kills Crew Member on Movie Set
On PBS, Capehart Lies That CRT Is Taught NOWHERE to Children in U.S. Schools
The Fringe With Megan Fox, Episode 74: A Lawyer’s Perspective on the Family Court Cartel
Don’t Trust the Biden Admin to Be Honest About the Number of Americans Still in Afghanistan