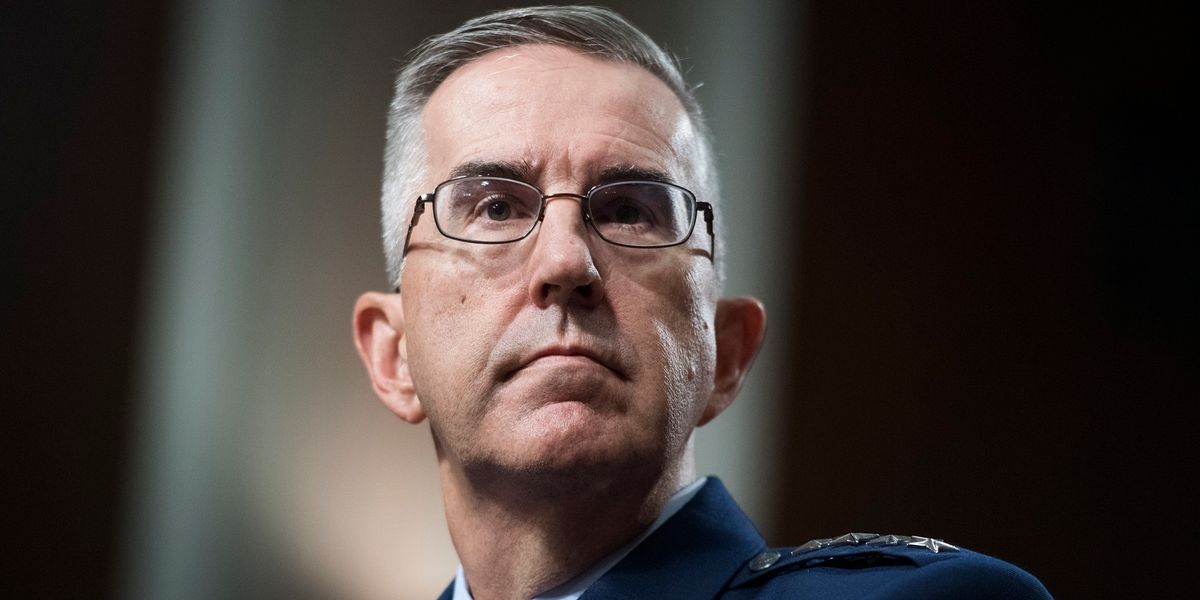 One of the most powerful men in the United States Armed Forces revealed part of his own personal story in a message this week addressing suicide among America’s men and women in uniform.

Air Force general and Vice Chairman of the Joint Chiefs of Staff John Hyten delivered a statement shared by The Joint Staff on Twitter Tuesday directed toward “service members and leaders on the importance of seeking help and being there for your people.”

The decorated general — who previously served as commander of Air Force Space Command — explained that armed forces leadership is working “relentlessly to better connect” with servicemembers’ loved ones and resources to prevent suicide among military personnel.

“To do this, we need to start with our chain of command,” Hyten said, acknowledging, “I sought help when I needed it.”

“If I’d had the flu, I’d walk through the front door to see the doctor,” he continued. “This was no different.”

Hyten added, “Our mental and physical health are equally as important and they’re the same thing. I got the help I needed and I’m stronger for it. So don’t hesitate to get professional help. There are no negative consequences to your career, and only positive results for you personally. For your family, and your friends.”

His message was shared by Chief of the National Guard Bureau Gen. Daniel Hokanson, who tweeted, “If Gen. John Hyten, vice chair of the Joint Chiefs, can have the courage to reach out for help, when he felt he needed it, without fear of consequences, then so can the rest of us.”

If Gen. John Hyten, vice chair of the Joint Chiefs, can have the courage to reach out for help, when he felt he nee… https://t.co/a9NOTUrs0F

September is Suicide Prevention Month, and Thursday is Suicide Awareness Day. Both come amid continued shutdowns spurred by COVID-19, which have exacerbated mental strains and suicidal thoughts —
particularly among America’s young adults.

But suicide rates among veterans has been a concern long before the coronavirus emerged. Nearly a year ago, the Military Times reported that “In the last four years, the official government estimate on the number of veterans who die by suicide has gone from 22 a day to 17 a day in the latest Veterans Affairs report.”