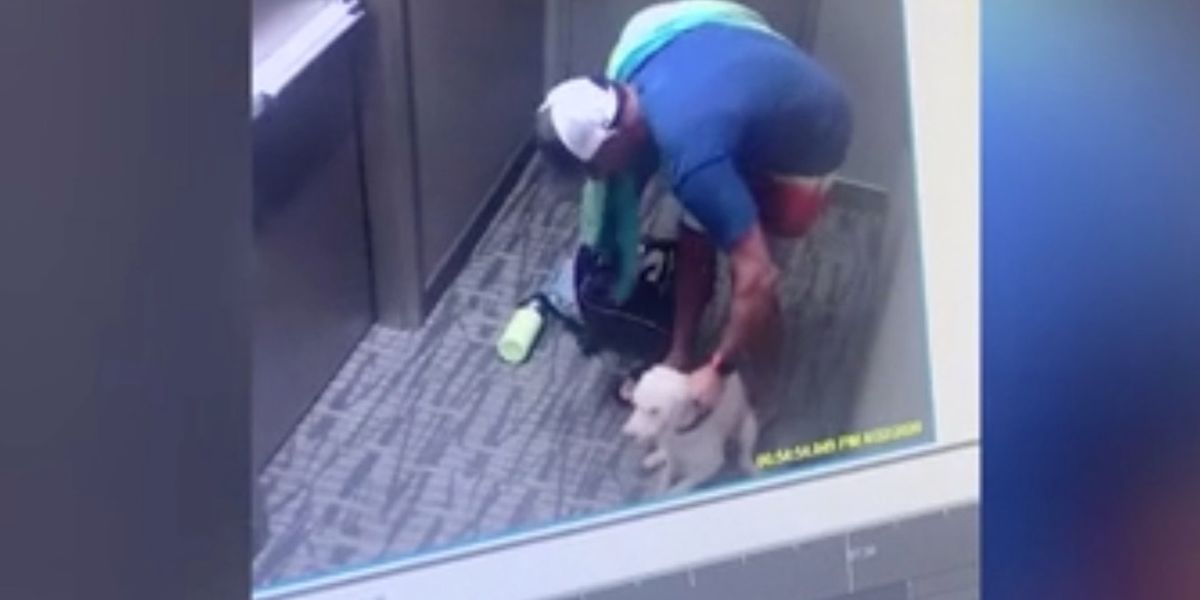 Surveillance video caught an environmental compliance company’s CEO slapping and beating his dog, and police said they were investigating after a public outcry.

The incident was reported by the Daily Mail, which obtained the video from the concierge at the Seychelle Condominiums building in Santa Monica, California.

The video shows Jeffrey Previte, 46, beating and slapping his dog outside of his apartment unit on August 22.

The concierge, who asked to remain anonymous, told the Daily Mail that he heard the dog whimpering from the front desk and filed a report with the police about the incident.

“I heard the dog screaming and when I looked on the camera, I saw him beating the dog,” he said.

Previte claimed in a statement that the concierge had been trying to extort him over the incident.

“I think this is very unfortunate that this has come across your desk. I don’t even know exactly what to say but I will say this: [The concierge] called me the evening of this interaction with my dog and that was at nine o’ clock at night and he attempted to extort money from me so that he wouldn’t report it to the building,” said Previte in the statement.

The story angered many on social media who demanded that the police investigate the matter.

“SMPD’S Animal Services Unit continues to investigate the incident for a violation of Penal Code 597(a) – Animal Abuse. We appreciate the tips received from the community,” tweeted the official social media account of the Santa Monica Police Department.

The concierge said that the building’s management did not take his report seriously and that he took a day off after reporting it. He also added that he had seen Previte wore a “Make America Great Again” hat.

The building management company released a statement to the Daily Mail.

“The apparent conduct of the unit owner was abhorrent and completely unacceptable,” read the statement. “Building management stands behind our employee and we took swift action including contacting animal control and directing the resident to cease all contact with our employee. We continue to evaluate other measures that can be taken with our counsel.”

Here’s the disturbing and graphic footage: