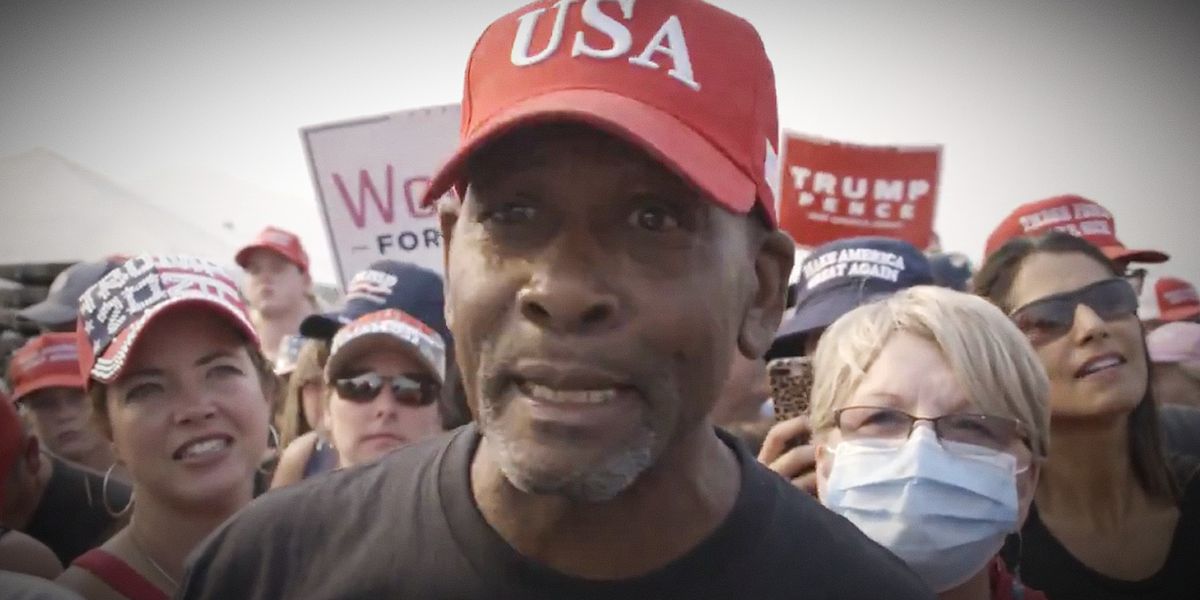 Video of a black Trump supporter singing the president’s praises has gone viral.

The footage, taken at a Nevada campaign stop, shows the man lauding President Donald Trump for his work with the black community, and for what he’s doing for small businesses across the country.

Team Trump shared the video across its social networking platforms, where it went viral.

What are the details of the video?

The video was captioned, “Supporter at #Nevada Peaceful Protest: ‘I support the president because he’s done more for the black community — all Americans really — than any other president in my lifetime.'”

The supporter added, “I’m happy with what he’s doing for businesses, small businesses, [and trying to] get us reopened.”

The video, at the time of this writing, has been liked more than 31,000 times.

‘The Democrats’ playbook is no black can leave the plantation’

Just last week, civil rights attorney Leo Terrell — a decades-long Democratic voter — spoke out against remarks made by “The View’s” Sunny Hostin in which she said that black conservative voters were Republican Party “props.”

“[Y]ou hear all of this coming from the Trump campaign about how black people have nothing to lose and they are gonna overwhelmingly vote for Trump, and you had all the black people props all over the RNC talking about all the stuff they’ve done for the black community,” Hostin said about the Republican National Convention. “You heard [former White House press secretary] Sarah Sanders yesterday talking about all the things that have been done for the black community by the Trump administration.”

Terrell snapped back at Hostin, telling Fox News’ Sean Hannity that he was no prop.

“See, the Democrats’ playbook is no black can leave the plantation,” he said. “We have to remain, if not, we will be called names. I’ve been called names recently, but here’s the point: I want to speak directly to Sunny from ‘The View.’ I have news for you, Sunny. Tim Scott is not a prop. Alice Johnson is not a prop. And the wife of David Dorn is not a prop.”

“I have 30 years invested with the left side, I know what the left side has done,” he insisted. “I freely decided to vote Republican. No pay, it’s because I love this country. … When you make this argument, as a lawyer, you should be ashamed of yourself to call black Republicans a ‘prop.’ That is a personal attack.”

‘You get paid to shape a liberal narrative’

In July, black Democratic Trump supporter Vernon Jones lit into MSNBC host Craig Melvin for suggesting that he was being paid by the Trump re-election campaign.

He continued, “It’s what I can do for my country, and you need to accept that many other African Americans and others support this president because of his policies. And to insult me to say, ‘Am I getting paid?’ — that is disgraceful, that is horrible, and that’s representative of MSNBC and their narrative to keep blacks silent who happen to support this president.”