Antifa Thugs Harass, Assault Black US Veteran – Steal His American Flag in Los AngelesOcasio-Cortez Declines to Promise Support for Pelosi as Speaker, Will Back ‘Most Progressive Candidate’Amid the Celebration, a Cautionary Note About the Democratic Playbook‘Trump 2020’: Mayor Bill de Blasio vows swift action against NYPD officer caught praising TrumpMatthew McConaughey bashes cancel culture, talks about being Christian in Hollywood and defunding the policeCNN: Press Wrong to Say Trump Could Win, Biden Scandal Just a SmearVan Jones’ Mixed Review of President Trump’s Record and Rhetoric Is FlawedSouth Dakota governor hits back at media who attacked her COVID responseCan the NYPD make up all of its personnel losses?Pelosi Says She Will Run for Speaker Again as Coronavirus Stimulus Talks Remain Stalled
Patriot Daily Press
Skip to content 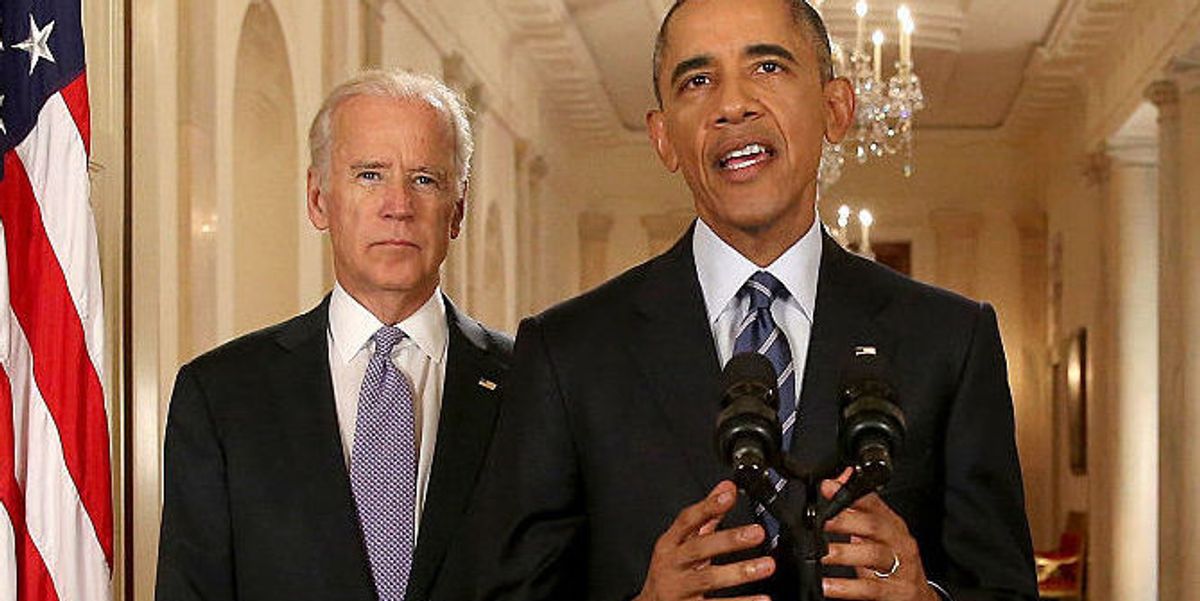 Democratic presidential nominee Joe Biden and former President Barack Obama declared Friday the Supreme Court vacancy caused by Ruth Bader Ginsburg’s death should not be filled until after the election.

Their position is a complete reversal of what they said in 2016, when Antonin Scalia’s sudden death left a vacancy on the high court just nine months before the presidential election.

In response to Republicans who vowed to not consider Obama’s nominee — Appellate Judge Merrick Garland — Biden said it is acceptable to move forward with Supreme Court hearings even just months before an election.

Biden’s comments,
made in March 2016, came in response to Republicans citing a speech he delivered in 1992 about election year Supreme Court nominations. He said:

They completely ignore the fact at the time I was speaking of the time of the dangers of nominating an extreme candidate without proper Senate consultation. They completely neglected to quote my unequivocal bottom line. So let me set the record straight as they say. I said, and I quote, “If the president consults and cooperates with the Senate or moderates his selection then nominees may enjoy my support as did Justice Kennedy and Justice Souter.”

I made it absolutely clear I would go forward with the confirmation process as chairman, even a few months ahead of a presidential election, if the nominee were chosen with the advise and not merely the consent of the Senate, just as the Constitution requires.”

But Biden said on Friday: “Let me be clear: The voters should pick a President, and that President should select a successor to Justice Ginsburg.”

Obama stated plainly that the Constitution requires the Senate to consider Supreme Court nominees, declaring that no rule exists stating that such consideration may only happen in non-election years.

“Historically, this has not been viewed as a question,” he continued. “There’s no unwritten law that says that it can only be done on off-years. That’s not in the constitutional text.”

“When there is a vacancy on the SCOTUS, the President is to nominate someo… https://t.co/7zjsboqKpx

But on Friday, Obama said: “Four and a half years ago, when Republicans refused to hold a hearing or an up-or-down vote on Merrick Garland, they invented the principle that the Senate shouldn’t fill an open seat on the Supreme Court before a new president was sworn in. A basic principle of the law — and of everyday fairness — is that we apply rules with consistency, and not based on what’s convenient or advantageous in the moment.”

Houston police officer killed by illegal immigrant, another officer injured
Stunning Video Shows The Difference Between The Old Border Barrier And The New Border Wall
Jeffrey Toobin and Our Public-Hate Ritual
Beware the Regulatory Crackdown on Big Tech
Black community outraged after California cop shoots and kills a black man, but cellphone video shows he was pulling a gun