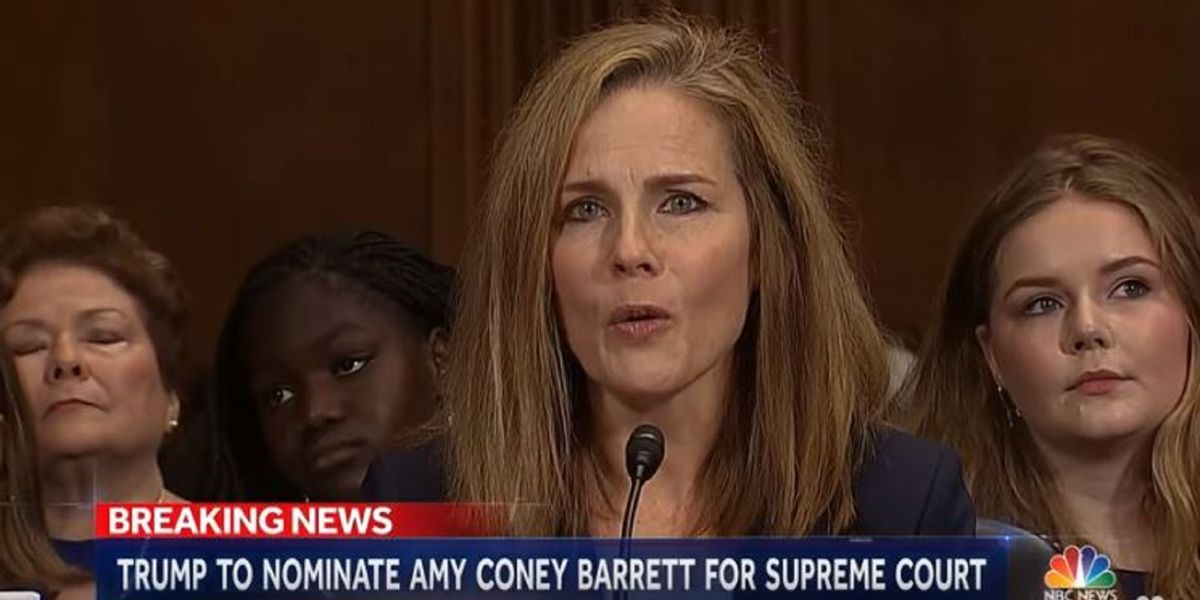 Judge Amy Coney Barrett was hit with a fresh round of assaults on Friday, after several media outlets reported that sources confirmed she would be named Saturday as President Donald Trump’s nominee to replace Justice Ruth Bader Ginsberg on the U.S. Supreme Court.

But one attack that grabbed the attention of social media was a pair of Democratic operatives who separately lambasted Judge Coney Barrett for adopting children.

Dana Houle, who identifies herself on Twitter as an adoptive parent who has “elected Democrats,” sent out a series of tweets on the topic that began by asking” “Does the press even investigate details of Barrett’s adoptions from Haiti? Some adoptions from Haiti were legit. Many were sketchy as hell. And if press learned they were unethical & maybe illegal adoptions, would they report it? Or not bc it involves her children.”

Houle deleted the tweet following widespread backlash, including from Republican Sens. Tom Cotton (Ark.) and Josh Hawley (Mo.), but continued standing her ground. She wrote later, “I shouldn’t have tweeted this…Not because it is smearing someone as engaging in child sex trafficking, but because I didn’t realize all the rubes out there would take offense to it.”

But Houle was not alone in her thinking.

John Lee Brougher, who identifies himself on Twitter as a supporter of several Democratic politicians and affiliated groups, tweeted, “As an adoptee, I need to know more about the circumstances of how Amy Coney Barrett came to adopt her children, and the treatment of them since. Transracial adoption is fraught with trauma and potential for harm, and everything I see here is deeply concerning.”

The attacks on Coney Barrett from Houle and Brougher sparked outrage on the social media platform, ratcheting up the tension between Democrats and Republicans in the ongoing battle over whether or not a new justice should be named to the Supreme Court before Election Day on November 3.

Even before Coney Barrett was named as the likely nominee, Democrats in Congress warned that her religious beliefs would be fair game for scrutiny during nomination hearings.

Sen. Mazie Hirono (D-Hawaii), a member of the Senate Judiciary Committee that will hold the hearings, said earlier this week:

“Look, it wasn’t her religious views — it’s anybody’s views that they bring to their decision-making. So they keep telling us that none of the things they wrote or said yesterday should infringe on their decision, but how can we be assured that they can be objective? … Why should we say you get a lifetime appointment so that you can reflect your ideological agenda in your decision-making?”

MSNBC Decries Republicans as ‘Killers’ and Fascists
Biden Continues to Lie About His Role in the Vaccine Rollout
‘The View’ co-host’s reaction to panelist who says Biden needs to care about independent voters should scare Democrats
A Breathtakingly Dishonest Tax Rant in the <em>New York Times</em>
On PBS, Capehart Lies That CRT Is Taught NOWHERE to Children in U.S. Schools