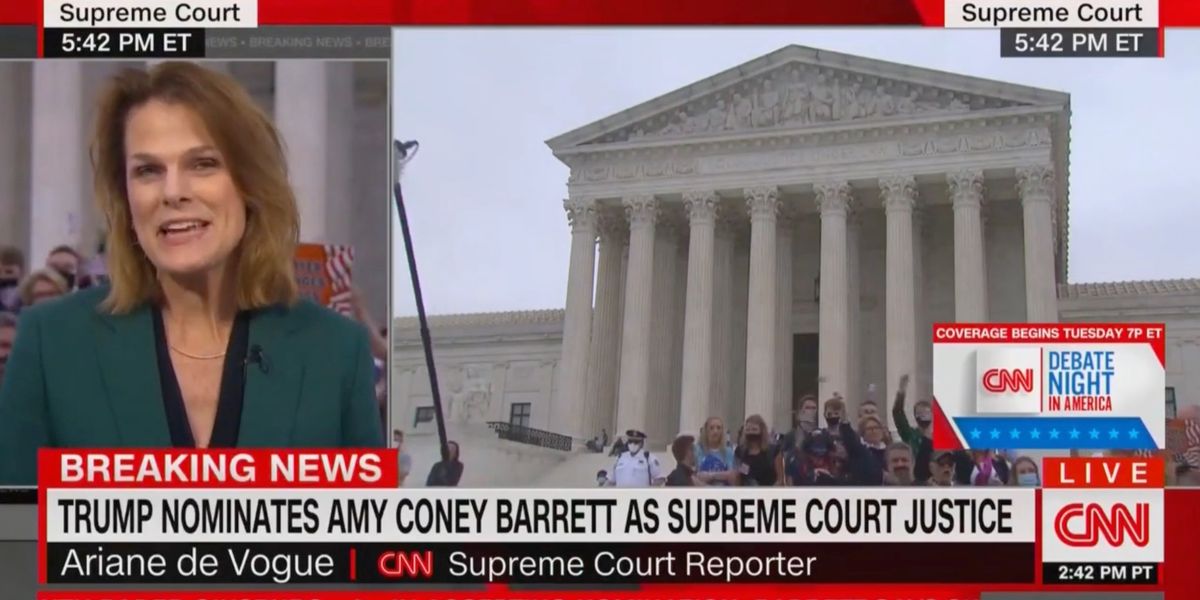 Others in the raucous crowd then joined him, screaming “fake news” and loudly booing.

The crowd was so loud, in fact, that CNN host Wolf Blitzer had to stop de Vogue from continuing to report on Barrett’s nomination.

“Ariane, I want you to standby— we can barely hear what you’re saying because of the crowd behind you,” Blitzer said.

CNN’s live shot at the Supreme Court is crashed by people who yelled “CNN is fake news!
https://t.co/EQEvko944F