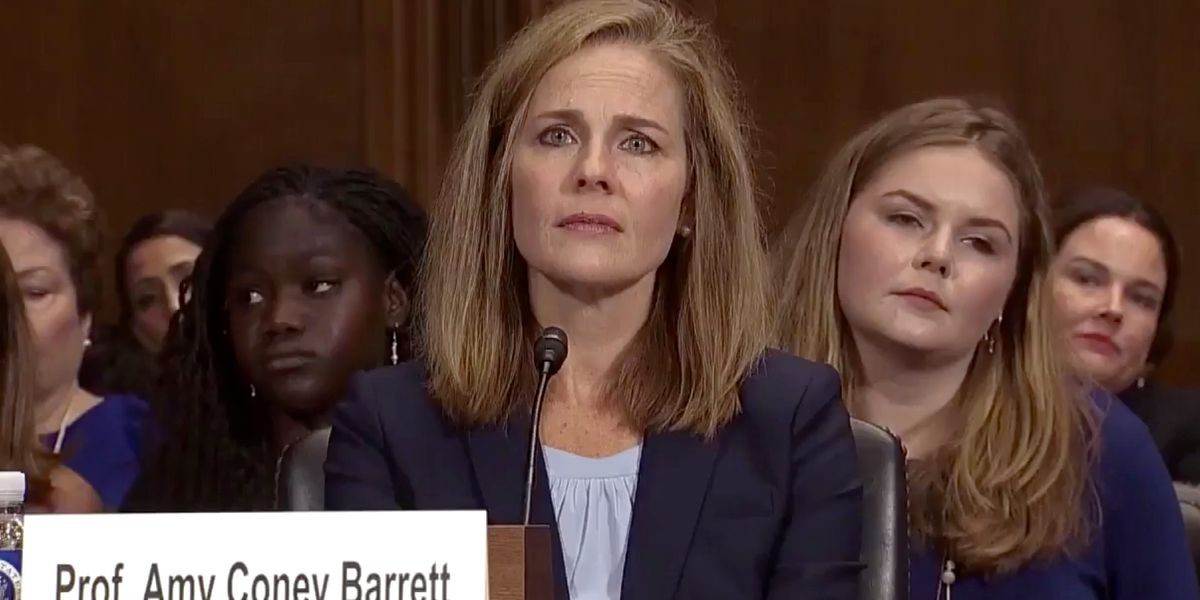 Amy Coney Barrett rose to national prominence in 2017 after she was confirmed to the 7th Circuit Court of Appeals. During her confirmation process, Sen. Dianne Feinstein (D-Calif.) infamously launched a broadside against Barrett’s faith.

“When you read your speeches, the conclusion one draws is that the dogma lives loudly within you — and that’s of concern,” Feinstein said, referring to Barrett’s Catholic faith.

Sen. Dick Durbin (D-Ill.) also questioned Barrett what it meant to be an “Orthodox Catholic.” Of course, the concern of Democratic lawmakers at the time was that Barrett may be placed in a position to someday help restrict abortion rights — or perhaps even overturn Roe v. Wade.

What did Lieberman say?

Speaking on Fox News, the former Connecticut senator — who was a Democrat for the majority of his political career until he left the party in 2006 — predicted that if Democrats focus on Barrett’s faith, “it will hurt her opponents.”

Lieberman, who is an observant Jew, explained that, in his experience, religious piety deeply resonates with Americans.

“I found that the fact that I was religious and observant was actually a tie, a bond [with] people of other religions who were similarly observant,” Lieberman said.

“You can disagree with somebody based on whether they’re pro-life or pro-choice, but when you start to say that you’re against them because their religion, in this case, their Roman Catholicism determines their point of view, you’re doing something really abhorrent that I think is bigoted, is un-American, and incidentally, is unconstitutional,” he added.

In fact, “Article VI of the Constitution says that you can’t apply a religious test for any office of public trust in America. That’s how wise and fair the people who wrote the Constitution were,” Lieberman explained.

Regarding Feinstein’s comments in particular, Lieberman called them “improper” and “biased.”

“I thought Sen. Feinstein’s question in that case was really improper, and was biased really. Everybody brings to the Senate, to the Congress, to [the] Supreme Court experiences and beliefs that they have,” Lieberman said. “There’s no reason why a religiously observant person should be accused more of dogma than somebody who is particularly ideological in a secular way.”