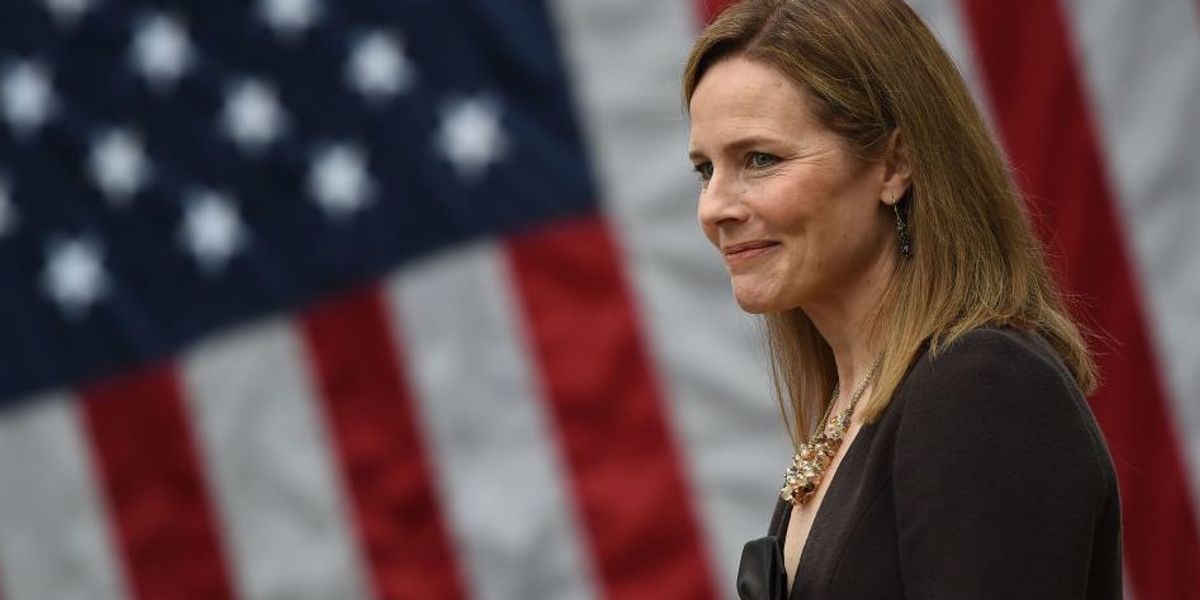 It’s official: Amy Coney Barrett will likely be the next Supreme Court justice.

“Today it is my honor to nominate one of our nation’s most brilliant legal minds, Judge Amy Coney Barrett,” Trump said.

Trump said that Barrett will decide cases based on the text of the Constitution. He urged Democrats to give her a “respectful and dignified” Senate hearing, and cautioned the media from stoking a “personal and partisan” confirmation process.

In her acceptance speech, Barrett honored the life of Ruth Bader Ginsburg, and pledged to hold to the Constitution.

Barrett’s nomination was not unexpected.

Top Republican sources told numerous media outlets Friday that Trump had chosen Barrett to succeed Ginsburg on the court. She was the leading candidate all week, and the only potential nominee who personally met with Trump, CNN reported.

Barrett, 48, is currently a judge on the Seventh Circuit Court of Appeals, a position she was confirmed to in 2017 after being nominated by Trump. She graduated from Notre Dame law school and has worked there as a professor since 2002.

Barrett is a devout Catholic and mother of seven children, including two adopted children and another with Down Syndrome.

As it became more clear Barrett would secure the nomination, leftists, who have already been attacking Barrett’s faith, began attacking her family, even suggesting that she illegally adopted her children.

Next up for Barrett is her Senate confirmation, which will undoubtedly get ugly as Democrats will use every weapon in their arsenal to stop her confirmation or, at the very least, discredit Barrett.

Unfortunately for Democrats, Senate Majority Leader Mitch McConnell has already confirmed that Republicans have enough support in the Senate to confirm Barrett, even if every Democrat opposes her nomination.

Barrett’s likely confirmation will give conservative-leaning justices a 6-3 majority on the Supreme Court.