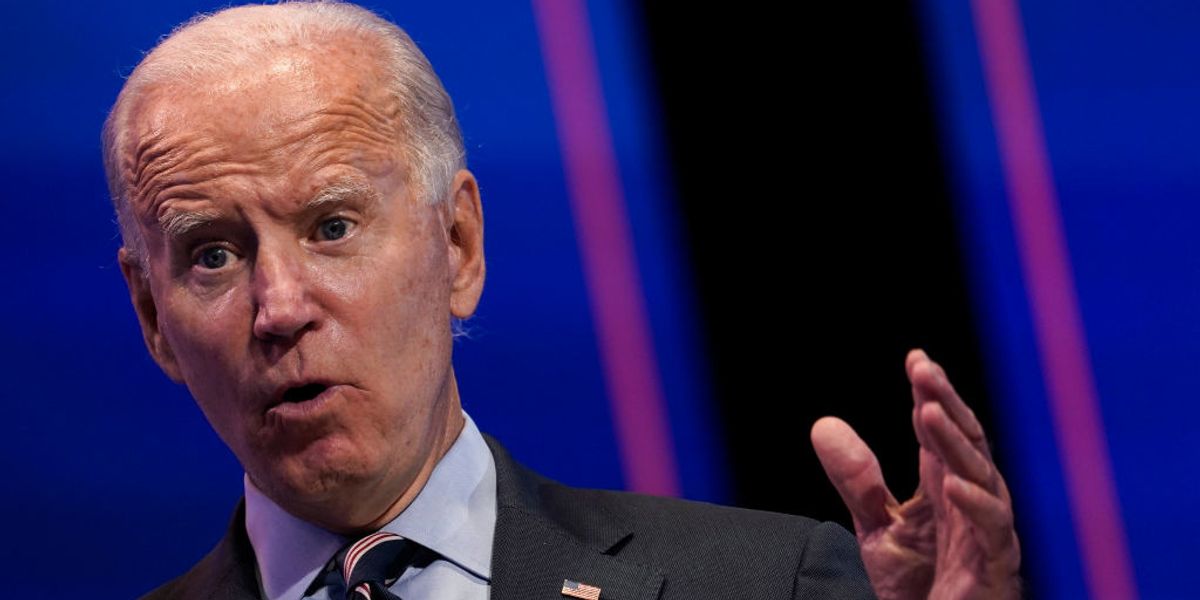 Biden made the assertion while on the campaign trail in October 2019. During a town hall event held at the historic Wilson High School in Florence, which was founded in 1866 by the Freedmen’s Bureau for black children, Biden made the unfounded claim.

“I got started out of an HBCU, Delaware State — now, I don’t want to hear anything negative about Delaware State,” Biden told the audience. “They’re my folks.”

Biden claims he “got started out of an HBCU, Delaware State” when he did not attend the university

Carlos Holmes, the director of news service for Delaware State, said Biden was never a student at the school.

Holmes noted that the former vice president had made appearances at the university.

“However he was the Commencement keynote speaker in 2003 and [2016], and during the former he was awarded an honorary doctoral degree,” Holmes said.

Biden went on to win the South Carolina Democratic primary, which resurrected his campaign after disappointing results in Iowa, New Hampshire, and Nevada.

In Biden’s 2007 memoir, “Promises to Keep,” the former VP talked about his time as a freshman at the University of Delaware, but there is no mention of Delaware State University.

The Biden campaign did not immediately respond to a request for comment by the Washington Times.

Biden made the remarks during a visit to Abu Dhabi on March 7, 2016.

“And I want you to know notwithstanding what you may hear about me, I have incredibly good judgment. One, I married Jill,” Biden said in the video. “And two, I appointed Johnson to the academy. I just want you to know that. Clap for that, you stupid bastards.”

Biden continued, “Come on, man. Man, you are a dull bunch. Must be slow here, man. I don’t know.”

The Biden campaign confirmed that the video is real and said that he was joking.

“Vice President Biden was jokingly encouraging the audience to clap for an airwoman on the stage, and a number of service members can be seen laughing and smiling at the comment,” Andrew Bates, a spokesperson for the Biden campaign, said.

SoCal: Woman Who Refused to Wear Mask in OC Grocery Store Convicted of Trespassing
Chris Wallace Commends Jen Psaki: ‘One of the Best Press Secretaries Ever’
Gruesome scene found inside Indiana home after police gun down a man over report of a dead body
‘Unwoke’ With Kevin and Kruiser: Rat Hunting With KDJ
Wild shootout caught on security camera after three assailants steal Florida woman’s puppies