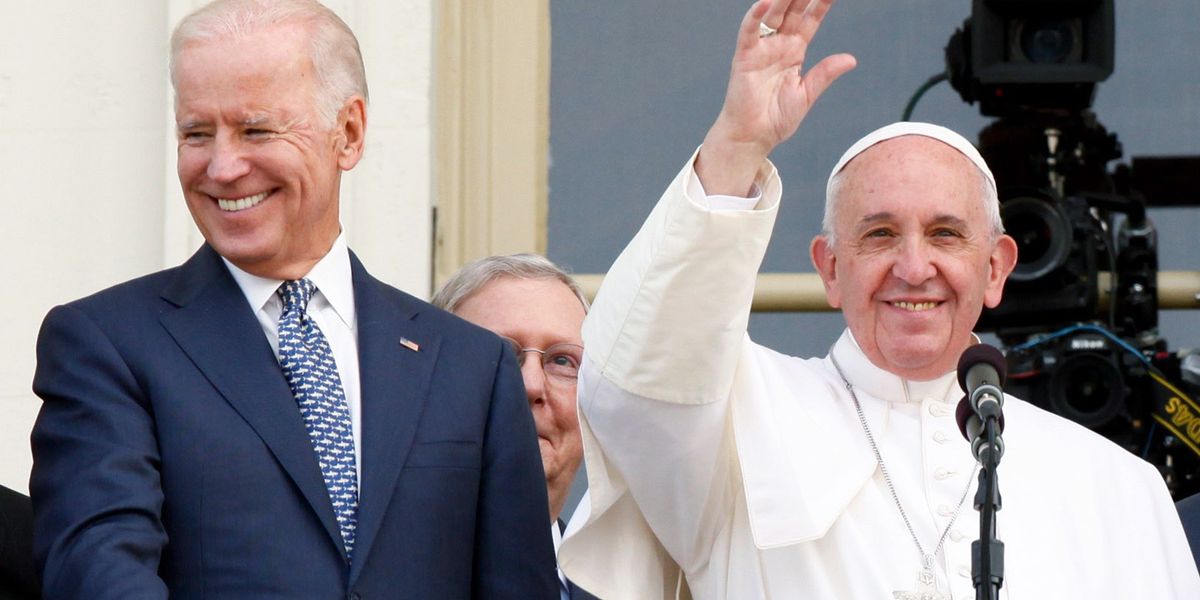 A staff member on Democratic presidential nominee Joe Biden’s campaign suggested that those with strong faiths — such as that of Orthodox Catholics, Jews, and Muslims — should perhaps not be permitted to serve on the Supreme Court, according to a report from National Review.

Now she appears to have gone missing from the internet as both her Twitter handle and LinkedIn account have been deactivated.

The staffer — Biden campaign Deputy Data Director for Pennsylvania Nikitha Rai — made the suggestion on Monday, intimating that a Supreme Court nominee’s faith should somehow disqualify them from serving as a U.S. Supreme Court justice.

According to the outlet, the remarks came during a Twitter exchange between Rai and Brookings Institute Senior Fellow Shadi Hamid during which Rai suggested Supreme Court nominee Amy Coney Barrett’s Catholic beliefs were problematic.

Hamid had responded to a tweet that said Barrett was a trustee at a Catholic school that opposed same-sex marriage as homosexual acts are “at odds with Scripture.” Hamid replied, “Wait, why is this news? Isn’t this the standard position for any orthodox Catholic?”

Hamid then went on to note that both Orthodox Muslims and Jews also typically hold the same values.

“True,” Rai purportedly agreed. “I’d heavily prefer views like that not be elevated to SCOTUS, but unfortunately our current culture is still relatively intolerant. It will be awhile before those types of beliefs are so taboo that they’re disqualifiers.”

TheBlaze reached out to Rai for comment on the exchange via her then-active LinkedIn page. She did not respond. Moments later, she appeared to have deactivated her LinkedIn page as well.

At the time of this reporting, Google still lists her LinkedIn profile as an active link.

Comedian Jeremy McLellan shared a screenshot of the purported exchange between Hamid and Rai, captioned, “Here’s a @JoeBiden staffer saying that orthodox Christianity, Islam, and Judaism should be made ‘taboo’ and driven from the public sphere. Beneath all the talk of ‘interfaith’ and ‘pluralism,’ this is what they really believe.”

Here’s a @JoeBiden staffer saying that orthodox Christianity, Islam, and Judaism should be made “taboo” and driven… https://t.co/i2ayVjvuvv

In 2017, Sen. Dianne Feinstein (D-Calif.) also took Barrett — a vocal Christian and former clerk for late Supreme Court Justice Antonin Scalia — to task over her faith during her Senate Judiciary Committee confirmation hearings to the 7th Circuit Court of Appeals, calling her “controversial.”

“Why is it that so many of us on this side have this very uncomfortable feeling that dogma and law are two different things, and I think whatever a religion is, it has its own dogma,” Feinstein said at the time. “The law is totally different. … The conclusion one draws is that the dogma lives loudly within you. And that’s of concern.”

Every Day Can Be Black Friday
The Four Hundredth Anniversary of Thanksgiving
Doctor who raised alarm about new COVID variant pumps brakes on hysteria, says symptoms are ‘unusual, but mild’
Column: A Victory Lap with Tucker Carlson?
<em>Time</em> Magazine’s Revealing Hero-Worship of the Facebook ‘Whistleblower’