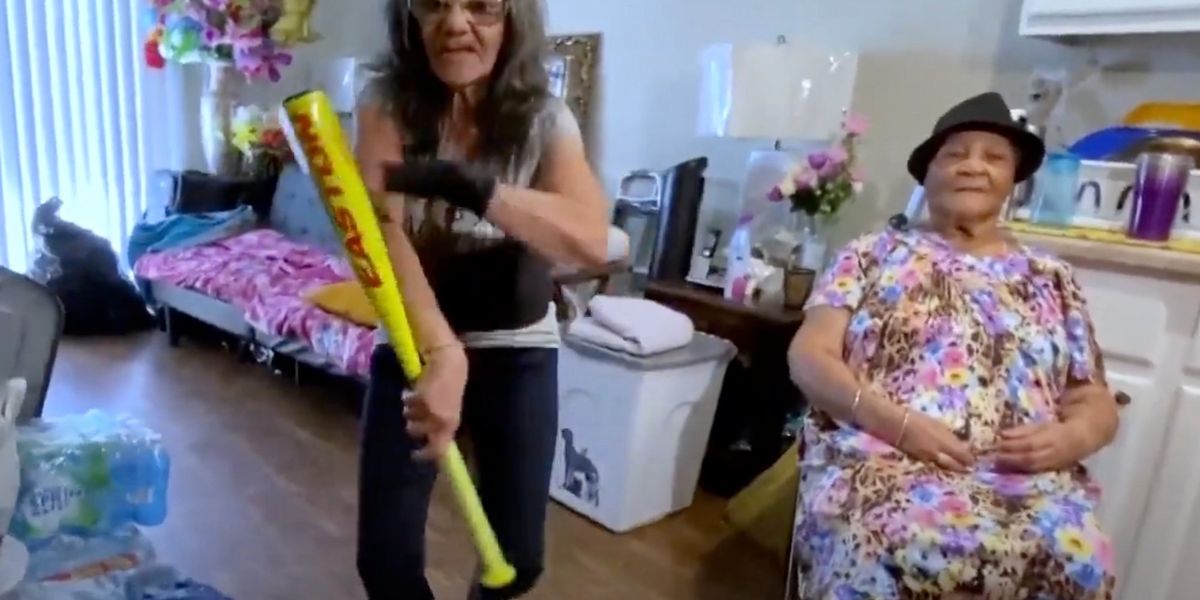 An 82-year-old woman was saved from a harrowing attack by a male intruder when her friend and bat-wielding neighbor beat him down with her martial arts skills.

Elizabeth McCray told KTLA-TV that she was attacked by a man who broke into her apartment and jumped on her while beating her down.

Her cries alerted her friend and neighbor Lorenza “Miss Kitty” Marruja, who rushed over with martial arts skills.

The 67-year-old Marruja told KTLA that the man had tried to attack her before he moved on to McCray’s apartment, and that she had driven him away using a baseball bat.

“I was aiming at his head, and he backed off and said, ‘No Miss Kitty, no Miss Kitty, I’m not gonna hurt you,'” Marruja told KTLA.

McCray said that Marruja rushed into her apartment and gave the man a second beating.

“I had him on the ground. First, I went down like to this to his chest,” Marruja explained. “And then this was on his throat, like that. I had my hand right here on his jaw and I was aiming toward his eyes.”

Marruja demonstrated her martial arts moves for the KTLA camera.

She says that he tried to get up but that she held him down until the police arrived.

“If I did have my bat I would’ve busted his knee caps,” she said.

Fontana police Officer Jennie Venzor told KTLA that they do not recommend elderly people confront home intruders, but that the police officers were impressed with Marruja when they arrived.

She said the man was arrested on suspicion of elder abuse over the incident.

Here’s the KTLA video of the altercation: