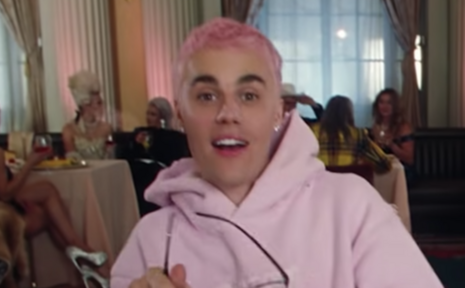 The left will crawl over broken glass to get Trump out of office and celebrities will be there cheering them on until the last vote is cast. Yet ANOTHER Hollywood voting initiative is being rolled out as that fateful election day approaches, and the left is so desperate to get young people to vote for once that they’re dragging out Justin Bieber to convince them to go to the polls.

Billboard.com reported on October 16 that several huge name artists from the music industry, actor Mark Ruffalo, and some of the gun control activist kids are joining with left-wing nonprofits and Democratic coalitions to put on a big Get Out the Vote virtual rally on October 24, AKA “Early Voting Day.” Among the famous names are Bieber, Demi Lovato, and rapper Common.

Titled “Vote With Us,” the three hour, star-studded virtual event aims to achieve “the biggest voter turnout possible among young people and communities of color in the weeks leading up to the general election on Nov. 3.”

In addition to the actual rally where musicians will perform songs and various celebrities will beg kids to vote like their lives are in danger, there is an “11-day on-the-ground mobilization” component where folks will register to vote, go out and encourage members of their communities to register to vote, and even vote early as well.

There seem to be countless numbers of these celebrity-endorsed voting events. Chinese virus has stopped movie making and live concerts and, as they say, idle hands are the devil’s playthings. This week the entertainment industry hosted a West Wing reunion explicitly geared to raise voter awareness, and last week many celebrities bizarrely took off their clothes and posed naked to get people aware of mail-in voting procedure.

Young political activists, including the precocious Parkland, Florida, high school gun control activists will be a part of the event, too.

Marjory Stoneman Douglas High School shooting survivor turned strident gun control activist Emma Gonzales, wrote in a statement for the event, “To vote is to harness your power, and we have to use the power that’s given to us. Don’t just vote for yourself, vote for every person; for every person whose basic rights are at risk.”

Of course, “every person” Gonzales referred to whose rights “are at risk” included felons and illegals. Vote “for every person who can’t vote because they are undocumented or incarcerated,” she said. Yep, not letting prisoners and non-citizens vote is voter disenfranchisement, isn’t it?

Yeah, let us all vote so that incoherent activists and those kinds of emotionally manipulative talking points get into office.

Fox’s Greg Gutfeld DOMINATING Liberal Hack Stephen Colbert in the Ratings
The Fringe with Megan Fox, Episode 70: Retaliation Against Parents Who Speak Out Against School Board Policies Explodes
Ten Anti-Trumpers Who Were Anti-COVID Vaccine While Trump Was President
Stunning video shows how ‘never ending stream’ of migrants are easily pouring into US near Del Rio: ‘Absolutely stunned’
HORRORS CONFIRMED: Obama’s FDA purchased “fresh and never frozen” aborted baby heads and other body parts