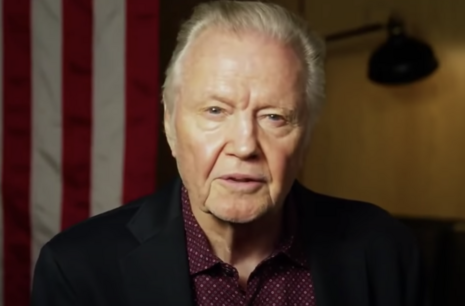 Hollywood is the land of special snowflakes who expect to be told that they’re pretty and wonderful, so they can muster the courage to crack a smile on camera. Tough work, we know. But boy howdy, are they quick to point out the ugly in folks who look and think different than they do.

Over the weekend of October 17, Hollywood stars Kirstie Alley and Jon Voight voiced their support for Trump. To no one’s surprise, mainstream, far left Hollywood broke out in a fever as if it was a human body trying to fight an infection of orange-colored bacteria.

As election day appeared loomed on the horizon, Alley, the Cheers and Look Who’s Talking actress told the Twitterverse that she was voting for Donald Trump and why she was doing so. The actress said, “I’m voting for @realDonaldTrump because he’s NOT a politician. I voted for him 4 years ago for this reason and shall vote for him again for this reason.”

“He gets things done quickly and he will turn the economy around quickly. There you have it folks there you have it,” Alley added, unafraid of what she must have known would come her way.

Like clockwork, Hollywood hyenas like director Judd Apatow pounced on Alley’s tweet as if it was an easy kill. Apatow, who has proven himself an anti-Trump bully on the platform, dismissed Alley’s tweet with a personal attack. He tweeted, “Shelley Long was way funnier than you.” Ouch.

Perhaps we should go easy on Apatow. After all he did consider Trump’s 2016 win an experience like being “raped,” so he must have some real fear over the president and his supporters acquiring a second victory. Breathe, Judd. BREATHE.

Napoleon Dynamite actor Diedrich Bader tried to intellectually dominate Alley’s tweet, responding with, “Actually, he’s running for RE election. He’s a politician Also, strange argument Like ‘i want someone who’s NOT a pilot to land the plane.’” As opposed to someone like Biden, who’s been a pilot on a non-stop flight or 47 years with no discernible destination? No thanks!

Midnight Cowboy actor and Oscar-winner Jon Voight posted a video of his support for President Trump to Twitter on . In the video he called Trump “real,” and claimed that he would bring “back the peoples’ trusts.” In the same clip, Voight also slammed “leftists” and Joe Biden, who he claimed “are not for the American people.”

Even loonier Arquette sister, Rosanna Arquette piled in on Voight, tweeting, “I’m so sad. I loved working with him a truly fine actor this is a terrible tragedy that he can support such hatred and racism and try to convince others to.” This coming from the lady who tweeted that quick COVID-19 vaccines from Israel could be some sort of zionist for-profit plot.

Casino Royale actor Jeffrey Wright lambasted Voight with his own tweet, calling him insane. “Lunacy. Worked with him once. Nice guy. We were in Mozambique for over a month. Dude stepped not one toe outside the hotel except to go to set or maybe a cast dinner inside a private house. Guess there was too much ‘evil’ out there. But ‘stick to acting.’ ‘Your bubble.’” 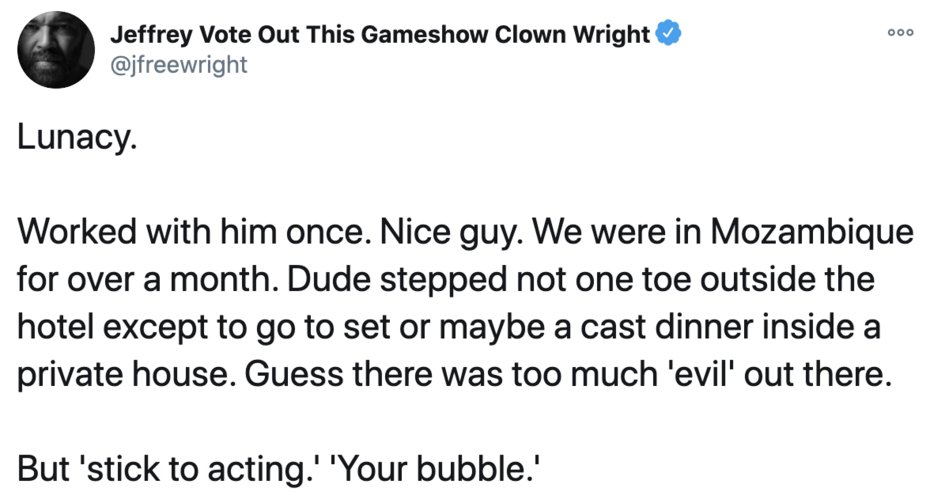 Though judging by the heat these folks get for voicing a different political opinion, can you blame Voight for keeping to himself?