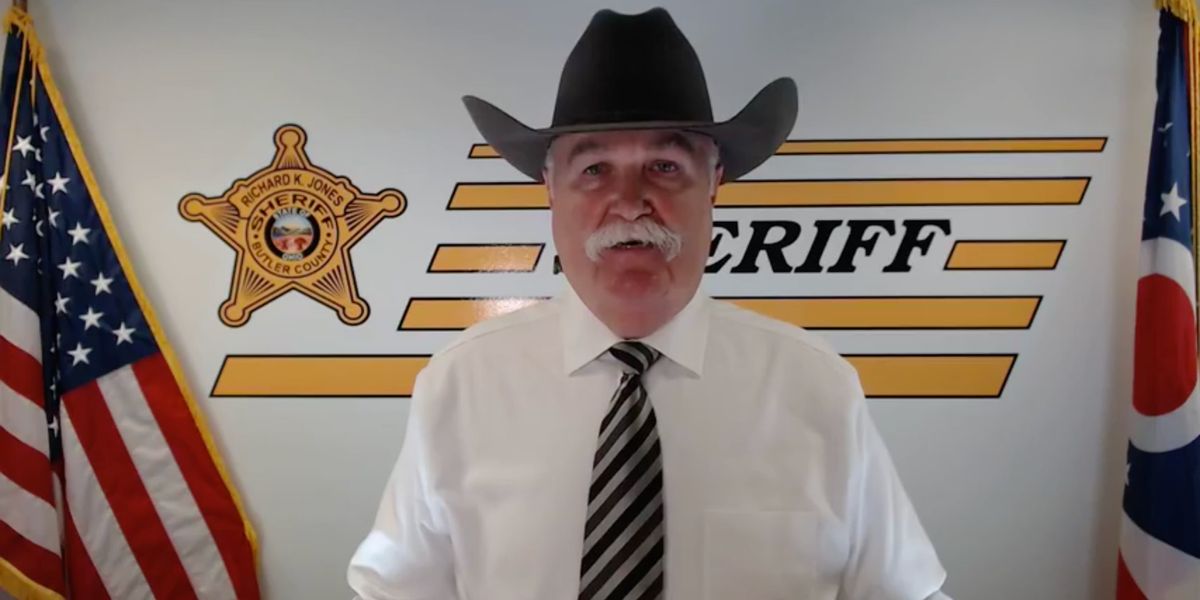 An Ohio sheriff
says he will help celebrities who want to leave the country if President Donald Trump is elected to a second term in November.

Butler County Sheriff Richard K. Jones — a self-described Trump supporter — said Monday that he will help any celebrities out who plan on leaving the country if they don’t get the electoral result that they want.

In a viral video, Jones says that he will donate money to celebrities for their airfare.

He adds that those celebrities threatening to leave are “mostly” the same people who are anti-cop.

“These are mostly the same people who don’t like police, that doesn’t like first responders. I hope you do leave,” he says. “Maybe you can make a better life there in that country.”

A press release from the department preceded the video and said, “Sheriff Richard K. Jones states it’s that time of election year again. Celebrities threatening to leave the United States if the President is re-elected. This happened in 2016 and it is believed not one celebrity left then and it appears the same threats are being made this election year.”

The sheriff isn’t wrong: musician Bruce Springsteen just last week threatened to leave the country if he didn’t get what he wanted come November. In a statement, the New Jersey-famous artist said, “If Trump is re-elected — which he will not be; I’m predicting right now he’s gonna lose — if by some happenstance he should be, I’ll see you on the next plane.”

In a viral
Facebook post from September, the Butler County Sheriff’s Office wrote, “If you think about coming to Butler County to abuse police, think again.”

“Butler County Sheriff Richard K. Jones states he has seen the lawlessness in the country over the last few months directed towards police,” the post continued. “The Sheriff has seen water dumped on police in New York, bricks and frozen water bottles thrown at police as well as officers blinded by lasers in Portland, Oregon. In addition, Police have been shot at in Chicago and all across the country.”

In a statement, Jones added, “I won’t tolerate it, period. You shoot at the police expect us to shoot back. I will not allow my deputies or any law enforcement officer in Butler County to take the abuse I have seen over the past several months. If you come to this county expecting a free pass to harm one of my men or women in uniform keep in mind, nothing in life is free.”